The story is pretty amazing and I am on Hilary Duff’s side on this one.

She shamed a photographer because he shot pics of her kids at a soccer game by posting him on her social media calling him a creep. Taking pics of kids is really fucking creepy and there is really no excuse or justification. No one should EVER take pics of kids that aren’t their own, or affiliated with their own.

Not to mention, the photographer is quick to say that he is there on his own, what he is doing is not illegal, and that Hilary Duff is the one turning it into something creepy.

That said, who the hell is Hilary Duff to enforce what is and isn’t creepy. Maybe he is innocent in all this, would potentially be worthy of a lawsuit if you were in his place, you know get a little payment settlement out of the celebrity babe, but what this dude needs to realize is that there is nothing NOT creepy about what he’s doing.

If this was me going up to a fat girl, saying “No Fatties Allowed”, I’d be the asshole, yet Hilary Duff, freedom fighter, vigilante for someone who theoretically against a dude acting within the law, is seen as a hero and maybe she is one.

All this to say, don’t take pics of kids, unless it opens you up to be shamed by a celeb on social media that you can sue for defamation and thus retire. 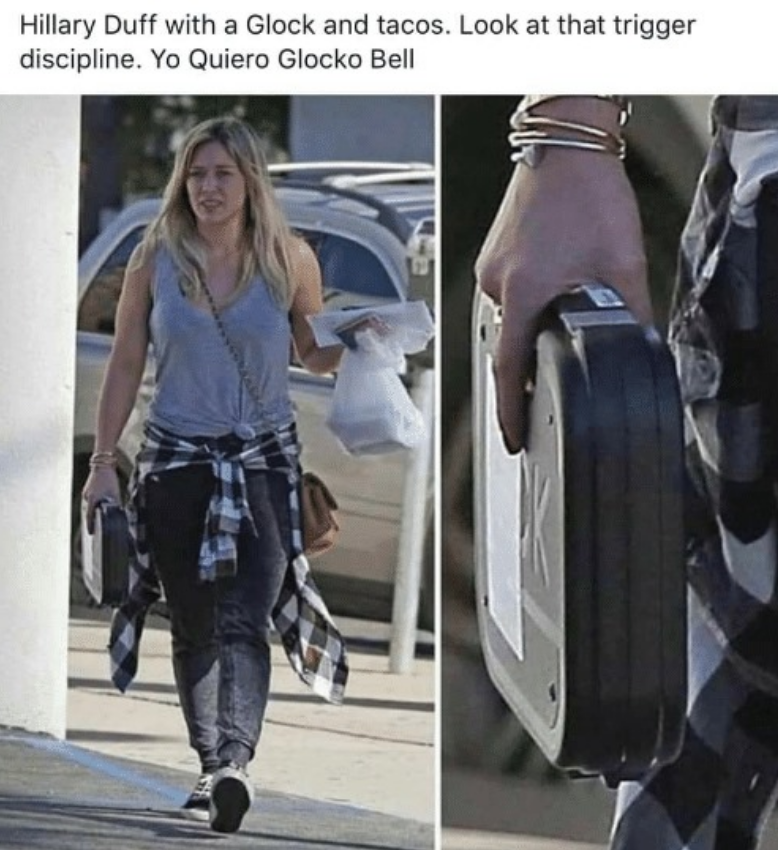