In an effort to take the attention away from everyone freaking out about that, Amber went out and pretended to rally in protests for Black Lives Matter. Apparently the photo she posted of her crying beside a police officer was staged, I mean she is an actress after all so I’m sure she knows how to fake cry. Apparently she popped in to take the pic and then went back onto Instagram and rush-followed 30 Black Lives Matter accounts, which she probably put on mute right away. Also take note of her fingers up her nose with her mask down, where is Corona when you actually need it!? 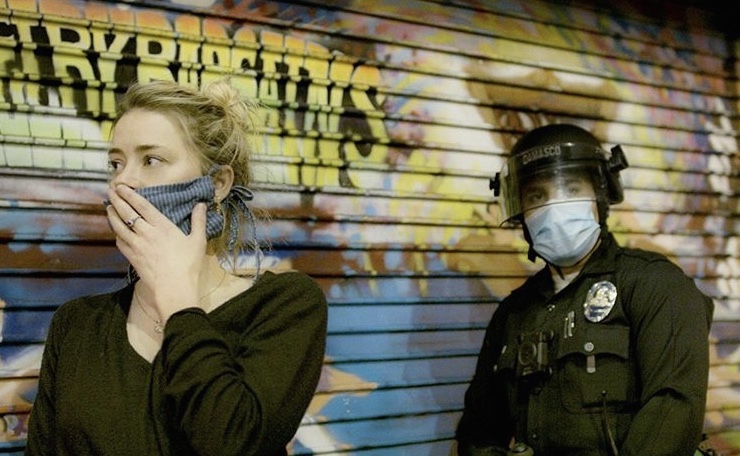 Here is her caption:

She’s getting called out for not only faking her support of the movement but for being an actual racist herself. Someone pulled an email she sent of a homeless man with what they say is a racist caption in the subject line. 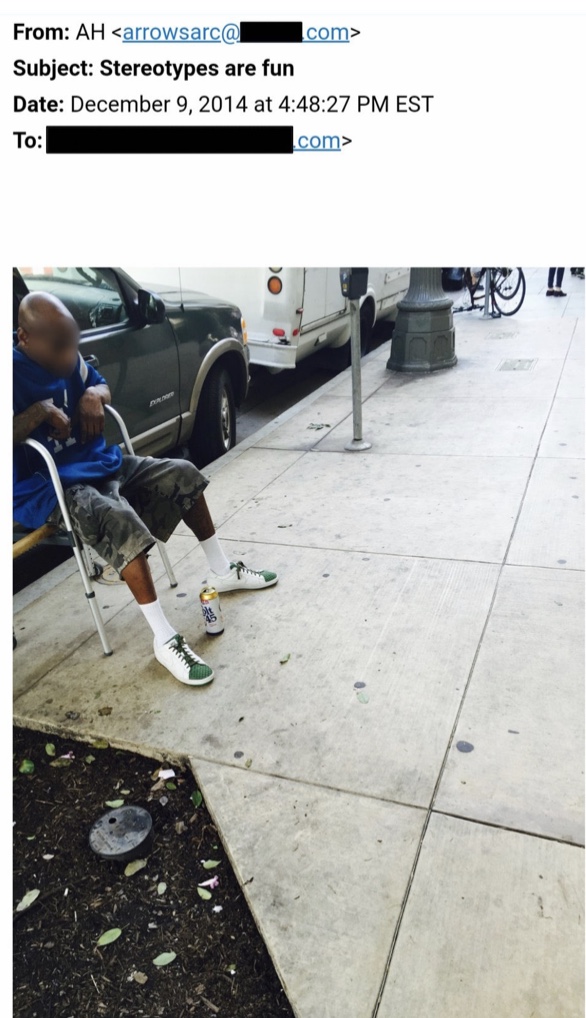 There is also this old tweet from her back in 2018:

She also apparently named one of her dogs Hadya which is an arabic name, she then called him a “little terrorist” on film. 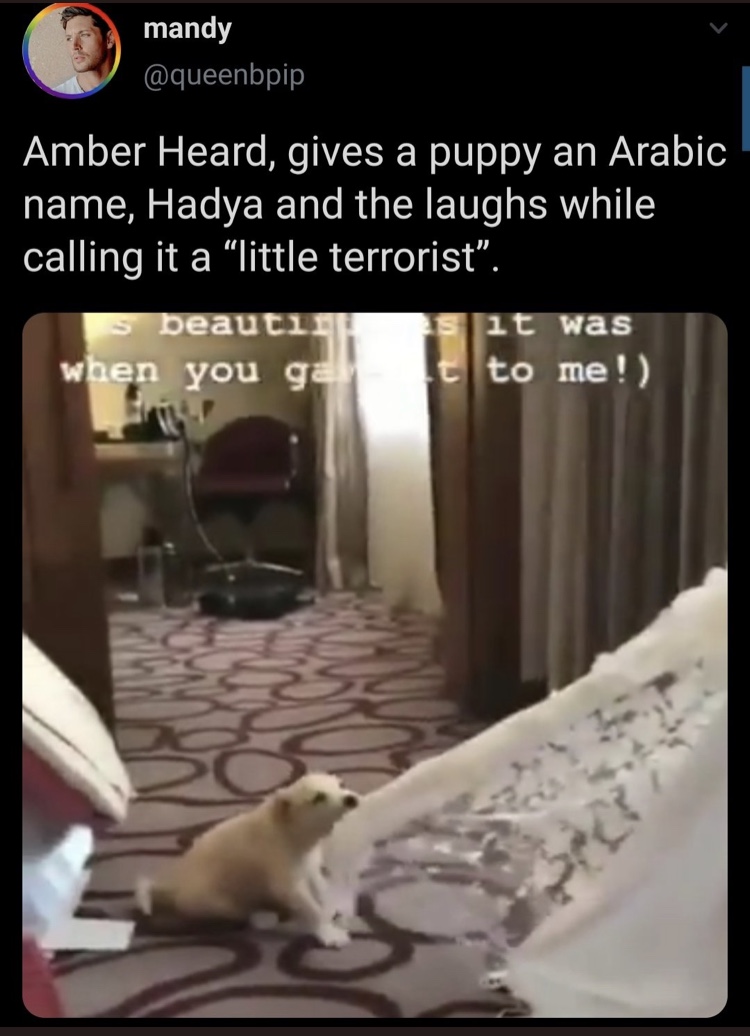 I don’t even need proof of Amber being a racist to hate her, she’s made it very clear that she’s an absolute scumbag.
Let’s go Johnny, take her DOWN!