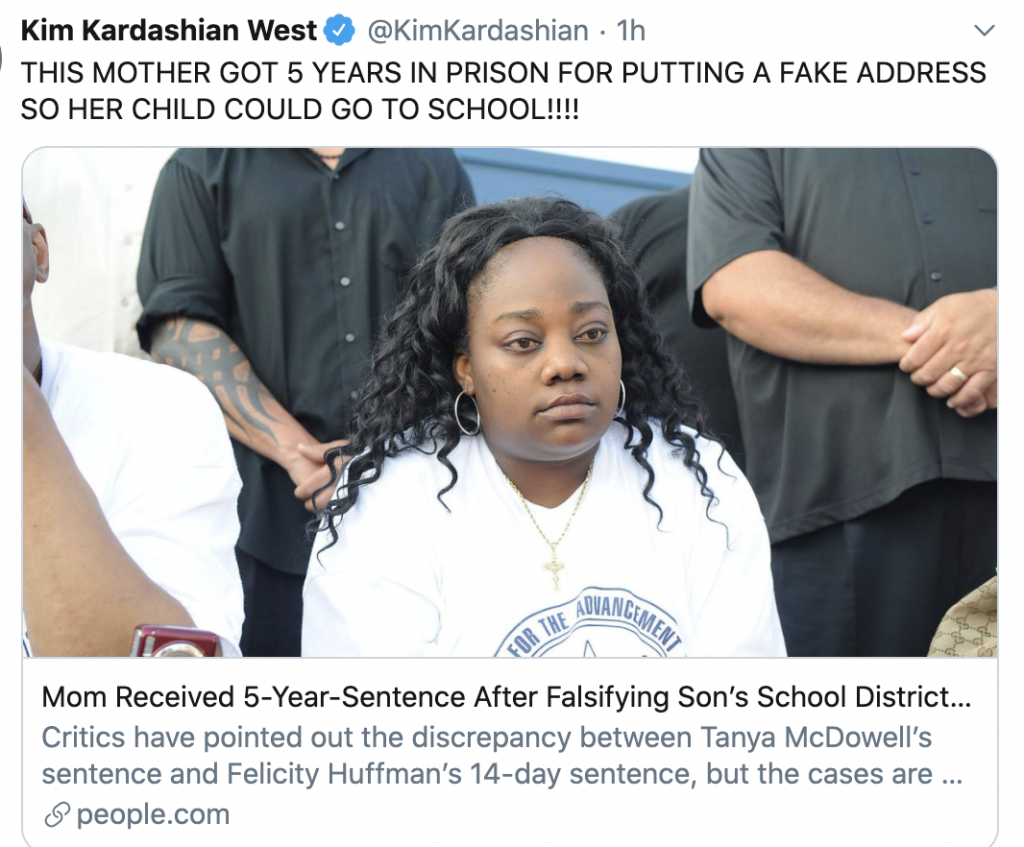 So we all know that Kim Kardashian is Fake News. That her sex tape was staged in collaboration with VIVID and the whole getting relevant on social media through their reality show was all brainwashing and designed. Well executed, sure, but she’s still a full of shit idiot.

It shouldn’t be a surprise since everything about her, even her ass that she used to get famous is fake.

The fact that the Kardashians are still a thing is beyond me, I mean you’d think the mainstream would finally realize they are idolizing and buying into garbage, like literal garbage.

Kim Kardashian is taking online law classes to follow her dad in becoming a Lawyer, so that she can continue her quest of freeing or bringing attention to wrongfully convicted criminals. An honorable way to continue to monetize her personal brand. You know, pretend you have purpose.

Yesterday, she signed a PODCAST agreement with Spotify, that I didn’t bother googling, because I block out Kardashian news, but that I am sure is very lucrative. The Podcast is going to probably tie into stories of the wrongfully convicted, to continue running with what I guess is working for them according to the metrics of their marketing agency that runs all their brand deals.

Today, I saw that People Magazine and KIM K reposted a story about a mom named Tanya McDowell who got 5 years for falsifying her address to get her kid in a better school. You know, pull on my heart strings like they were Ray Jay’s dick before you got real famous.

There’s even memes going around comparing this Tanya McDowell lady to Felicity Huffman, who got 14 days in her falsification of documents to get her kid in school.

This meme is going VIRAL, I mean KIM K even posted it which means so will everyone else, blindly assuming it is real because KIM K must VET her stories to make sure they are right, I mean she’s in Law School right?

I guess the angle is that a Black Woman is not being treated the same as a Rich and Famous celebrity, which for the record applies to all of us, no matter what our color is. Celebrities get away with murder, it’s a perk of being a celebrity, but in this climate, full of rage, it’s easy to spin the story in that direction.

According to SNOPES and some other lawyers I follow on social media, she actually got the time for selling drugs and soliciting prostitutes to undercover cops.

The school thing was an added charge:

McDowell in 2012 received five years in state prison in Connecticut in a plea agreement reached with prosecutors over numerous charges, one of which included felony larceny. The larceny charge resulted from sending her son to a school district in which she did not not live, and it drew a public outcry. But she was arrested again, after the school incident, on charges that she offered drugs and prostitutes to undercover police officers. Her attorney, Darnell Crosland, argued at the time that he believed police had entrapped McDowell in retaliation for the public support she received in the school case, but prosecutors stated police were following up on a complaint that McDowell was dealing drugs on the street.

In all, McDowell faced seven counts for the school incident and drug charges, which were resolved together with a plea deal in which she was sentenced to a total of five years behind bars, five years’ probation, and a 12-year suspended sentence. McDowell, unlike Huffman, also had a criminal record: a previous conviction for bank robbery and for having a weapon in a vehicle. McDowell’s record may have influenced her sentencing: “A person’s prior criminal history is taken into consideration in determining any subsequent plea agreement and the corresponding sentence,” Mark Dupuis, spokesman for the Connecticut state division of criminal justice told us in an email.

What it comes down to is she was a drug dealer, entrapment or not, so don’t believe anything a Kardashian says about anything and don’t get your news from a meme.

It’s not a black or white, rich or poor thing, it’s just being made out that way because #Clickbait.