By now you have probably seen photos of Demi Moore’s new face that she debuted at the Kim Jones Fendi show yesterday. The 58 year old’s appearance ended up being the star of the show, even though some of us tried to find some hope in Kate and Lila Moss appearing in a the show together, which was awesome.

Anyway Demi has clearly had some cosmetic work done during this pandemic, there is just no way this is the work of “clever” make up, unless they hired the crew from the SAW movie series to recreate their work of the Jigsaw puppet. Demi has made a horrible mistake with whatever this is and I’d love to know why her daughters didn’t stop her. Rumer where the fuck were you?

Years ago Demi signed on to appear in the Charlies Angels movie and around that time there were reports that she had something like a million dollars worth of plastic surgery done to prepare for the role.

I didn’t really believe that then, but with this new extension of her face it’s about time we do an evolution of Demi Moore post so we can see how the Striptease BABE turned into an insecure victim of plastic surgery. 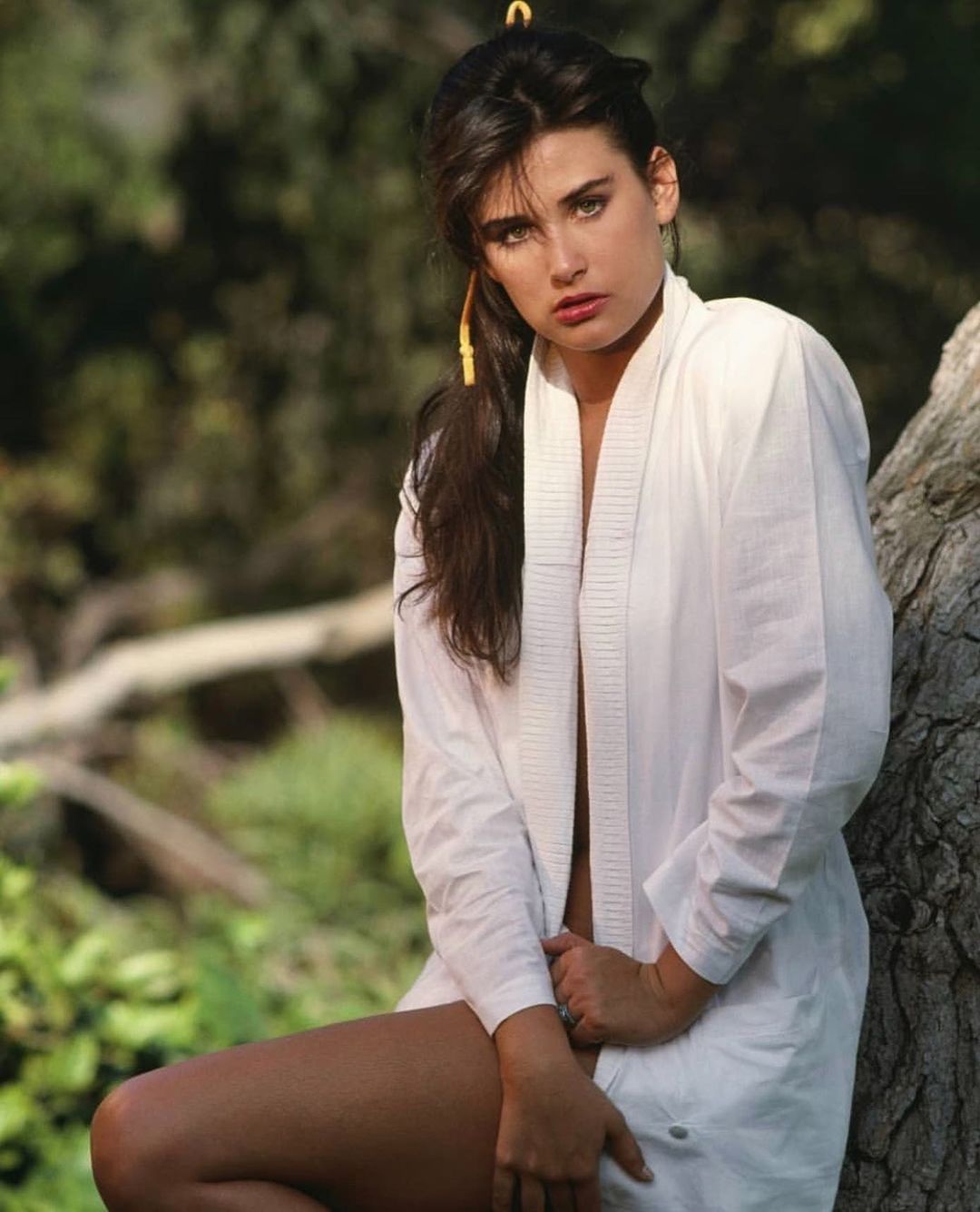