The Jussie Smollett case is a friendly reminder that the people put confidence in people that they shouldn’t.

This was an orchestrated event (obviously, the guy was found guilty), but I mean on a higher level because he is an actor, a gay black actor, a perfect person to cast to orchestrate the event.

Whether he was in on it to get attention to himself like some kind of hero, you know elevate his career, or if he was a pawn in this event by the higher ups will never be known.

But the fact is that he will get a slap on the wrist regardless, and the damage from what he did has been done, thanks to the media pushing the narrative for their own gain.

Here’s the orchestrated response from the various politicians who decided to run with the Jussie story without knowing the fact. 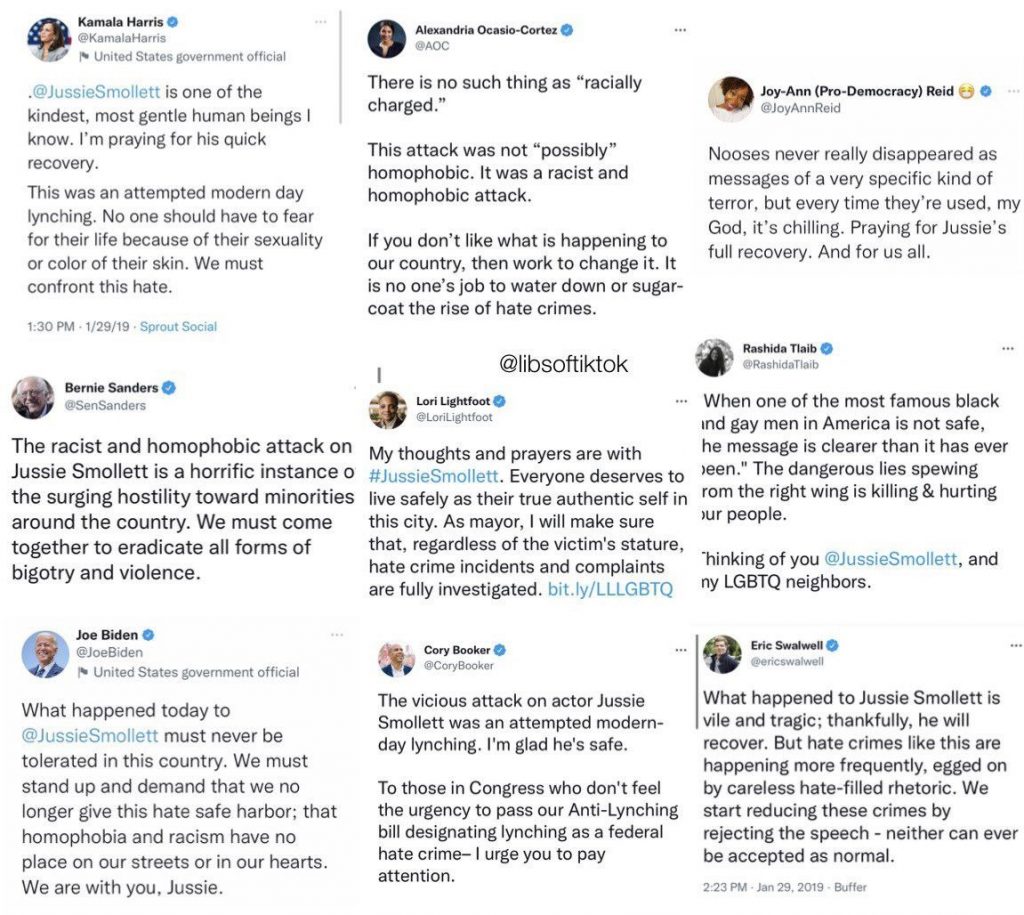 Here’s a reminder how your “news” sources covered the story without the facts. You’d think that even a low level investigative journalist could have done a minor dig into the story and discovered it was a lie in about 3 minutes, but why would do that, they had an agenda to push!

The story is ridiculous, but even more ridiculous is the people who were so into this story, still running with it, saying that if American wasn’t racist, Smollett wouldn’t have had to stage an event of this sort. They won’t admit they’ve been duped, they won’t admit he’s guilty and a scumbag, they’ll stick to the racist attack in Chicago by 2 White guys in MAGA hats, even though we already know the truth just to not admit they were wrong, that someone on their side would do this. It’s a weird world out there!