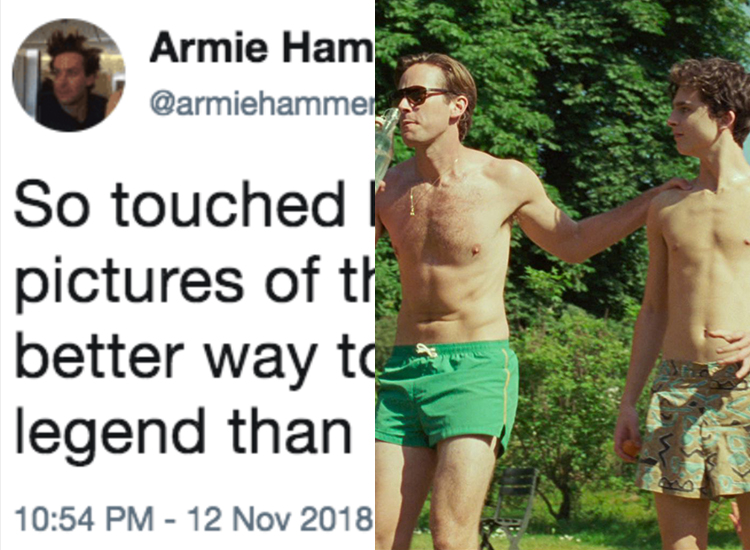 Armie Hammer found a surprise career resurgence thanks to his starring role in Call Me By Your Name. This came after a string of flops like The Lone Ranger and The Man from U.N.C.L.E., and gave the not wildly skilled... READ MORE

A new Twitter confession from superstar Amber Tamblyn is just the latest development in a prissy online bitch brawl between Armie Hammer and James Woods over Woods' comments regarding Hammer's role in Call Me By Your Name. Hammer plays... READ MORE

A  homeless woman named Jo Anne Vandegriff came up with an interesting way to get a pitch meeting : suing Amanda Bynes. The wannabe TV producer wasn’t having any luck getting a meeting at Disney to pitch her Civil War... READ MORE

‘Lone Ranger’ has a trailer too

It’s been a few months since we got to see Helena Bonham Carter act opposite Johnny Depp in a funny outfit, so here’s the first trailer for ‘The Lone Ranger: A History of Trains in America and Their Impact... READ MORE

Johnny Depp feels Tonto would wear a crow for a hat

Mega-Producer Jerry Bruckheimer has a twitter apparently, and this morning he posted the first look at Armie Hammer as Dan Reid and Johnny Depp as Tonto in ‘the Lone Ranger’, though if they wanted to call this a bio-pic... READ MORE