Angelina Jolie opens up in the new issue of InStyle about being hot and old, and there’s really not much to glean besides the fact that the interview reminds us that Angelina Jolie probably hasn’t had any plastic surgery. At least none that she would admit to or that’s glaringly obvious. When comparing young Jolie to the current old one, the progression seems believable, which is more than can be said for other stars from her generation. When the end result looks like it was baked in the oven at 350 degrees for two decades.

The secret to youth that people don’t talk about enough is to stay as thin as possible for as long as possible to keep the size of your largest organ – skin – to a minimum. The less skin you have the less there will be to droop, and Jolie nipped this in the bud years ago by being an anorexic heroin addict. See kids, you don’t need plastic surgery. Just smoke a lot and get addicted to drugs and have zero self-worth like the movie stars.

Jolie on not wearing a lot of makeup ::Wink::

I have very full, big features, so if I did everything, I’d look a bit like a clown. It’d be just…a lot.

On being a punk youth:

I’m sure I had my moments when I was little where I would put makeup all over my face, but I was a bit of a tomboy. And then I was a bit of a punk. Nowadays it’s very popular to dye your hair blue, for example. In my day you bleached it and used a Sharpie [for color].

And on being old:

I also see myself aging, and I love it because it means I’m alive—I’m living and getting older. Don’t love having a random dark spot from a pregnancy, sure. I see my flaws. But what I see that I like isn’t about a structure or an appearance. It’s more that I see my family in my face. I see my age.

Yeah I bet she’s seen a lot of people in her face. Jolie is definitely my favorite adulterer, and I’m glad that she can live with herself and isn’t concerned that over the next ten years she’s going to transition into a half-deflated balloon animal. Good on you Jolie. 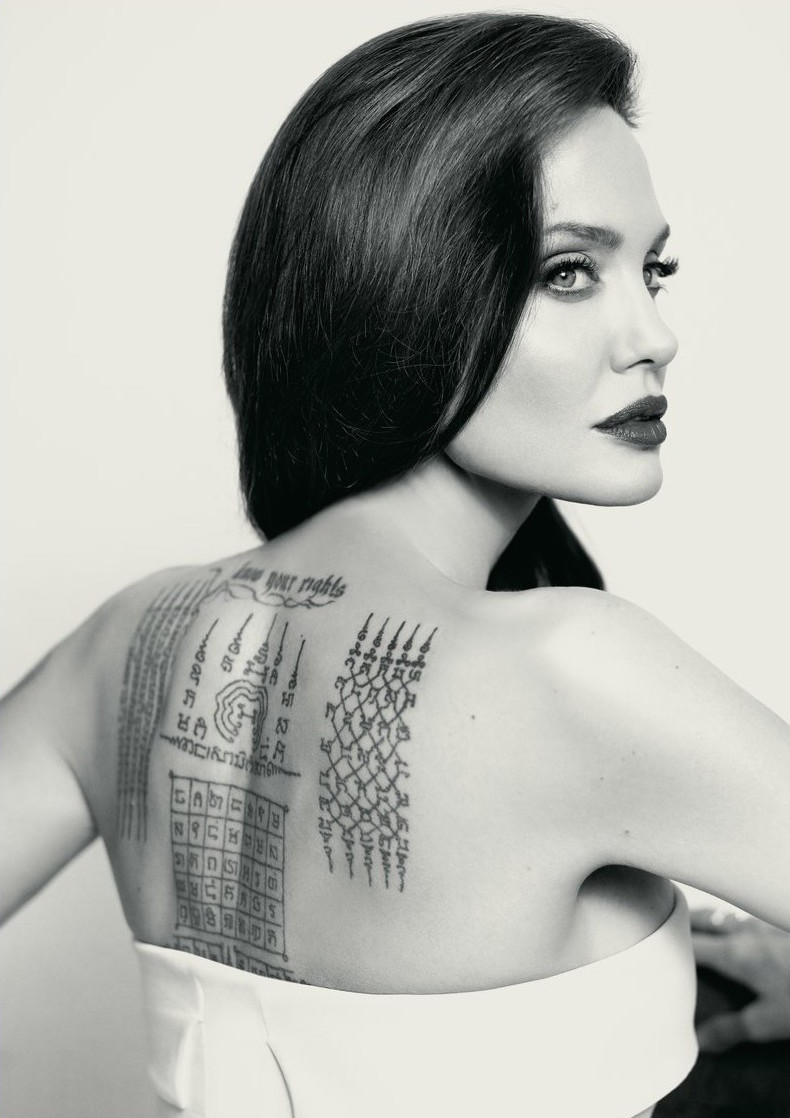