Sharon Stone has always come across as a bad ass bitch, and sometimes just a bitch, but she’s taking a stand that pretty much no one else dares to take on the recent wave of assault allegations in Hollywood, and it shows that she has good instincts. That she’s anything but basic. Stone breaks with the tradition of blacklisting actors as soon as news breaks that someone can profit off of a possible offense from a sexual encounter that may or may not have happened in a new interview on Marc Maron’s WTF podcast.

Stone specifically refers to James Franco, who she wrongly identifies as the “loveliest, kindest, sweetest, nicest man” but correctly identifies as someone who has been convicted without a fair trial. Since finding himself at the receiving end of sexual harassment allegations earlier this year, Franco has been shunned by the acting community, and considering that most people hated him even before the allegations, this leaves him with pretty much one friend. Sharon Stone:

I’m appalled by this thing about him that is happening. Now all of a sudden he’s a bad guy? I worked with him, I know him. … He’s a kind friend, lovely professional. I’m absolutely appalled by this.

I don’t feel like these trials without due process are entirely appropriate. I feel that it’s appropriate that people have to take responsibility for the actions, but I do feel that some due process is in order. There’s a range of activities. And you can’t charge somebody with a felony over a misdemeanor. There has to be a balance here where this has to be heard in a rational format. So this isn’t just black and white. And it can’t be that every man who doesn’t know what the f— he’s doing in life is a criminal. ‘Cause a lot of men are just stupid.

One of my biggest problems with the #MeThree! movement from its inception was that it conflated all manners of sexual misconduct, with everything from truly horrifying experiences of abused women to Taylor Swift’s pancake ass grab photo op being filed under the same headline of “Rape.” This minimizes the experiences of actual victims, and the movement has been leveraged for career advancement for celebrities like cocaine addict Rose McGowan. Stone continues to explain that enduring a bad date with a douchebag doesn’t mean that you were gunned down by the Taliban:

You go out with them, they bring you home for a good-night kiss and they grab your hand and put it on their penis. A 50-year-old man. I don’t think they’re trying to sexually harass me, I think they’re just incredibly stupid and awkward. Like, really? That’s your move? Please don’t ever call me again, because you’re too stupid to date. I don’t think I should ruin your whole life over that but I just think you’re incredibly stupid.

New WWTDD rule. We have to like Sharon Stone. 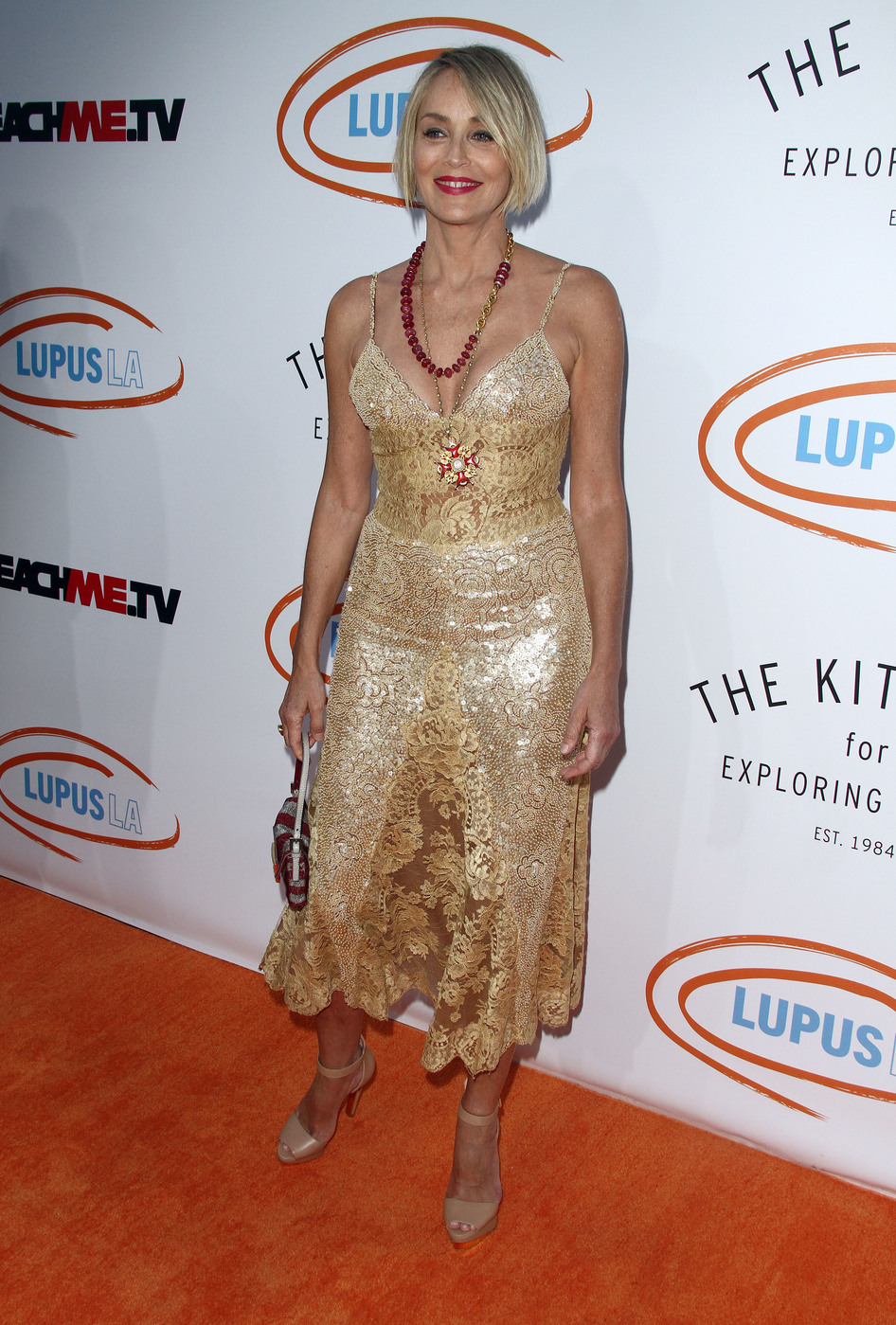