All The Cool Kids Are Killing Themselves

Even at 20 years of age Paris Jackson isn’t free from her teen angst. She’s still participating in activities such as casual lesbianism inspired by Katy Perry and long suicidal walks along the ledges of buildings. It’s rough being in her rich shoes and her family is terrified that she may end it all soon.

Paris Jackson’s family fears for her life. They even compare her near-tragedy to the time that Michael Jackson dangled baby Blanket from a window.

“But this is worse than that because I still think Michael had control of Blanket and they weren’t nearly as high up as Paris is in this video.”

“She’s lost it. She really has.” The relative goes on to say: “Everyone saw that video, and even though we all knew that she’s now OK, watching it was so traumatic that nobody wants to show it to either Katherine or Joe.”

But Jackson isn’t taking it laying down unless it’s Cara Delevingne on top with a slicked back do sporting a fluorescent strap on. It’s amazing how this family accepts that Michael dangled a small child from a balcony, almost fumbling Blanket and causing him to fall to his death but Paris doing a little personal parkour is a problem. Dangerous activities are embedded in her DNA thanks to daddy. She had a few words to say to her hypocrite relative in a video.

“So apparently people think I’m about to die.” She states that pretty matter-of-factly in this video, which was recorded while she was in a car with a friend. “My therapist texted me about it laughing though, so that’s good.” Paris continued in a second video (also below), saying: “So I guess to the family members that are talking to all of these news outlets saying they’re worried for me:” “When is the last time you called me?”

This family is in great shape. Paris allegedly talks to a therapist who supports uploading videos of herself almost slipping several stories to the concrete below for social media more than she speaks to her family members. She must have the same therapist that convinced Kurt Cobain the only way to get rid of the voices in your head is by getting rid of your head completely. Paris obviously doesn’t have the best support system around her and hopefully she gets the help she needs soon. Her options for the future are looking slim. It’s a toss up between joining a spiritual cult or slitting her wrist. 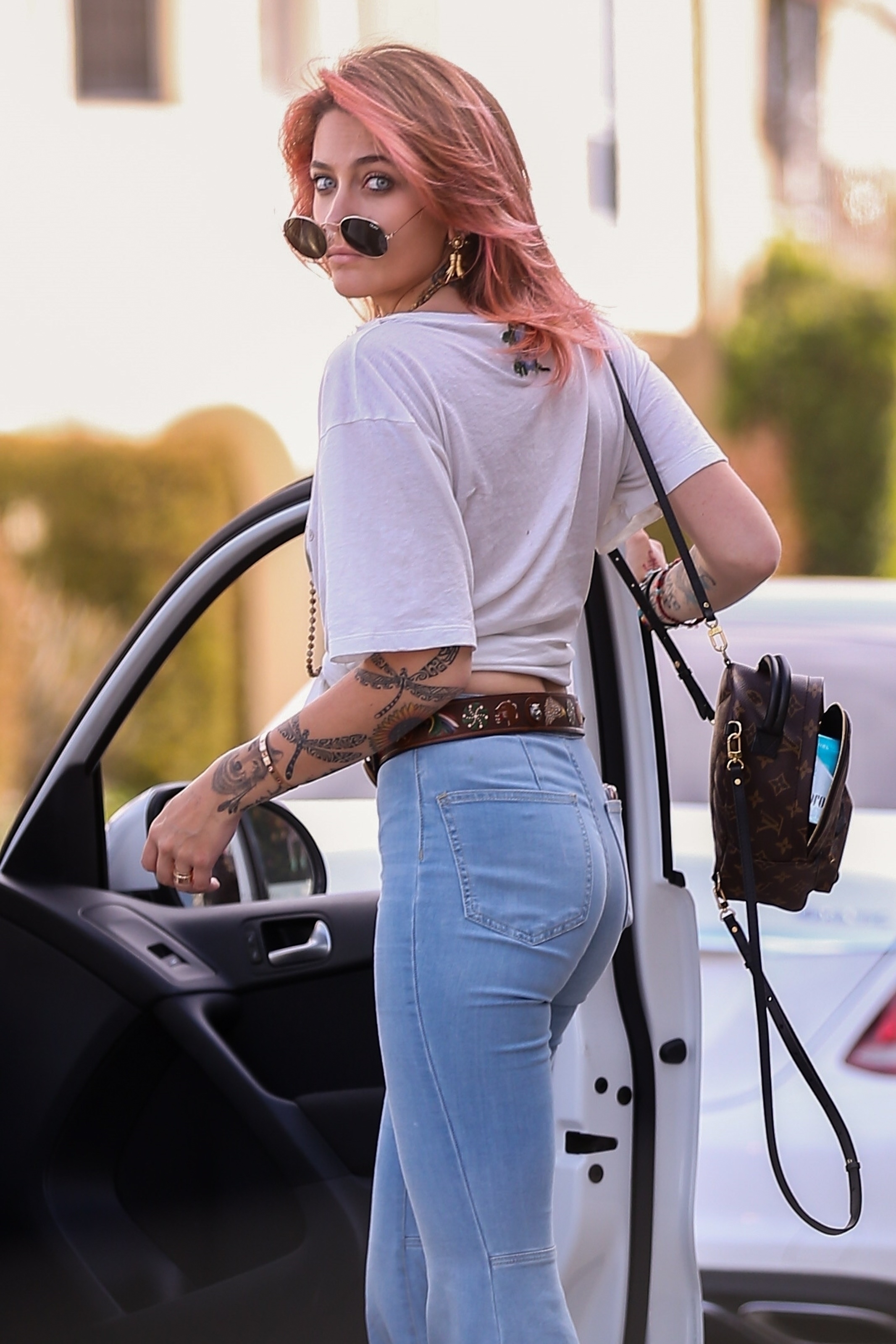