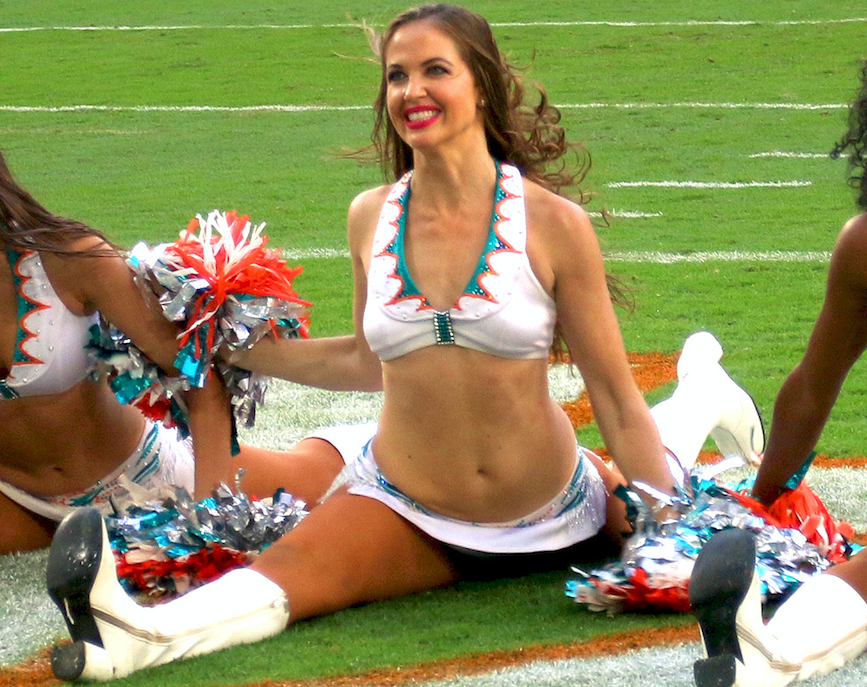 They always say that the best profession for avoiding personal judgment is cheerleading – especially for NFL viewers hoping to add a vag lip slip to their spank banks. At least this is why Cheerleader for Christ Kristan Ann Ware apparently signed up for the gig, so naturally she was dismayed that, during her three years shaking her pom poms for the Miami Dolphins, she was criticized for her faith and abstinence. Expounding the virtues of chastity while getting paid to get dicks wet is a right, and now Ware is filing a lawsuit against the Dolphins for not allowing her to be her true pure self. Hands off boys. This pussy is for Jesus.

Ware ended her Dolphins tenure in 2017, and now has officially filed a complaint with the Florida Commission on Human Relations for what she’s calling out as discriminatory behavior she faced from the cheerleading director Dorie Grogan. Kristan and Dorie. Classy. Grogan said to Ware in 2016:

Let’s talk about your virginity. As far as we are concerned you have taken something that was once upon a time pure and beautiful and you’ve made it dirty.

Grogan was forced to issue an apology, but is still employed by the Dolphins. Ware was open to her teammates about wanting to receive the body of Jesus deep inside her soul, but her lawyer, Sara Blackwell, claims that she never tried to convert her teammates or bring religion into the workplace – something that could potentially put Ware herself in the hot seat:

She never once witnessed to anyone, she never once asked anyone if they believed in Jesus. She is the friendliest person you will ever meet. If she talked about her faith in God, it’s because that’s who she is, not because she is trying to convert anyone.

Kristan told her teammates that she was waiting until she was married because of her personal relationship with God.

Ware alleges that all of this cumulated in created a hostile workplace. Work. Right. I’m not exactly sure what the end goal of being a cheerleader is if it’s not to get raped by ex-con athletes, and if Ware is so vindicated in her religion, I’m not exactly sure why she cares what a bunch of future Florida strippers think about her. Here’s what Ware had to tell The Washington Post about her lawsuit:

She sounds like a hoot. Shocker the other girls didn’t like her. Judging by everything I’m seeing in that pic above, my guess is that Kristan was the runt of the litter, and if people we’re clocking her virginity, they’d move right along to that face. Maybe someone needs to count her blessings. 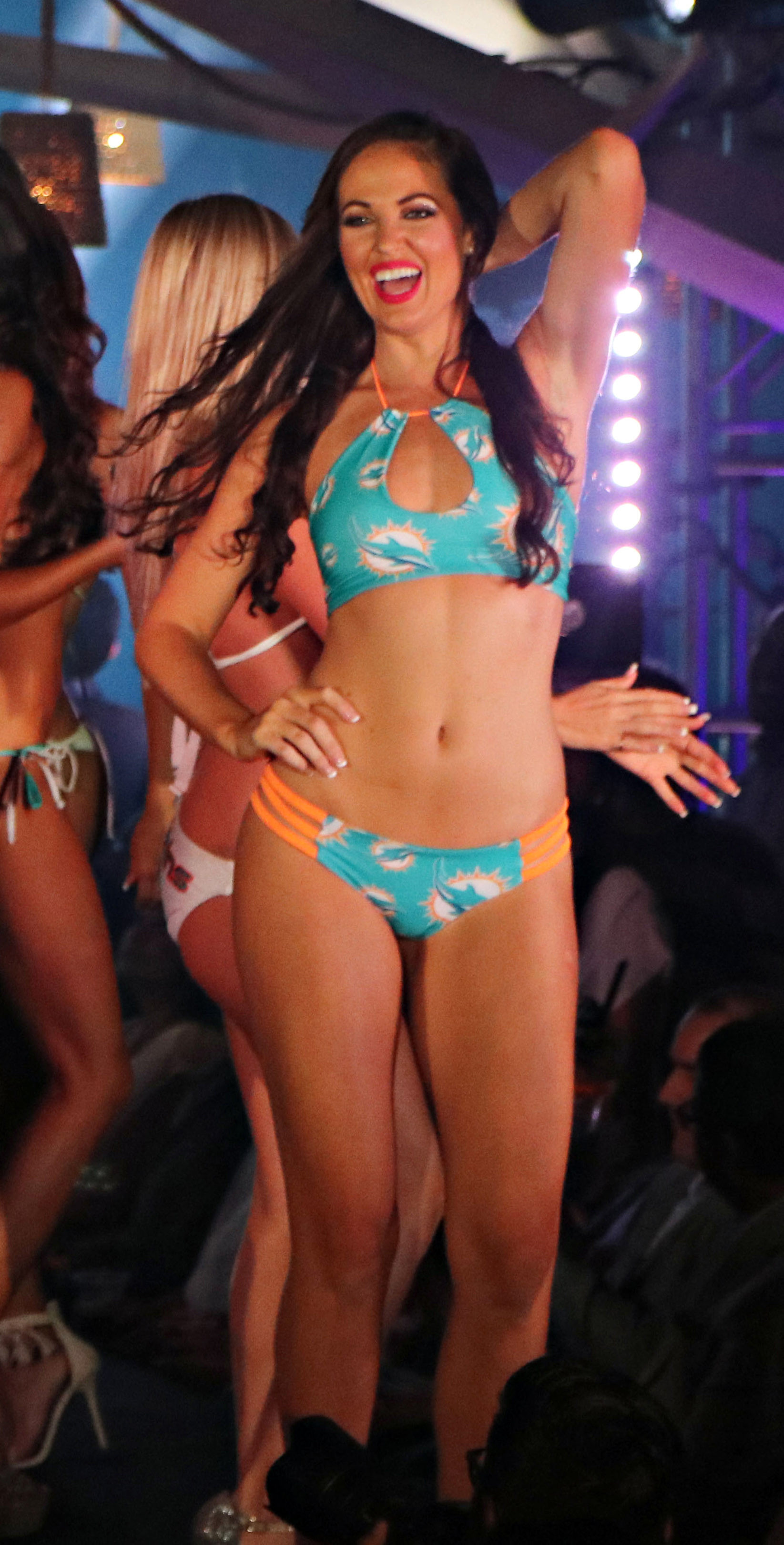