Elisabeth Moss In Complete Control Of Selling Her Nude Body

The Handmaid’s Tale is not a great program. And if you were to look at it for what it is you’ll see that it’s almost an hour’s worth of propaganda and pandering to first world feminism each episode. It’s Roots for white woman. Nicole Arbor’s women’s edit video to Childish Gambino’s This is America. Elisabeth Moss is basically the caucasian Kunta Kinte with her foot still attached for now. The show imagines a world where the patriarchy finally wins and makes America great again like the year was 1950 with the absence of Jim Crow laws. Equal oppression for all. But Moss isn’t upset over her character that’s being controlled by others because she has complete control over her nude scenes. Every show knows that in order to get any series renewed in this day and age a season must average at least two tit scenes a season. And Moss is in the driver’s seat when it comes to showing her girls and dropping her unmentionables on camera.

When Elisabeth Moss learned she would have to strip down for the Hulu original series “The Handmaid’s Tale,” she said yes — under one condition.

The 35-year-old said she needed to have full approval over her nude scenes. And she wouldn’t have it any other way.

“Everyone should have it,” Moss told The Hollywood Reporter Monday as part of its Drama Actress Roundtable. “It means I have 100 percent approval over all the footage and I can literally say, ‘You cannot use that scene.’”

I’m not sure if I’m in the minority but Elisabeth Moss is not a woman I want to see naked on Handmaid’s. It sounds about as enticing as the nude scenes from Orange is The New Black. Elisabeth is full of depression and has perpetually blood soaked granny panties all throughout the second season. Plus she’s paler than the average homicidal virgin incel on the internet looking for the courage on forums to become the next Elliot Rodgers. Moss is about as attractive as an albino lab rat and I hope she uses the control she has over her nude scenes to keep her clothes on. I’m fine with Yvonne Strahovski stripping for the show, and if Alexis Bledel wants to take her clothes off I wouldn’t mind. But Moss, big bosom Aunt Lydia, and everyone else should make sure they’re behaving like modest Christians and keep their cleavage to themselves. 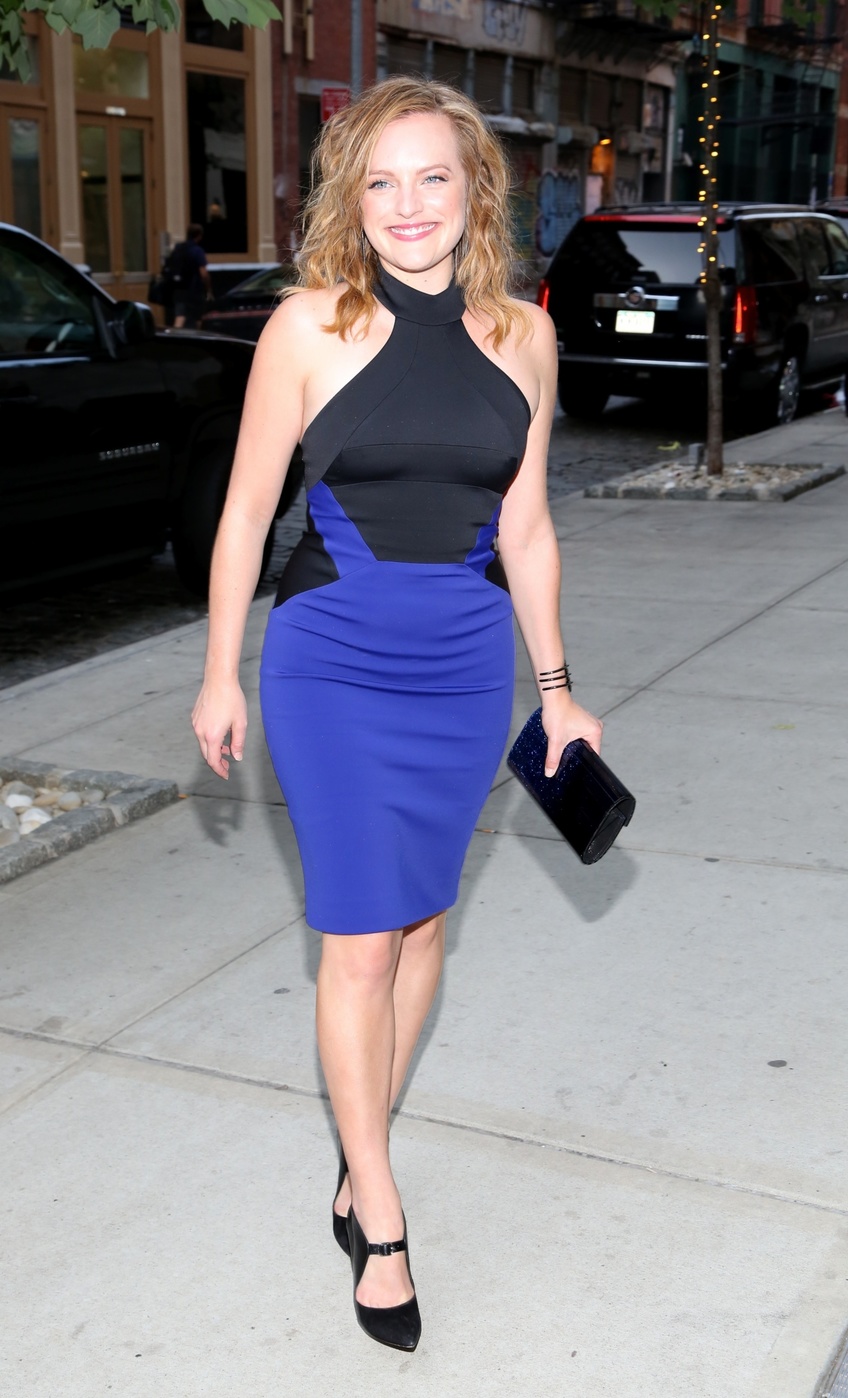