John Oliver Into Used Jock Straps And Koalas With STDs

John Oliver’s face looks like the Groucho Marx funny nose glasses combo, so I’d expect a man who always looks like he’s in a Party City incognito mask to be into some weird things. But into weird things is an understatement when it comes to being the man that willingly purchased Russell Crowe’s used jock strap. It’s disgusting what men have to go through financially after a divorce. If selling sweaty jock straps is the only way for a guy to keep himself afloat financially then maybe the process of how divorce settlements are decided needs some reformation. Even stranger, after John bought the jock strap to help his fellow man out, Russell showed his gratitude by naming a Koala chlamydia ward after Oliver. I had no idea Koalas were such avid fans of not utilizing condoms or safe sex practices.

John Oliver doesn’t see how he can top his latest accomplishment! After Oliver purchased several items from Russell Crowe’s divorce auction — including paying $7,000 for the jockstrap Crowe wore in Cinderella Man — the 54-year-old actor found an ingenious way to thank the host of HBO’s Last Week Tonight for his generosity: by naming a koala chlamydia ward in Australia after Oliver.

I’m guessing the only winners out of this situation is the wildlife. Which is great news. One less Koala without chlamydia will help me sleep slightly better at night. But I’m curious as to how so many koalas caught chlamydia in the first place. What’s going on in Australia? Who was hopped up off of Vegemite and decided violating poor, defenseless marsupials was a good idea. I hope the Dingos and Joeys aren’t next.

I’ve had a eureka moment on how to use @iamjohnoliver from @LastWeekTonight auction money . His random act of kindness is going to be honoured in such a cool way .
Yes, no surprise, it will involve wildlife . @rickygervais @jimjefferies @jimmycarr @edsheeran @edwina_b 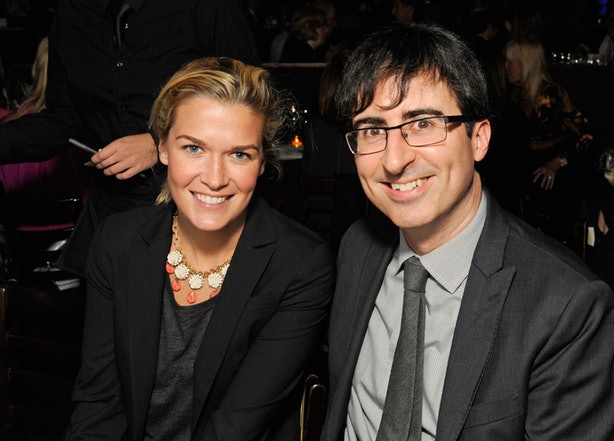