I get some joy from seeing lesbians go through problems. Because there’s really only two reasons why women date other women. Either because they look like a man themselves or they’re fed up with men altogether. Cara Delevingne looks like she’s arrived at the decision to become a homosexual due to both reasons. Some women will look for a lesbian relationship to be a way out from the absolute horror experienced from dating men. Do you know how many women are now into women just because their boyfriend left the toilet seat up one too many times? But it looks like Cara is showing Paris Jackson that just because her girl package is plastic and detachable doesn’t mean she can’t cheat or move on quickly how most men do after a relationship is over. Cara was spotted holding hands with Ashley Benson from Pretty Little Liars.

Cara’s recently been linked to her rumoured ‘girlfriend’ Paris Jackson after they were spotted kissing at the end of a double date with Macaulay Culkin and his partner in March.

Yet the 20-year-old was nowhere to be seen when Cara Delevingne was spotted holding hands with Pretty Little Liars star Ashley Benson as they left restaurant and bar Lucky Strike, New York, in the early hours of Friday morning.

Cara is most likely a catch in the lesbian world. She has charming boyish good looks and home field advantage when it comes to knowing a woman’s body. Paris probably isn’t wrapped too tight. She’s emotionally unstable and still believes the King of Pop is her biological father. Delevingne eventually got fed up and finally moved on to something better. Or at least someone who doesn’t talk about Thelma & Louise-ing it off a cliff everyday for no good reason. 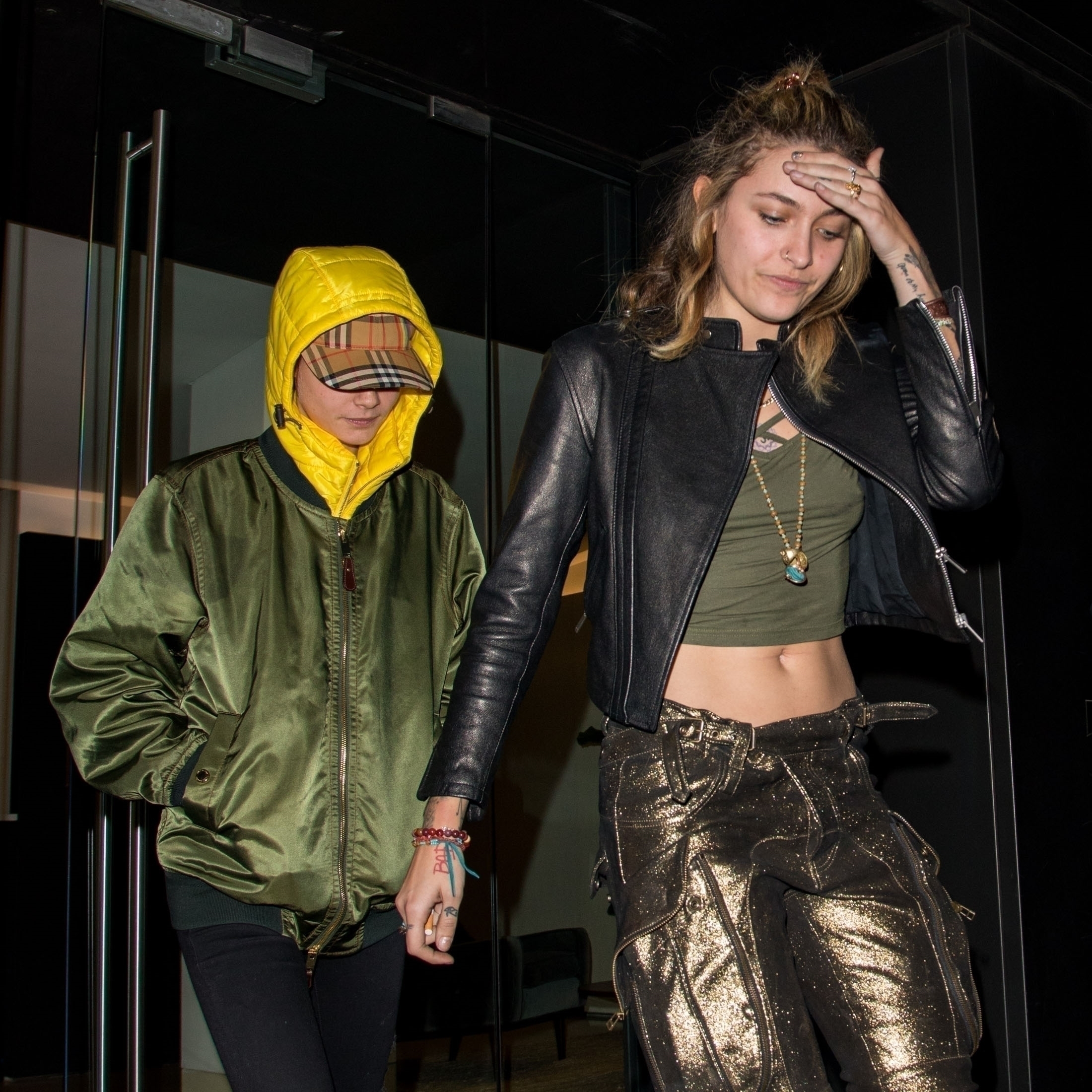