Crazy relationships are the best. They’re spontaneous. And the threat of possible life-ending violence really keeps the love alive. No one wants to be the boring couple. Can you imagine how great the make-up sex is going to be after your woman hits and drags you with an automobile. Ronnie Ortiz-Magro is at the receiving end of that kind of kinky love. His lover Jen Harley was arrested for smacking him up and hauling him around with her automobile. You’re officially not having a great year with your significant other until your face has been close enough to kiss the Goodyear tires of a moving vehicle being driven by your very upset babymama going full Bruce Banner with a baby in the backseat.

Las Vegas Metropolitan Police Department have confirmed to Us Weekly that Harley was arrested and charged with beating Ronnie up, prior to dragging him around with her car.

According to TMZ, the MTV star got into an argument with the mother of his child while driving home from a barbecue.

Ortiz-Magro reportedly demanded Jen pull over and let him out of the car.

She supposedly took off when he got caught in his seat belt, dragging him and injuring him … while their infant daughter was in the vehicle.

Seat belts are supposed to save lives, not almost make a person lose theirs. I’m not sure who’s to blame here. Women are never to blame so clearly the only options left are Ronnie and the car manufacturer. If there had been domestic violence-proof seat belts Ronnie would still have his dignity intact. Maybe he should move on instead of attending cookouts with women who severely malfunction the minute they’re a few feet further than the Seaside Heights boardwalk. At least that way he wouldn’t have become the victim of an attempted homicide. 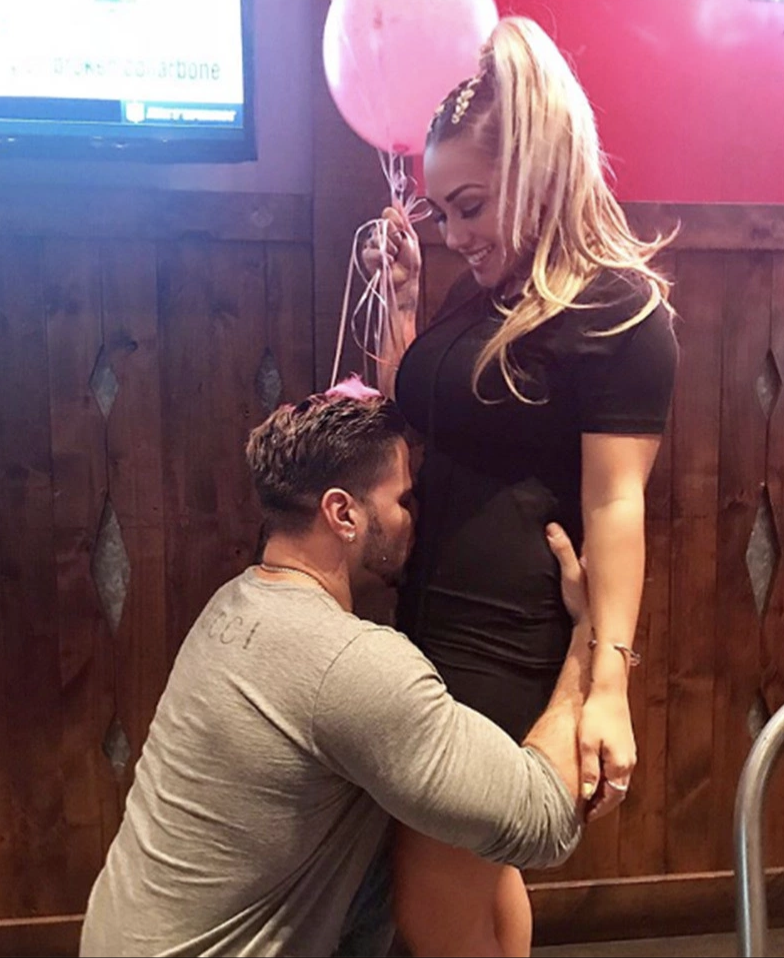