Those who say that parenting is hard don’t know crap about crap, because, at least according to Teen Mom alum Farrah Abraham, you simply traumatize your child and then exploit these experiences that will eventually land them in rehab for shock value and publicity. Give me a kid. I can do that. I’ll make them watch Inside Amy Schumer.

Abraham’s five-year-old Pomeranian Blue recently died, and Abraham took everyone’s favorite photo opportunity – the death of a family pet – to a new level when she filmed her daughter Future Emotionally Damaged Stripper petting the dog corpse. This is sick, even by camgirl standards. What’s even sicker is that a stripper shoe-clad Abraham extended the fifteen minutes of fame we should all hope for when our dog dies by getting photographed while handing over the dead dog to a taxidermist. This is in addition to a family selfie with Blue in which Abraham gives the ol’ “Guess it’s dead :(” smirk. Her daughter simply wears a smile. Taking solace in the knowledge that death offers an escape from her mother. 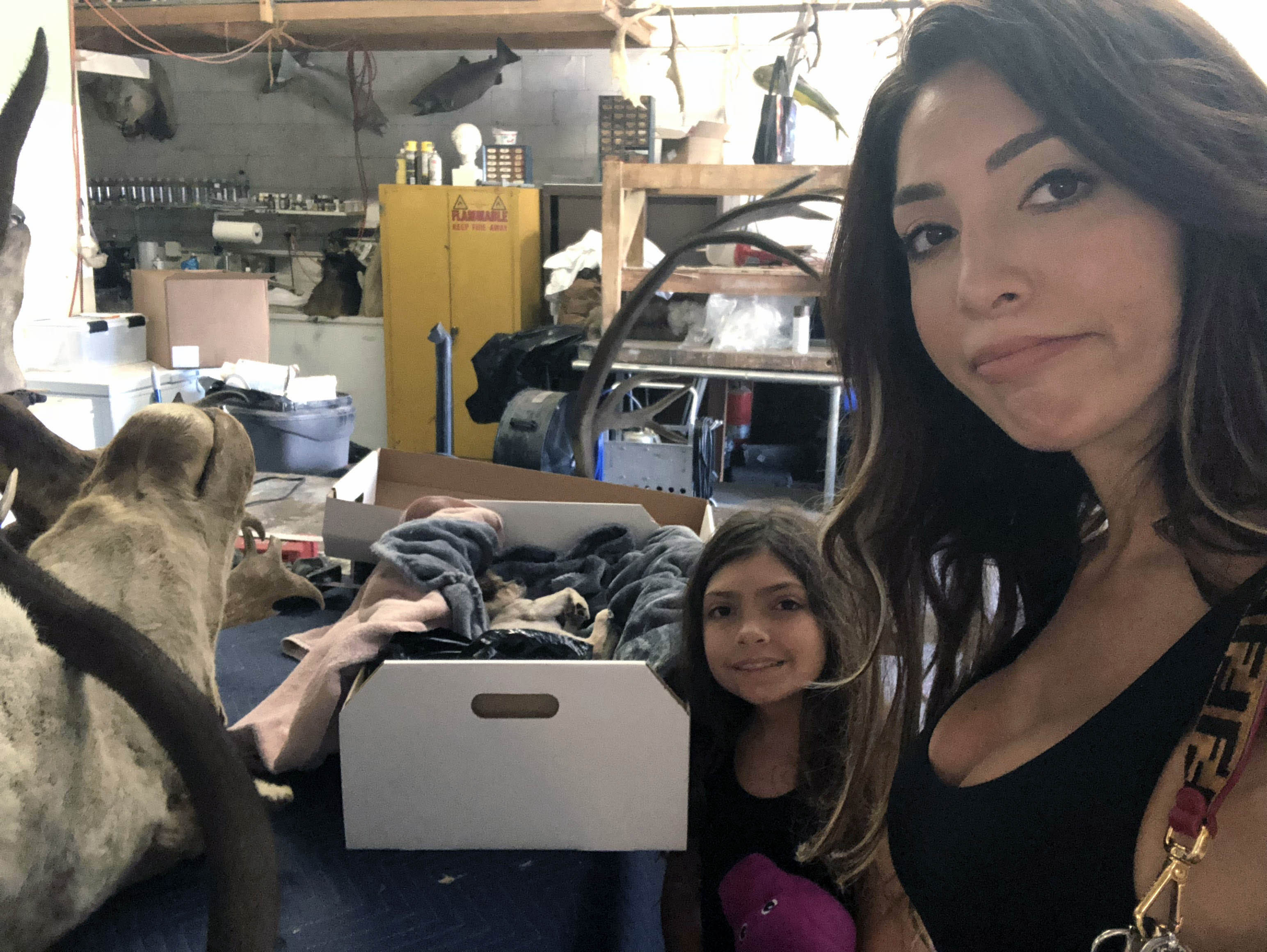 7/18/2018 I had to share this as this doesn’t even seem real tonight we lost a best friend,a little brother to my daughter & most adorable Pomeranian BLUE, I remember like yesterday bringing him home to Sophia from Florida and having Blue in our lives for 5 years now brought such a sense of love, support, relief, joy, fun & so much more I’ll be grateful for the rest of my life. As a single mom this little guy has been my right hand man through everything and you all have shown so much love to BLUE over the years that’s it’s surreal we are even having to say he passed away tonight at around 8:35pm after being put down around his dog door to go out to potty on his balcony and literally no noise! no signs! and Sophia sees him just stop moving and she try’s to figure out what is going on & yells for me I’m in disbelief and she hands me my half limp Blue -thinking low sugar, we grab syrup and water, his eyes looking at me as if he’s talking but his tongue can’t move and his body can’t but I see in his eyes he loves seeing his water and food and light of all the food and I feel his heart beating and we’re giving him love but as his body goes limper we call the Emergencey vet and rush to the Emergencey hospital and no heart beat found was found- were incredibly blessed to of had one of the cutest most best friends in the world with Blue he’s is a little star and forever will be in our hearts. I always said if he ever passed I would stuff him and put him on my shelf so I hope for our memory of our best friend BLUE to be brought back home soon again thanks to pet taxidermy.

We love and cherish BLUE and learn so much from our dog passing away , with out a sound BLUE forever loved. I’m very proud of Sophia saying her good byes and loving her best friend and little brother so much – from tag, to sleeping together the memories melt my heart . Loosing your family’s best friend is awful and Sophia & I have had many firsts but I never thought a first like this would ever happen.

Someone who treats her body like a Play-Doh Fun Factory can’t be expected to fully grasp the sanctity of life. And just like Abraham’s tits and ass, this video is wrong on so many levels. Nine-year-old Future Emotionally Damaged Stripper took to her Musical.ly account after the trip to the taxidermist to state:

I was getting Blue to go outside and my only choice was to toss him outside. And then I did but then he went into shock and 30 seconds later he passed with no heart beat.

The fact that her pre-teen daughter has free rein of social media is a conversation for another day. Abraham added that “Blue and other Pomeranians have been stressed from construction at our building,” and that he “…actually went limp once Sophia picked him up, as he was having anxiety again because of construction and didn’t want to go to the bathroom on the balcony.” Now that these two understand the powerful publicity opportunities afforded by dead pets, expect for animals to be dropping like flies around chez Abraham. With all the taxidermy, their house will look like a toy breeds hunting lodge.