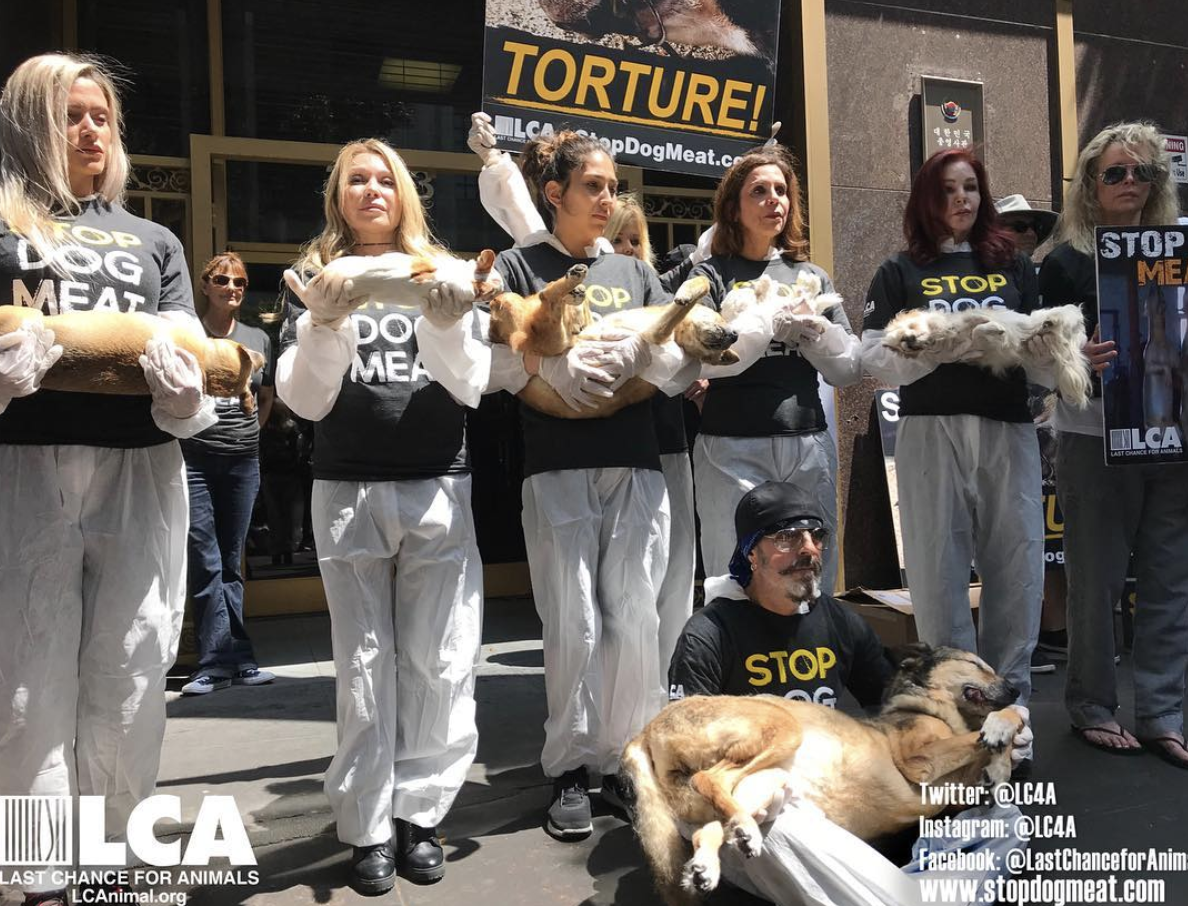 Ever since the PyeongChang 2018 Winter Olympics, people seem to have a renewed interest in the fact that a small percentage of South Koreans eat dogs. Olympic freeskier Gus Kenworthy adopted a South Korean dog that was on the chopping block (only to kill it himself from neglect (no matter what anybody says) and bury it stateside, which is, quite literally, wasting food) and now Priscilla Presley and Kim Basinger are joining in by protesting dog meat at a rally in Los Angeles. To be completely candid on the matter, I truly thought Priscilla Presley was dead. I was wrong. She just looks dead.

Basinger held a sign depicting dead dogs while Presley took things a step further by actually holding a dead dog for dramatic effect. It was recently euthanized by a local vet, according to TMZ. For what it’s worth, while the thought of dog meat is truly gruesome, it’s far from the grossest thing that Asian people eat. Kidding. That’s not me anymore. I’m not excited about the practice, but if you Google any animal commonly consumed as food in America, you can dig up something expounding the species’ cognizance and worthiness of life. BBC states “chickens are not stupid” and Popular Science states that fish “deserve better treatment from us.” Americans happen to revere dogs. Indians revere cows. We eat cows. We don’t eat dogs. Priscilla Presley looks like a dog. Full circle.

I am a meat eater, but I can say that our treatment of animals in the states is often so cruel and disturbing (link is to graphic video of cows) that to chastise another country for its treatment of animals before we have our shit together is laughable. Does Presley think that dogs are immune to harm in the US? She’s holding a dead one. I actually worked for a nonprofit spay and neuter service while in college, and can say that until even the wokest of people stop romanticizing the lovable neighborhood stray and litters of adorable but unvaccinated kittens and puppies that will grow to be mangled worm-ridden adults wishing they were eaten by South Koreans, we need to focus on our own animal problems. But really, honestly, getting back to today’s real takeaway, Priscilla Presley is alive? 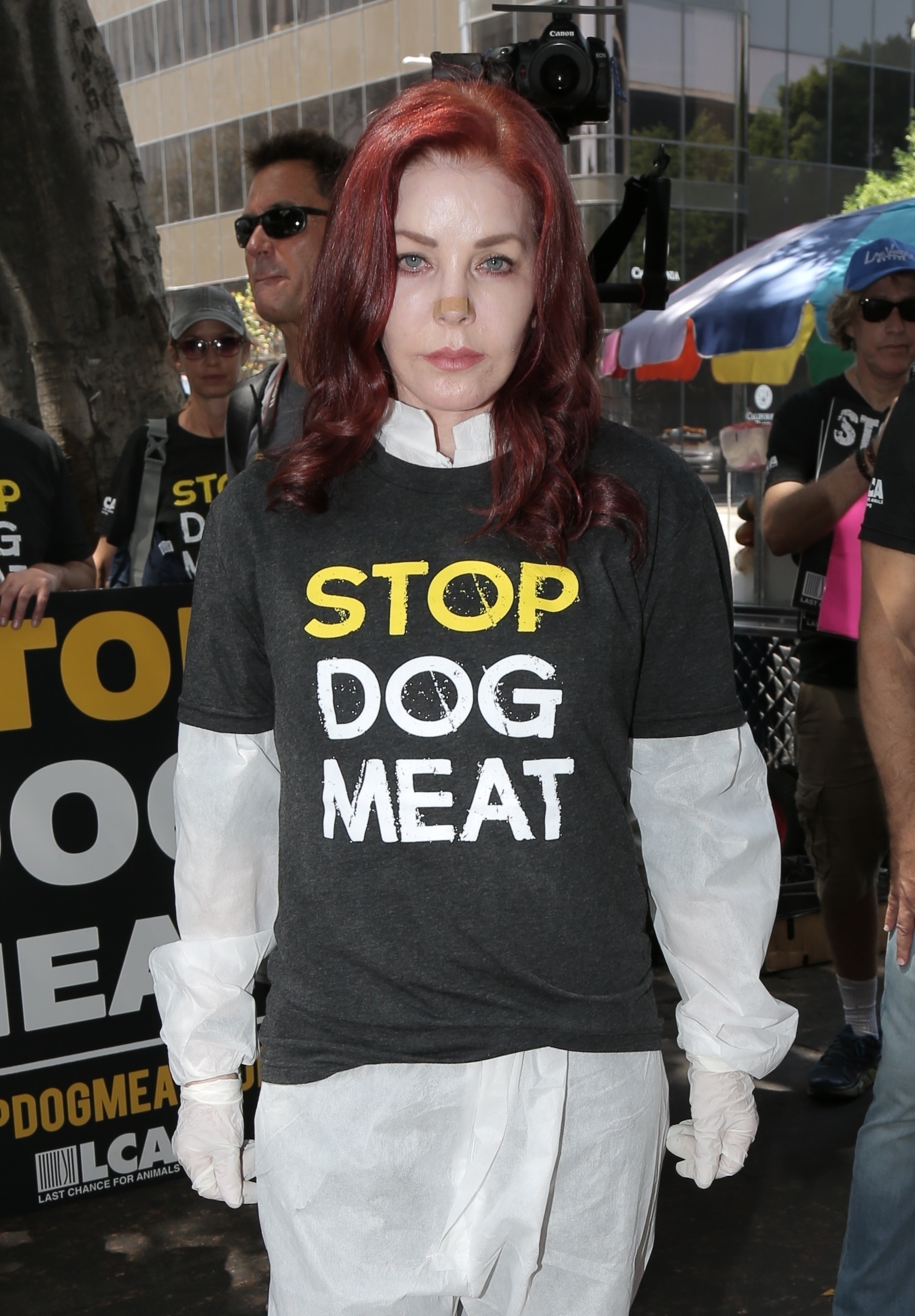 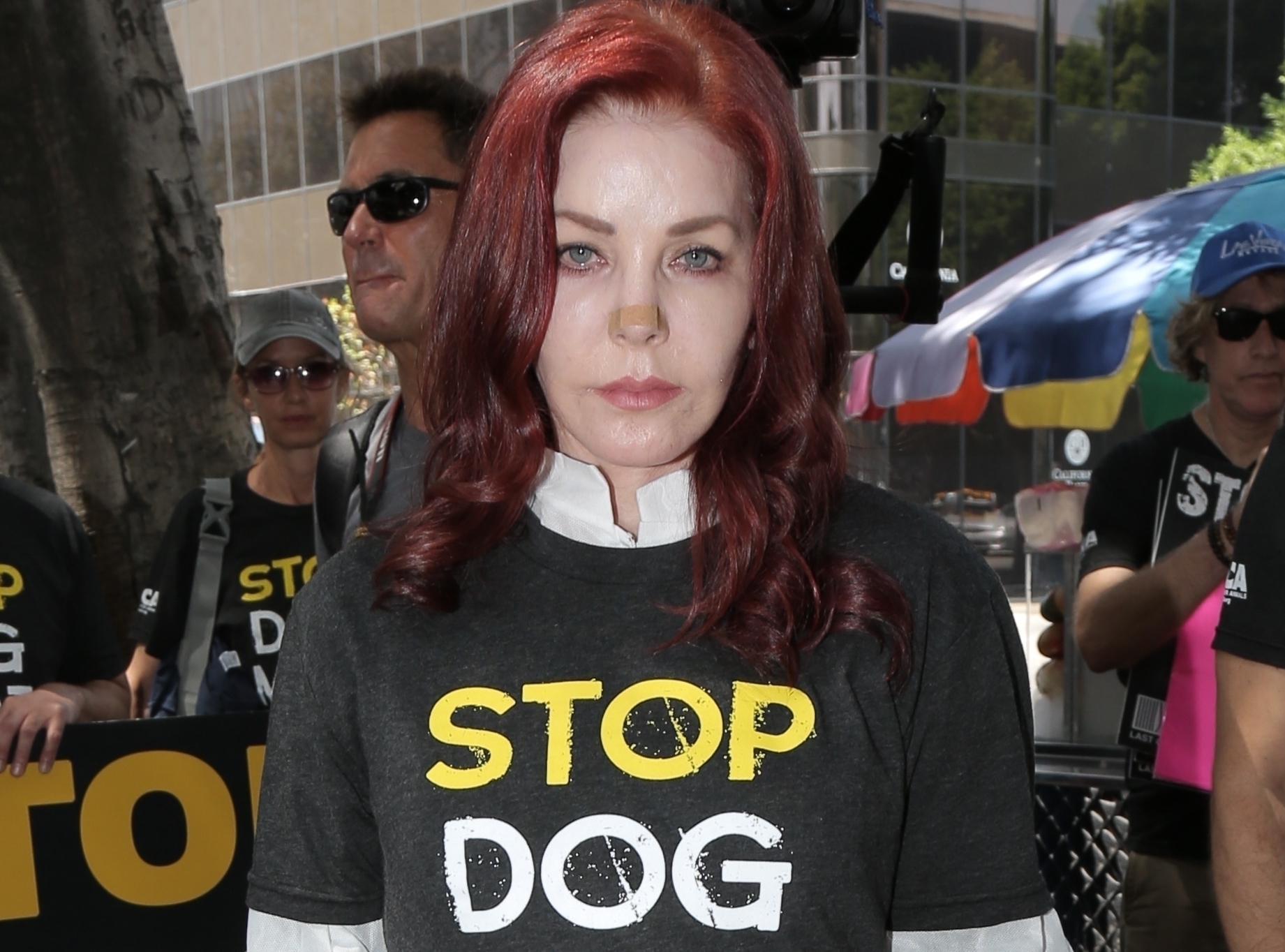