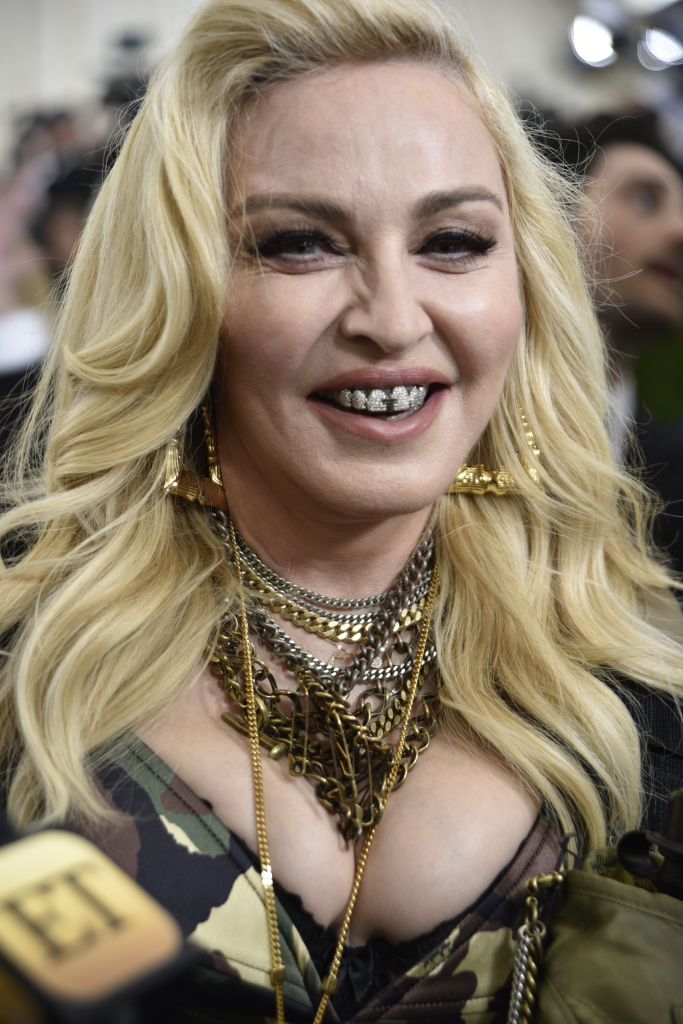 Madonna – the five-hundred-and-fifty-year-old singer who took one look at a T-800 and said “that’s me now” – is moving out of America as news outlets cover the thousands of others trying to move into the country. If this is like a take a penny leave a penny situation, where I have the enticing opportunity to replace scary old singers with unknowns, it’s honestly going to be a difficult call. They might be members of MS-13, but she has that face. Really a toughie. Hmm.

Vagonna previously hid out for ten years in London, where she picked up her signature serial killer accent, and is now heading to Portugal for two reasons. One is that she wants to set up her protégé soccer star kid up for success, and the other is that she disagrees with current politics. And – as all the most influential activists in history will tell you – the best thing to do when you disagree with something is move away and do nothing:

My son David, who is going to be 13 on September 24th, has wanted to play soccer professionally for years. I’ve been desperate to get him into the best academies with the best coaches, but the level of football in America is much lower than the rest of the world. I saw his frustration, and I also felt it was a good time. I felt like we needed a change, and I wanted to get out of America for a minute – as you know, this is not America’s finest hour – not that leaving America makes anything different or changes anything. I’ve lived in other places; I lived in London for 10 years. I like to put myself in uncomfortable situations and take risks.

We can tell that the last part is true simply by looking at her face and body. Now that’s taking risks. Leaving one’s troubles behind by simple relocating is a move reserved for the uber-wealthy and connected, and I obviously wish nothing but horrible things for Vagonna’s life in Portugal. But, again, if I had to pick someone to not be within 2,000 feet of, it would be this used condom of a woman. Hmm.