Mel B Has PTSD And Sexual Attraction To Male Hair Stylists

Posh Spice and Scary Spice have teamed up to form a duo known as the Spoiled Milk Spice Girls. The two magically manage to avoid being cast from relevance, even with their expiration date clearly stating the “stop care by” date to be 1998. Victoria does clothes now, and thankfully doesn’t sing anymore. Mel B does a lot of complaining these days, and possibly the man who does her hair.

MEL B’s hairdresser Gary Madatyan has denied he’s her boyfriend after they were spotted ‘kissing’ earlier this year.

The celebrity stylist has opened up about his purely platonic relationship with the Spice Girl for the first time – revealing she is currently single amid her bitter divorce battle with ex Stephen Belafonte.

Giving your male hair stylist handjobs is a clear cry for help. Her divorce has obviously altered her judgement and state of mind. She’s even been diagnosed with PTSD from it, claiming she looked for a cure for her depression with sex and alcohol. I guess what some people call a decent Saturday night, she calls a problem. She’s going to check into rehab and I wouldn’t be surprised if she turns it into a show on VH1.

Mel B has said she is entering rehab for alcohol and sex addiction.

Speaking to the Sun on Sunday, the one-time Spice Girl, full name Melanie Brown, said the decision came in the wake of an “incredibly difficult” six months in which she worked on an autobiography. “It has been unbelievably traumatic reliving an emotionally abusive relationship and confronting so many massive issues in my life,” she said.

The singer said she had been diagnosed with post-traumatic stress disorder, and shared a link on Twitter to a US government site explaining the condition. She said that the course of treatment she was receiving was “really helping me. I am fully aware I am at a crisis point.” She said she had been using alcohol to “numb my pain”.

Mel doesn’t make the greatest life choices. But it’s understandable when you’re a woman expected to pay alimony, child support, and no one has purchased any of your music since the year someone flew a plane into the Twin Towers. On the bright side, she won’t have to worry about her new man stepping out on her with another woman. As any man who does women’s hair for a living is, more often than not, not sexually interested in women. But I’ll play along and act like this secret relationship isn’t fueled by alcohol. I can’t wait until she find out about his Grindr account when she finally sobers up and stops stuffing every penis she comes across into her private lady purse. 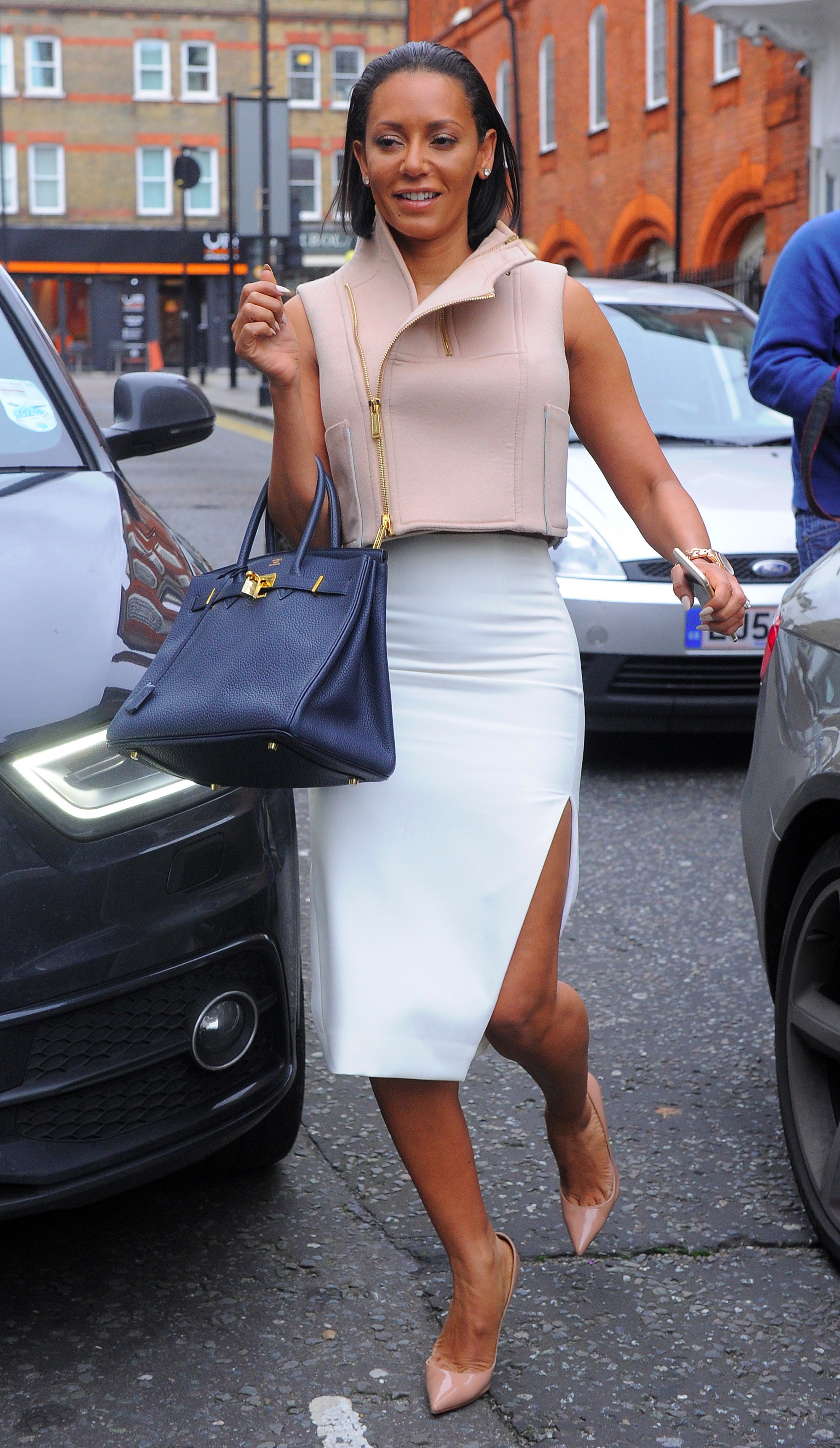