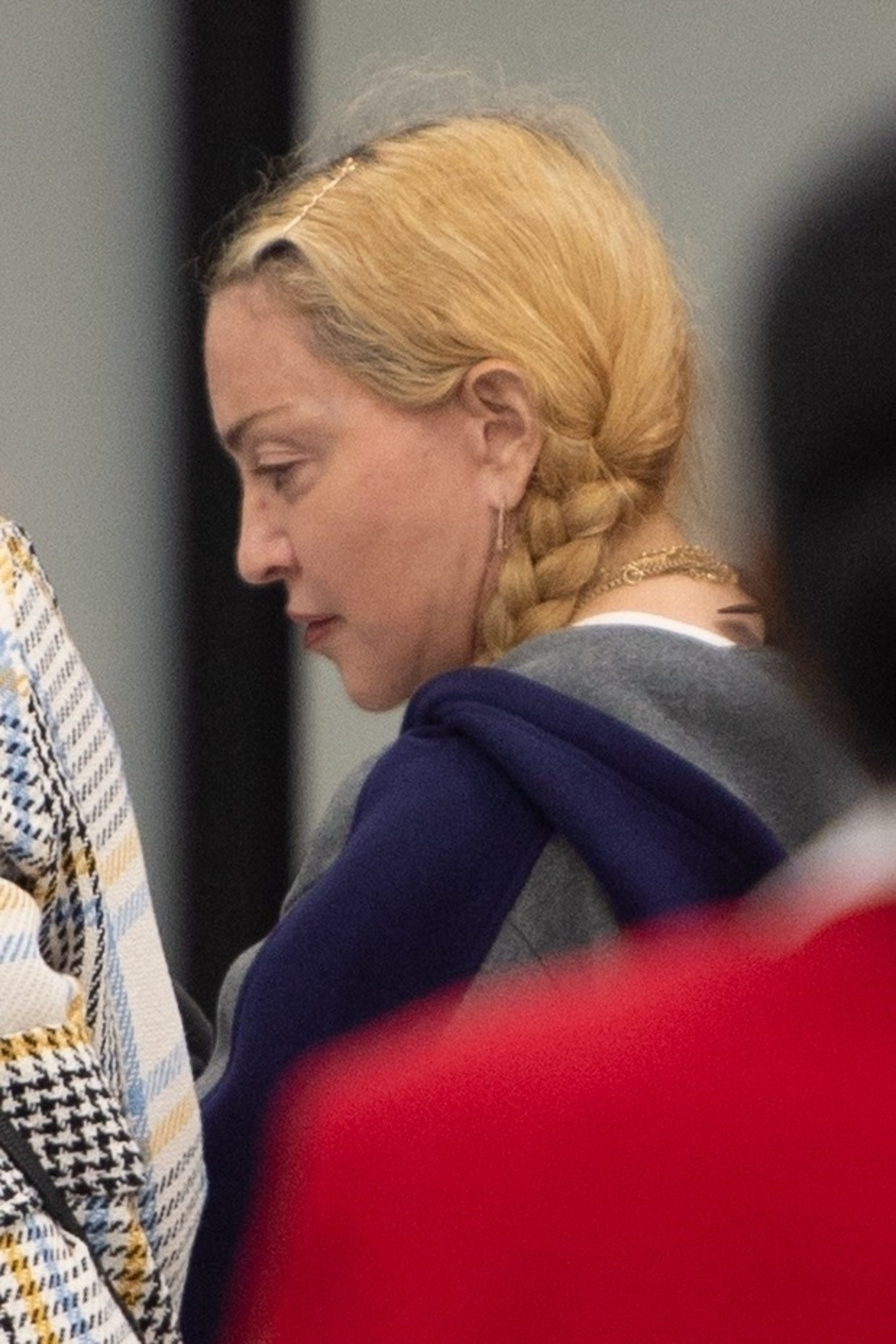 Homelessness in America is a huge problem, and it’s especially heartbreaking when the person has an obvious mental disorder. A homeless pimp identifying as Madonna was photographed at JFK airport in New York City looking confused and near-death. Oh wait. It’s actually Madonna. But she’d be wise to play this off as a homeless female impersonator. Because. Goddamn.

Dressing age appropriately is a skill that few celebrities – especially former pop stars – seem to possess. As she’s rounding the corner to being two-hundred-and-seventy-five-years-old, Madonna should be wearing matching stained sweatpants and sweatshirt depressingly emblazoned with cracking puffy paint kittens. An 80’s afghan should be draped across her lap at all times. For internal temperature control eludes what remains of her body.

But instead Madonna insists on trying to dress like a crack head rapper, and the results are more depressing than you’d think. Our paparazzi site Backgrid literally wrote this as the description for the photo set:

Madonna looks haggard as she waits to board a flight at JFK airport in New York.

Ha. Dressing young only accentuates one’s age by contrast. Madonna is doing the world a favor by shrowding as much of her face and body as possible with this outfit. But the desperation is palpable, especially when the hat and sunglasses come off. Someone get this woman some orthotic beige Rockports, STAT. 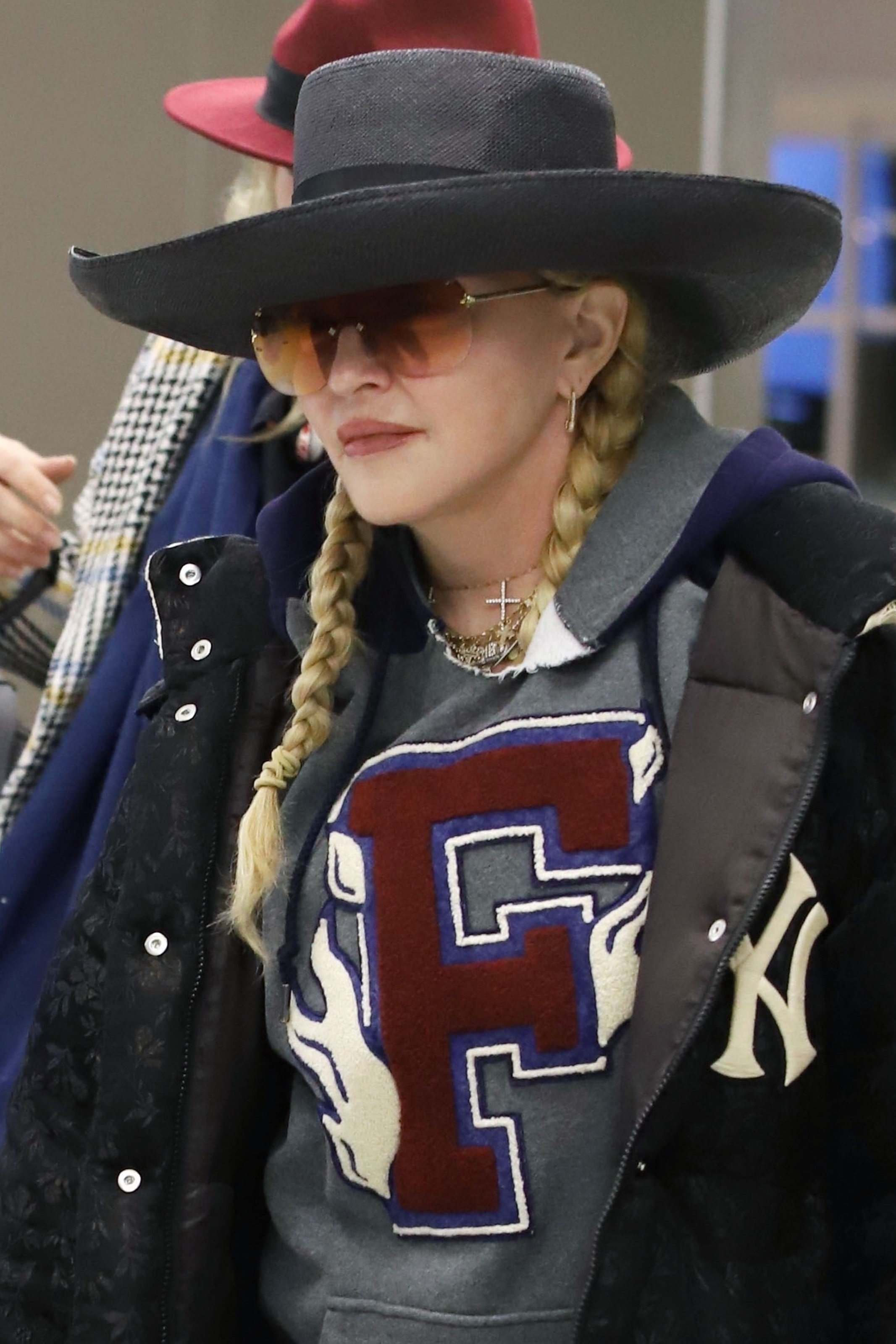