My wife is in New Orleans and last night at the bar she was at, comes in @xtina!!! She asked the house band if she can sing a tune and… Nope! As if she was denied?! That would have been so cool to see her sing. More to the story Christina? pic.twitter.com/NoWTwkYfyL

Besides, you know, her millions and millions of dollars and lavish life that we’ll never get close to, Christina Aguilera just can’t catch a break these days. While hitting up a small jazz club in New Orleans, Aguilera decided to try her hand at singing with the performing act. Except the band’s singer and keyboardist dismissed Aguilera like a random drunk New Orleans hooker when she asked to sing.

Instead of pulling a “Do you know who I am? I’m a genie and a bottle bitch. And you’ve rubbed me the wrong way” a confused Aguilera lingered on stage as they started their next song. With her vocal runs, maybe they just didn’t want to wait five minutes for her to get through the first damn word of a song.

Actually, that would have been ideal, because at least they would have known who she was. We actually have more details as to what we’re seeing in the now viral video, and supposedly, the band member just plain didn’t recognize Aguilera because she was wearing a hat. It was the hat. She had on a hat so he didn’t recognize her. The band’s singer Claude Bryant stated of the encounter:

I’m sorry Christina, I just didn’t recognize you!  I didn’t recognize her because she had a cap over here head and over her eyes.  She was in a jersey.  She didn’t introduce herself to me, but she had very soft hands and that got my attention. I asked her if she wanted to dance and she said that she wanted to sing.

The hat. You know how when your favorite star, unchanged over the years, wears a hat, and suddenly you don’t recognize her? Happens to all of us. THE HAT. 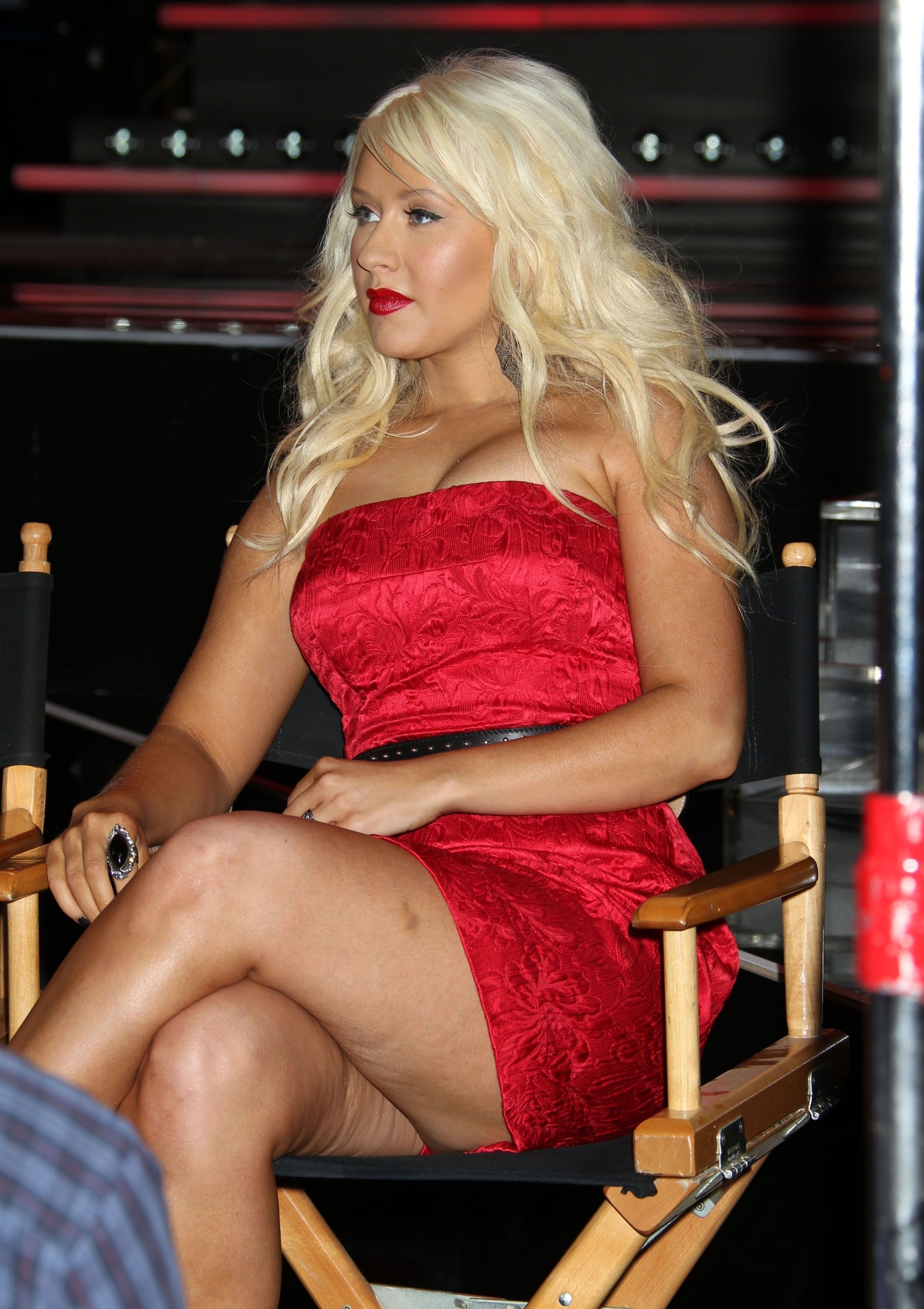