What Should We Name Chris Pine’s New Wig?

Chris Pine debuted a stunning new hair piece while chatting it up with Good Morning America earlier today, and as it practically has a life of its own and very well may actually be alive, it deserves a name like anyone else. My coworker mentioned that Pine most likely fished this out of Brad Pitt’s trashcan in 2004, so as an homage to its original wearer, we could go with Adulteror. I mean Brad. I’d go even further back and say he scalped this hair from an extra on Dawson’s Creek. So maybe we give the wig a 90’s high school name like Kevin or Nick. Something that doesn’t take itself too seriously. Because Lord knows that by wearing this in public, Pine sure doesn’t take himself too seriously.

As the Internet’s go-to resource on Chris Pine wigs, let us point out that his now fully grey stubble breathtakingly contrasts with his grey-less rug. The harsh hairline is a nice departure from his previous noncommital one, and the chunky highlights let you know that Chris Pine’s stylist truly hates him. But the joke’s on his stylist. Because this is full-blown hair art. Mesmerizing. Bold. Transcendent. Meta. Now give it a name in the comments. 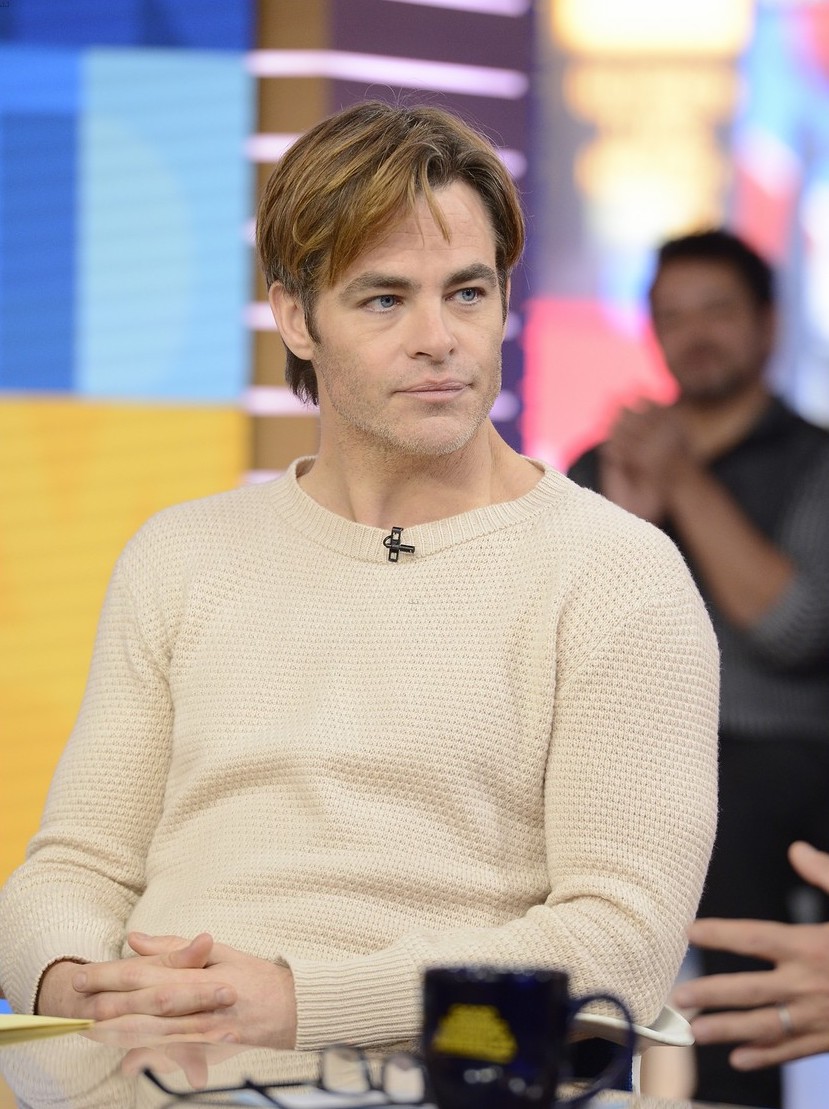