Anne Winters, who calls herself “Lil Anne” is in Tulum with her boyfriend. She is a 25 year old actress who looks younger. She is from Dallas but she has been working as anactor for quite along time at this point.

She plays Chloe on 13 Reasons Why, which was that very popular series produced by Selena Gomez that had to run disclaimers to their audience about “hey, this isn’t encouraging you to kill yourself, so that you can be the focal point of your school, this is a story about a girl who killed herself from bullying and holding the bully’s accountable. If you want to kill yourself, maybe you should talk to someone. If this show makes you want to kill yourself, it’s not THAT bad…or maybe it is…I’ve only seen one episode”.

The interesting hook in this Anne Winters tale, is that she posted these paparazzi pics of her in a bikini, on her instagram, despite the paparazzi suing celebs who post the pics of themselves because that’s how you make money these days.

Paps again. Can’t believe we were filmed the whole time without knowing. Didn’t see ANYONE taking pictures. So crazy to me. But still not mad at the candid photos of me and bae lol

Which I am happy to report is great. I love seeing a girl who realizes how hard it is to get ahead, who is already in a great position because people know who she is, and who is excited by the paparazzi following her. It’s like her dreams coming true.

This is how all ACTORS should be when people talk about them, or take pics of them. This is marketing YOU. It is benefiting YOU.

Now not all girls look as good as this skinny thing in her bikini, so maybe that’s why they are mad about the paparazzi, but it’s probably more to do with thinking they are a bigger deal than they are, instead of taking the Anne Winter approach to “Heck yeah, take pics of me, sell those to PEOPLE, I want all the fame I can get, this is hilarious”. 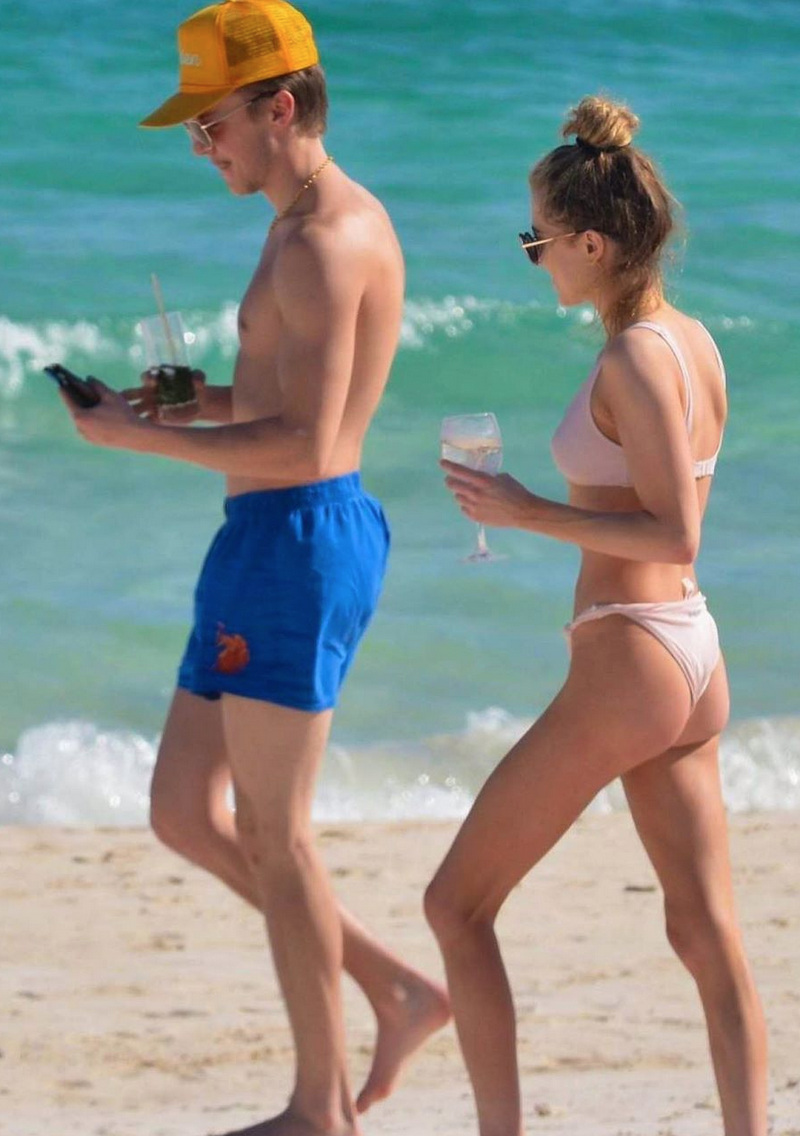