Lizzo The New Body of Pop Music in a Bikini

Lizzo, who is known for the “I just took a DNA Test and I am 100 percent “that” bitch” song and her other song “I like big guys, itty bitty guys, etc etc guys” that are huge on TikTok. Making her the viral sensation, who is in what could be a tent, repurposed s her bathing suit on the beaches of New Zealand, where she’s not being taken out by Volcanos, but where she may cause her own natural disaster if she splashes in the water too aggressively.

Just call me Jillian Michaels with my fat jokes, but her instagram is “lizzoBeEating” so she’s in on the fat jokes.

…(Lizzo) had blast on the beach with friends … and Jillian Michaels is clearly out-of-sight, out-of-mind.

In reference to a story last week where fitness “biggest loser” celebrity trainer Jillian Michaels said something along the lines that supporting or celebrating obesity is negligent because of one simple thing…science.

I am too lazy to pull up the quote that went viral, but that’s the overview. Fat is unhealthy according to everything we’ve ever known about fatness. Every fat kid for the last 100 years have been told to lose weight and sure, the union of fat people on social media positioning themselves as empowered for being fat, is like the union of crackheads uniting and feeling empowered in their crack addiction, it just doesn’t happen because they all sold their computers for crack.

No one is telling these fat people that they can’t be happy, that they can’t keep eating to get fatter and fatter. That they can’t wear their bikinis, even if they shouldn’t. We aren’t saying not to love life, or wear stylish fat girls.

All we are saying is that fat kills, it’s a fact and you can’t argue facts.

So don’t be shy while being fat, but don’t expect the world to embrace it as something beautiful, because getting fat requires very little effort, it’s almost the equivalent of celebrating not showering. Like “Look at that girl who eats too much and doesn’t excecise so her body stores that fat because it’s not burned off”…how brave of her.

So here she is in New Zealand half naked on the beach doing her best impression of a marine mammal I guess and as it turns out, it is most definitely NOT my vibe. 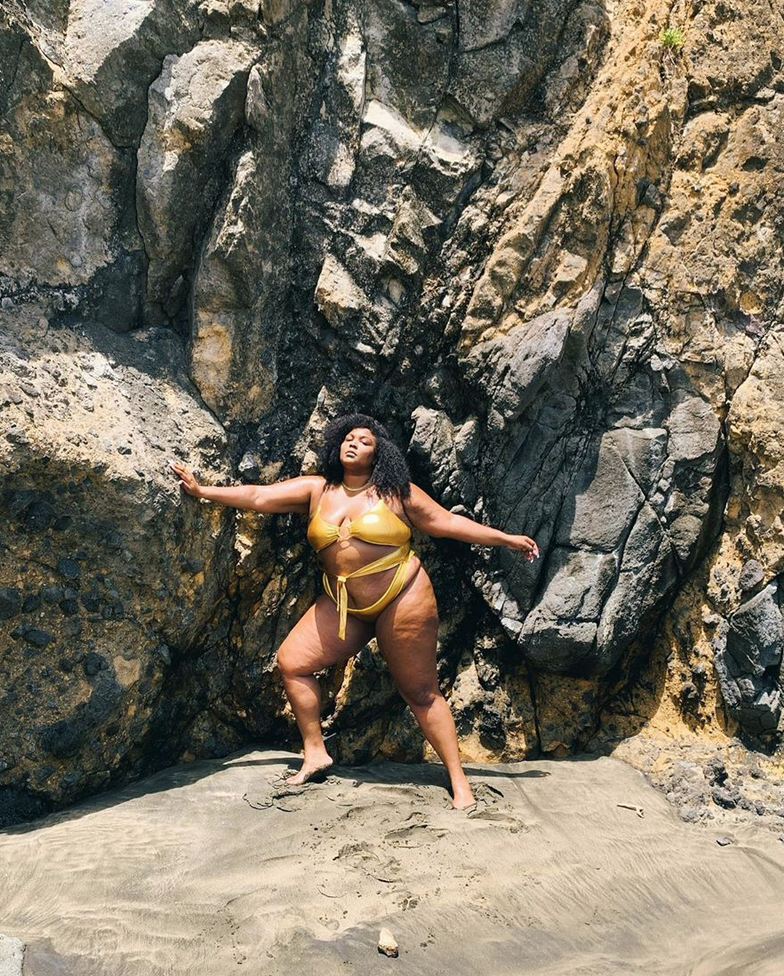