I don’t really do the whole sports things, but Tom Brady and the Patriots are pretty much interchangeable, so this is pretty big news.

Plus, he’s married to that Victoria’s Secret model, who happens to be the highest paid model in the world, despite being an old mom. She’s still hot, but I would imagine there are younger and hotter and more compelling models out there. I mean why even pay models when hot girls on social media will do it for free. But I digress.

This is the statement he made: 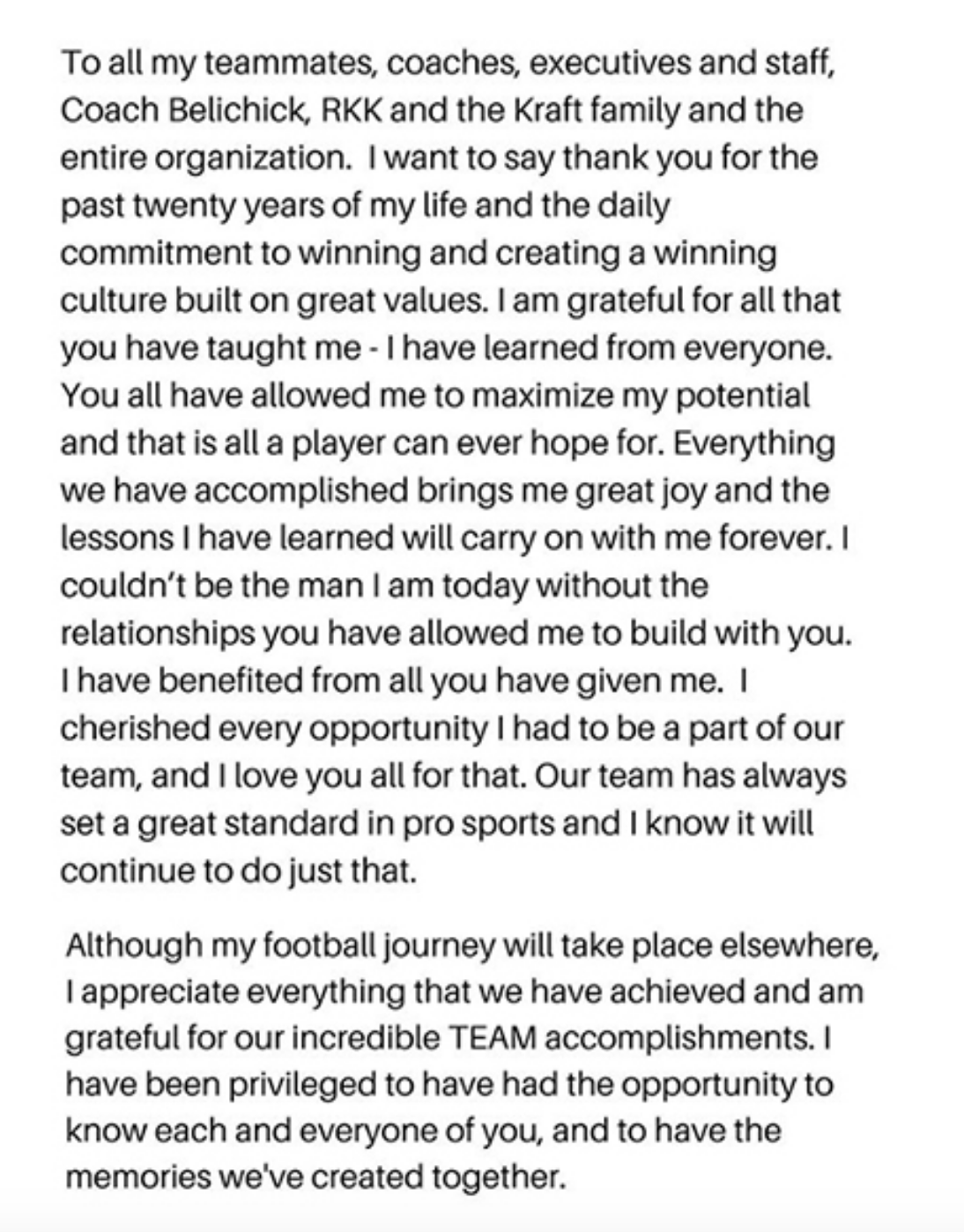 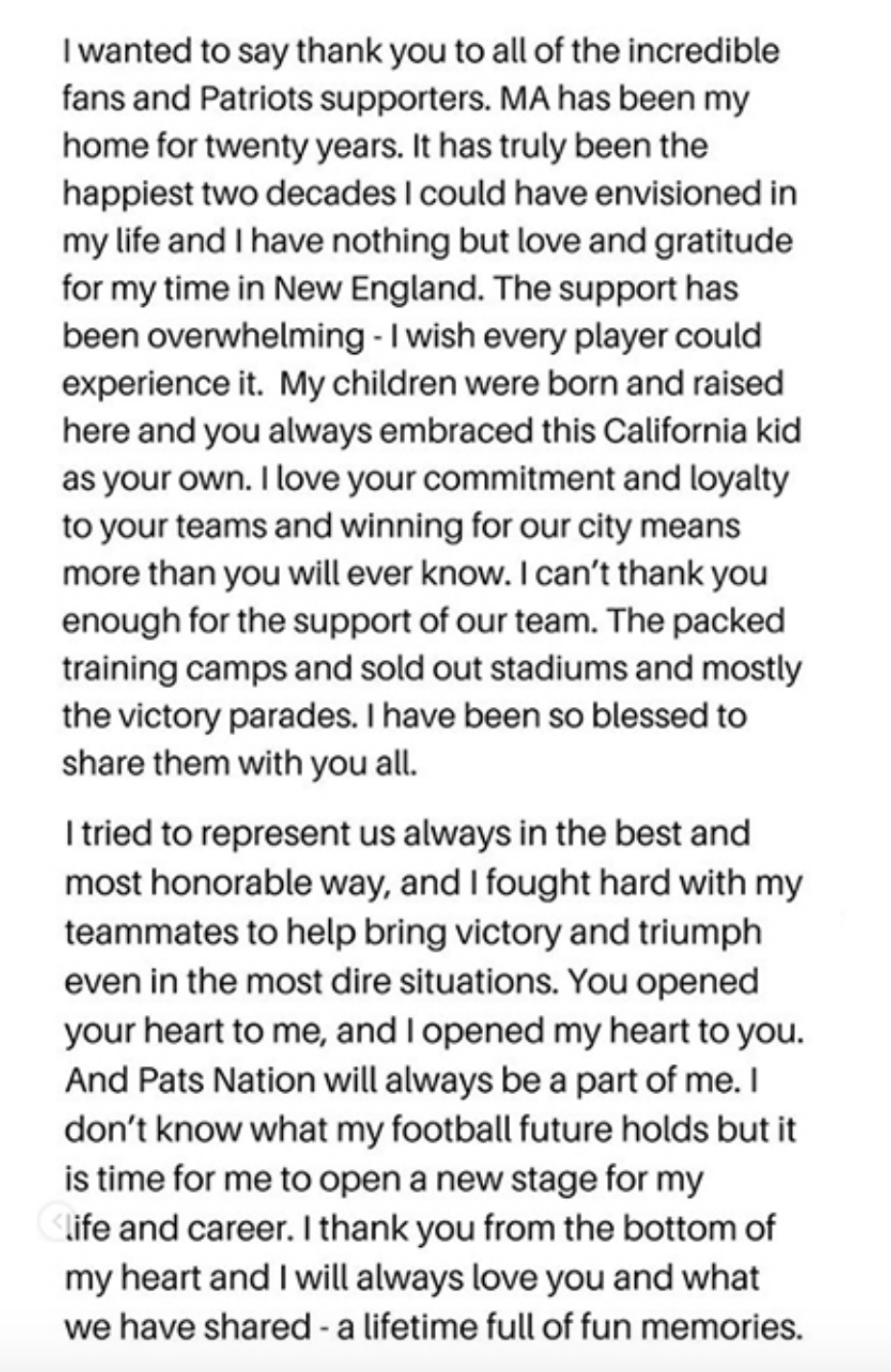 We can imagine that Gisele wants to relocate, or someone offered him more money, probably a lot of questions out there for his fans, because he’s got fans, crazy and obsessive fans.

I met a few of those fans in December who were as cocky as he is, thinking that their team and their QB was some sort of God, so it was nice to see the Patriots miss the Super Bowl 2020, so I guess this is nice too.

What will all the Patriot fans so loyal to their leader going to do now? Do they stick with New England or do they follow their boy wonder. So many questions I don’t actually have, because who gives a shit about overpaid men paid to play games like they are still in Elementary school.

The world is collapsing, the NFL may never exist again, is this really the news we need?

Robert Kraft, who was possibly interviewed in a Florida Rub and Tug where he paid the Asians to spit in his mouth to prove he’s invincible explained the break-up to ESPN … saying, “Tommy initiated contact last night & came over. We had a positive, respectful discussion.”

“It’s not the way I want it to end, but I want him to do what is in his best personal interest. After 20 years with us, he has earned that right. I love him like a son”

Maybe all “Tommy” wanted was to be loved like one of Kraft’s Asian whores.

Maybe this is all to draw some attention to Gisele’s recent Costa Rica bikini pics in her international travel social distancing. I mean the timing of these pics is pretty convenient.