Gotta love these unverifiable stories of popular female celebrities who were rejected because of their weight or age or shoe-size – it makes it sound like Hollywood is a bastion of approval and goodwill, where talent and desire should outweigh (pun!) physical measurements and skin color.

For one thing, million-dollar actresses, you are trading on your looks, so don’t complain about being judged by how you look. You think Oscar winner Octavia Spencer never auditioned for roles that went to January Jones or Natalie Portman or Awkwafina? No-one told Manny Pacquiao he could compete as a Heavy Weight and don’t worry about the 80 pound or 10 inch reach difference. (But judging men for their appearance and size is “OK” – a topic for another day).

Secondly, in the main event, there is a presumption that its Powerful Men in Hollywood who are rejecting stalwart women based on size, age, earlobes, etc. A brief lookie on IMDb proves this axiom isn’t true – if Amanda Seyfried actually had to exercise or she “probably wouldn’t have gotten the lead in ‘Mamma Mia’”, it would be to appease director Phyllida Lloyd, writer Catherine Johnson, producer Judy Craymer, and casting directors Priscilla John and Ellen Lewis. And it’s hard to believe uber-actress Meryl Streep wasn’t given a “say” in who was cast.

Either Seyfried was mistakenly twisted-up to hold herself to a cinematic feminine ideal – or she was under pressure from Lloyd, Johnson, John, and Lewis to lose weight. (Of course if we were casting the film, we’d want more HD pics of Seyfried from “Lovelace”).

Here’s a hint Big Media – heterosexual men don’t read Elle or Vogue or Cosmopolitan – the only humans shading the models on the web-pages of these magazines are other women.

Story VIA The Wrap 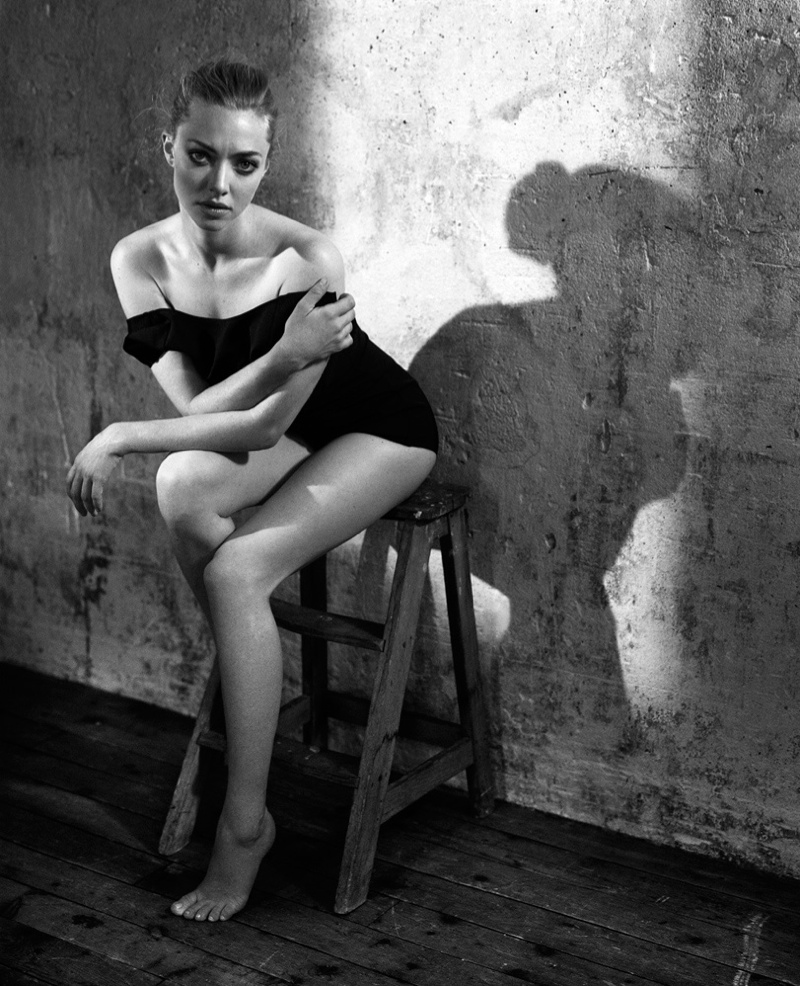