Michael Jordan is well known for breaking records on the basketball court but not many people know he breaks records off the court as well. He holds the number one spot in never wearing a pair of jeans or suit jacket that fits properly. His entire wardrobe, with the exception of his basketball uniforms, looks like it was stolen from the Monstars locker room in Space Jam. Even with a severe case of eternal jaundice eyes and plus sized blazer tops from Lane Bryant, Jordan still manages to score with women. Or at least import them. His new Cuban model wife looks more like a mail order bride when compared to the humble appearance of his first wife Juanita.

Michael Jordan might be the Michael Jordan of Spring Break — getting a sexy bikini dance from his smokin’ hot wife at a Miami beach party. MJ and Yvette Prieto hit up the Hyde Beach party at the SLS Hotel over the weekend — where they balled out with a private cabana stocked with tequila and surrounded by muscle-bound private security. She was boozin’. He was smokin’. These two live a helluva life.

Michael may be 55 but he’s channeling his inner early twenties on spring break. I’m confused as to why he even brought security when most attendees at any current Miami beach party only know who Michael is because of the “crying Jordan” internet meme. I doubt most spring breakers could identify him in person. If any NBA player from that era still needs a security team it’s Shaq. He has more star power at this point. So much so that he still slides into the DMs of young women, offering to slam dunk his balls into their basket. 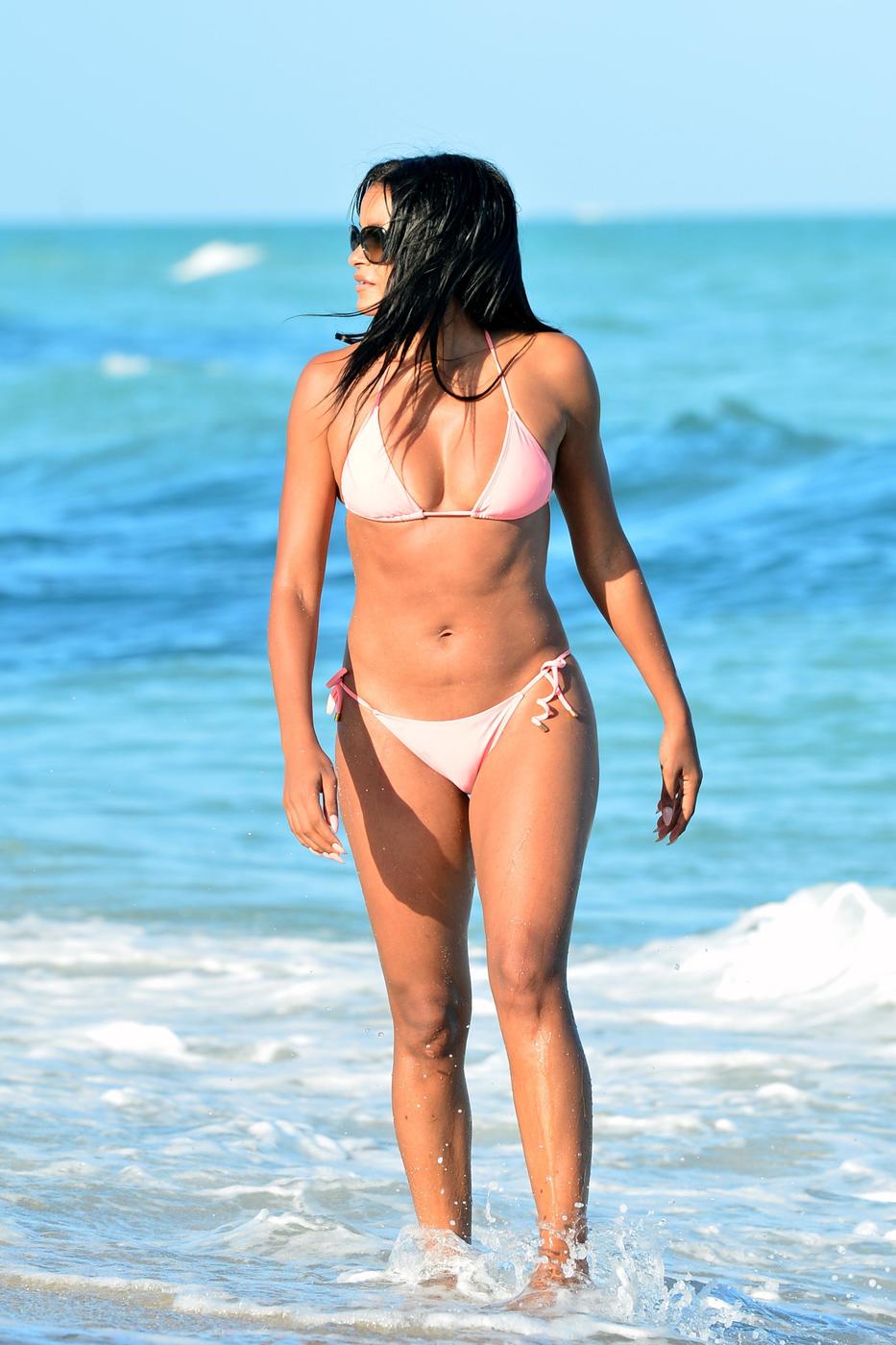