Goddamnit, The Slut Won Me Over 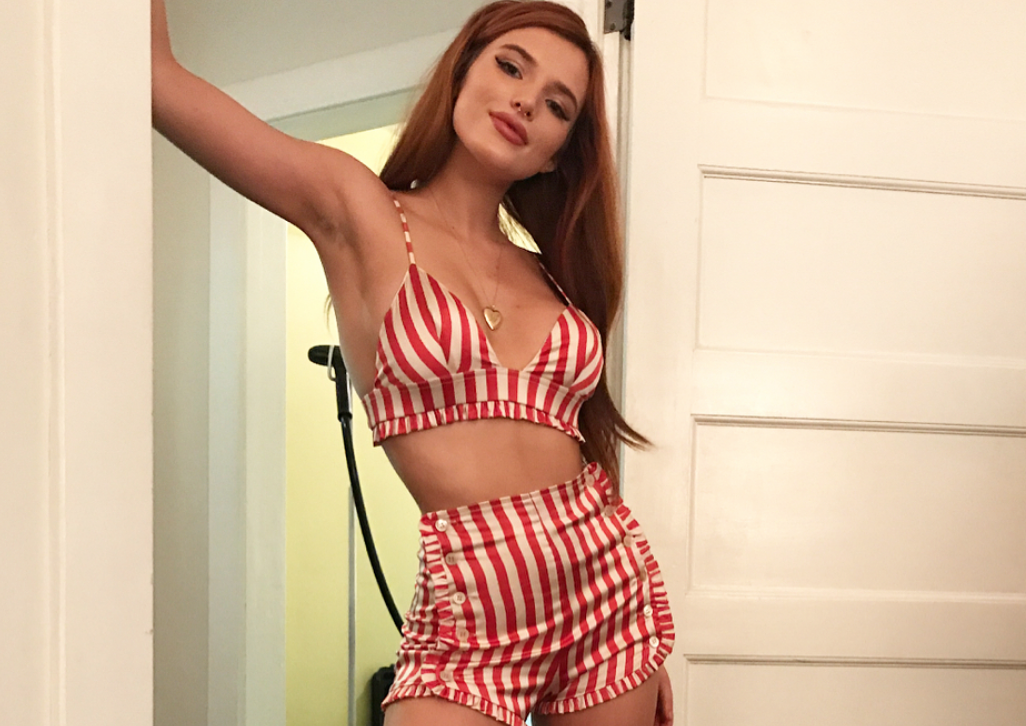 The worst part about Bella Thorne is that she looks like AIDS under a microscope, but the best part about her that she doesn’t really have strong opinions about anything and seems happy being a glittery AIDS botched coke whore (allegedly.) With all due. Even when she was sexually abused by her father until the age of fourteen, she was like, the cool sexually assaulted girl. The sexually assaulted girl that can hang. Thorne recently proved that she can look not sticky for at least the amount of time it takes to wrap up a photo shoot, and that combined with her matter-of-fact way of speaking and fact that she doesn’t seem to have any agenda outside of locating her next crack pipe (allegedly, don’t sue) make me not think she’s the worst dumb slut in the entire universe. I know. Now I deserve to be slut-shamed. Or shamed for liking a slut.

On connecting her abuse with being trash, via Entertainment Tonight:

If someone says, like, ‘Why do you dress that way? Is it because something that happened when you were younger?’ And you’re like, ‘Oh, maybe it actually is. Hmm, that’s a good point.’ You know, it’s like kind of those small moments where you’re like ‘Oof, I wish that didn’t dig as deep as it did.’

Wait, are her four brain cells coming together to say that someone told her something, she listened, processed it, and applied it to her life in some capacity? Already she’s in the one percentile of celebrities. On probably getting raped by her old gross boyfriend:

Meeting someone that’s just so happy, you know that’s kind of his whole thing, and for me [as] someone who’s a little bit glass half empty, it really is nice for me to have someone on my back that’s like, ‘No, it’s good, it’s good, it’s good,’ even when it’s bad. You’re always your harshest critic.

Well I didn’t say she was a genius. And finally on the best product you can buy that’s full of acne, from her apparent upcoming makeup line:

It’s all organic, which is cool. We have a lot of acne-infused products. Of course, it is makeup, but one of the main things for me is to actually take care of your skin.

Acne-infused. Well that explains her skin problems. She’s smearing acne all over her face. Thorne is pimping her new romance Midnight Sun, in which we get to see her give co-star Patrick Schwarzenegger crabs, and while no one should ever see it in a million years, if it does well (lol yeah right,) I won’t hate the world for it. In fact, if it does better than Red Sparrow and makes Jennifer Lawrence finally hop on the ice floe we’ve had ready for her for about two years and sails off into the sunset forever, I’ll stop thinking of Thorne as a diseased bag of dad jizz forever. It’s called having respect guys.