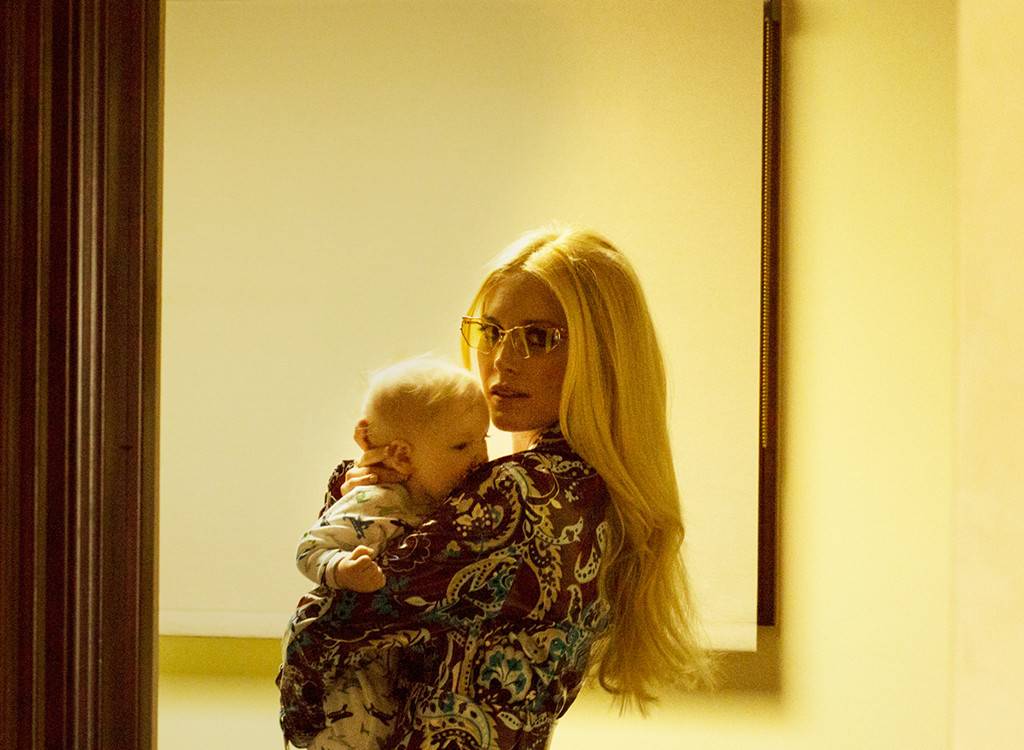 One-word magazines that think they’re above the garbage they are love a good celeb redemption angle to work over their faux-intellectual readers. You thought Kim Kardashian was just a slut? Well think again. Just open the latest Hush Magazine. Or Plastic. Or Lamp. Or, um, Cup. Those are made up as far as I know but I’m afraid to Google them. Kardashian’s actually a multifaceted misunderstood businesswoman and mother AND a slut. These readers thirsty to supplement their wasteland Brooklyn hipster brains with anything that resembles an interesting opinion can be bought with a provocative against-type photo shoot and a couple of quotes.

In walks Heidi Montag, who gets the one-word magazine spin in a new interview with Paper. Guess what. She’s first and foremost a mother. Montag states that she doesn’t have a nanny – but conveniently neglects to mention that it’s because she can’t afford one – and that motherhood has changed her. Here’s Paper’s take on meeting the misunderstood reality star:

She’s vocally anxious, which has nothing to do with her, and everything to do with her six-month-old baby Gunner, whom she’s spent every day with since his birth. “I don’t want a nanny,” Heidi admits, because a nanny would mean less one-on-one time with Gunner — something she’s not willing to sacrifice, even if it means a much-needed full night’s sleep. “I’m not ready to share him,” not even with husband Spencer Pratt, she says, only half-joking.

Because she doesn’t want Spencer to throw the baby against the wall again. We get it. Thankfully Paper isn’t above rehashing Montag’s Botch Fest 2011 – during which she underwent ten cosmetic procedures at once. Interesting that none of them involved making her hot. Risky move. She sensationally states:

I died for a minute. With that much surgery, I had to have 24-hour nurse care, and Spencer didn’t want to leave my side. I was at a recovery center and had Demerol to deal with the pain because it was so extreme. My security guards called Spencer and told him, ‘Heidi’s heart stopped. She’s not going to make it.’ And I easily could’ve.

This song comes to mind. Oh well. Heidi survived and now we have this lazily retro photo shoot and deeper understanding of her contribution to society. Montag adds that she feels that she was before her time as a professional fame-whore – stating that now cheesy, stilted photo ops are the norm and widely accepted thanks to social media, versus the shunned whore Us Weekly photo shoots Montag and Pratt posed for that made Phoebe Price look like a shut in:

Things that Spencer and I were shamed for, like, ‘Oh they’re so cheesy and over-the-top’ — now every A-list celebrity is doing, it’s just on their Instagram. It’s the exact same thing, and it’s being seen by maybe even more people than what we had done. It’s fascinating that that’s accepted now, but it was cheesy and fame-whorey when we did it.

Yes. But when Olivia Munn plays board games with her tits casually knocking around the pieces, I want to be there. When you and spencer pick out a Christmas tree in matching onesies, I want to die. Nothing about your life is aspirational in any capacity Montag, and when people look at you they feel pitty, sadness, disgust, and nausea. Think of those ten seconds as the highlight of your career.