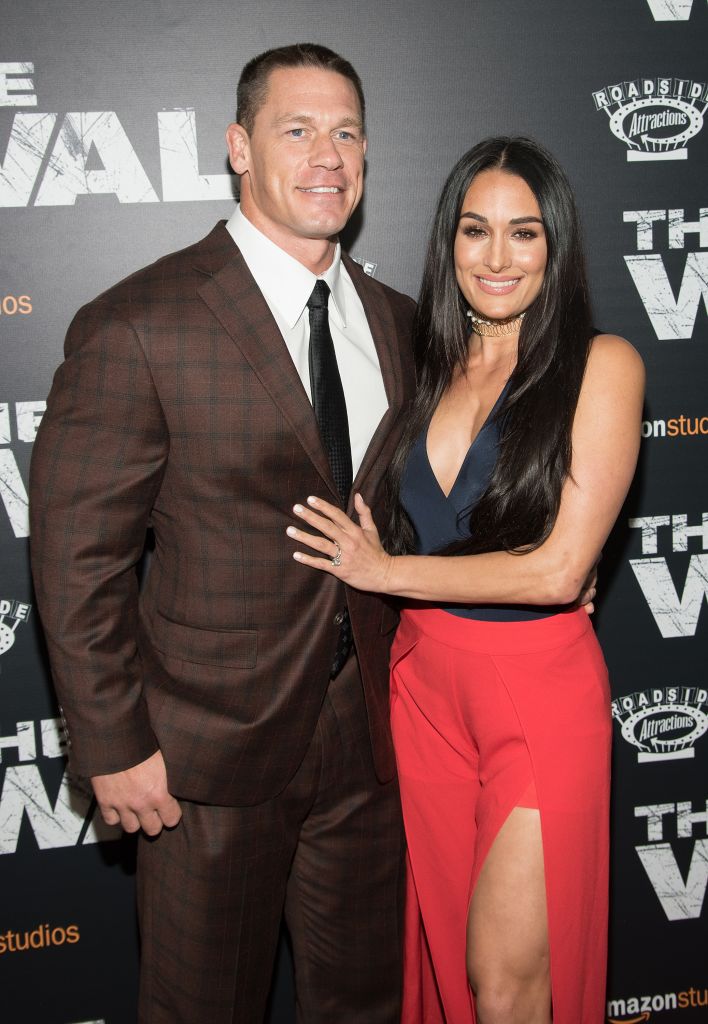 If you’re thinking “Who and who?” then just know that you don’t need to well-versed in old roided out wrestlers for this story to be a real knee-slapper. Wrestler turned actor/wrestler John Cena had trailer parks across the country rejoicing in April of 2017 when he proposed to fellow wrestler Nikki Bella on live television during WrestleMania 33. But the poor people version of Prince Harry and Meghan Markle is over after a six-year relationship, because now Cena has broken it off with an apparently devastated Bella. A celebrity romance not panning out. How could she have seen this coming.

We love you all

Bella is thirty-four-years-old and looks like a test tube baby between Lea Michelle and Kim Kardashian and a biological man, and Cena looks like he went apeshit in a GNC store. And then injected massive amounts of steroids he ordered from India directly into his face. So a match made in heaven. People Magazine claims that Cena got cold feet leading up to their planned May 5th Mexico wedding and that Bella is as humiliated as she should be. It’s also worth noting that Cinco de Mayo weddings are highly coveted in the trailer park community:

She never gave him an ultimatum. He talked a really good game about having changed, about having his priorities straight, about knowing what’s important, and that it was her. But as the day got closer, it was like he just went back to who he’s always been — which is someone who puts himself first, always,” the insider says. “He’s an incredibly dedicated, driven, ambitious guy. And for the longest time he said he didn’t think he had room in his life for a spouse or kids. It seems like in the end that was still the truth.

This was supposed to be the happiest time of [Nikki’s] life. He ruined it and blew everything up.

And then gets poetic with:

In wrestling there are two archetypes: faces and heels,” the source explains. “A face is a good guy, a hero, who you root for. A heel is a villain, who sometimes can seem like a good guy but then turns around and shows his true, evil colors. John Cena just revealed himself as the ultimate heel.

Or maybe, just maybe, he recently starred in another blockbuster movie “Blockers” (following “Trainwreck”) and realizes that he’s a prime candidate for a ho upgrade. Just maybe. But who knows. Maybe. Just, maybe. Only time will tell. But maybe.

Hardship, loss, and humility are extremely difficult waters to navigate, but perseverance thru them builds a strength to withstand anything life throws your way.