Beast Kardashian, who you might best know from her starring role in The Ritual on Netflix,  is under fire from about five people for focusing on her body instead of her baby. These five people are obviously blind and obviously don’t have any friends to clue them into the fact that the only way she focuses on her body is by feasting in forests outside Cleveland 24/7. Sometimes she escapes into the city, creating a Cloverfield situation, but otherwise she just lives her best life in nature. Legend has it, if you brave Cuyahoga Valley National Park during a full moon, you can hear her howls and the screams of her victims.

Anyway, yeah she’s scary and gross, but that isn’t stopping the h8ers from accusing her of hitting the gym harder than she hits her kids. Or something like that. Kardashian – the pot who calls the kettle fat by doling out fitness advice on her reality series Revenge Bodies – has been back to posting gym selfies after giving birth to Tristan Thompson’s hooker HIV baby last month. Concerned fellow mothers out there with rich personal lives are appalled that a Kardashian, of all people, would only spend five minutes a month with her kids for Insta photo ops. Say it ain’t so. A Jenndashian? Impossible.

Khloe why you hustling already girl…just relax and enjoy your baby. You know in the “real” world moms takes 3 to 4 month maternity leave to bond with baby….youll survive girl, just focus on true and watch the daddy with hawks eye. pic.twitter.com/57hay5gapO

Khloé only thinks about herself she she has already forgot about the baby and given it to a nanny to raise!!

@khloekardashian Hey Khloe, you should work on the inside instead of being so obsessed with your fake looks. Just sayin, you’re looking awful plastic these days.

If I was @khloekardashian, I’ll be more concerned about the baby and where is my husband? Trust me, the butt is not that important!

Without h8ers, the clap backers of the world like Chrissy Teigen and all the Jenndashians would have no careers and would probably be lot lizards stationed at a Lion’s Den Adult Store off I-95, so really Khloé should be thanking these women for their input. And she does indeed give them the acknowledgment they seek by taking to Snapchat to give them a case of the clap back:

What I’m annoyed about is I’ve read a couple of times on Twitter that people feel that I’m focusing too much on my body. But the truth is, I worked out five or six days a week before I got pregnant and that’s my sanctuary, and something I love to do. In between feedings I want to find time to work out because that’s going to be my new normal. Just because I have a baby, it doesn’t mean I have to stop doing the things that I love, and I love working out and getting my mind right.

Who else is just impressed that she can operate an iPhone with her hooves? 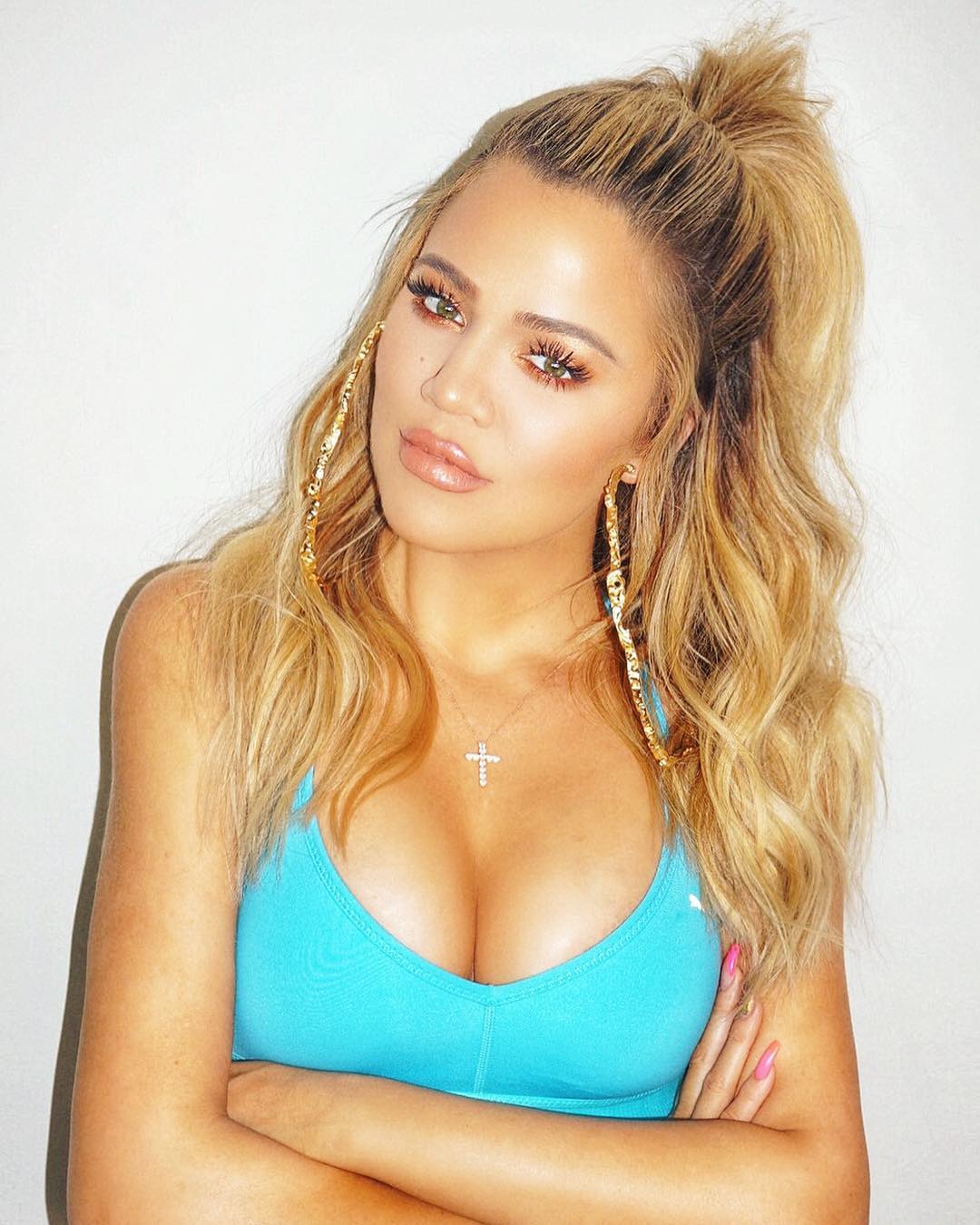