There are some things I wouldn’t do for any amount of money. Sleep with Mama June is one of them. Well maybe for a million dollars because that is quite a lot of cash but the regret afterwards would probably make me commit Kate Spade or go full Anthony Bourdain over the side of the nearest balcony. There are test-tube babies and then there are tube sock babies. June is clearly the result of the latter. Clearly some hillbilly who carelessly creampied a la American Pie Style in a recently laundered sock just lying around is responsible for the blonde bovine that gave birth to Honey Boo Boo. The woman who looks like she belongs on the cover of Walmart Shopper Weekly opened up about gaining an additional 10 pounds over the holiday season.

Mama June said earlier this year she gained 10lbs after indulging during the holidays in 2017.

‘The holidays do it! I’ve been very good, it’s over a year and a half. If you say gaining 10 pounds in a year and a half is bad, then it is what it is. I mean, I honestly have [stuck to it]. Just everything going on, medical stuff and everything… I have probably put on two more pounds.’

You don’t need a translator to read the writing on the wall. Mama June is a woman no one wants to see in a bikini. Ever. What’s even more cringeworthy than Mama June in leggings is listening to her complain about gaining 10 pounds like that’s holding her back from being such a hot piece of ass. Amazing how America was quick to promote an “above the influence” campaign for the war on weed but is extremely silent when it comes to obesity. If being melted into a couch is your brain on drugs, then Mama June being unable to fit into an extra large shirt without it being too tight is your body on Little Debbies. But for some reason just mentioning that a woman the size of an elephant just walked into the room is wrong and considered shaming. That’s interesting because I’m the one who feels abused when I look at Mama June not covering herself up.

Photo Credit: Hotties Kat Von D and Hannah Aitchison from ‘LA Ink’ because nobody wants to look at Mama June. 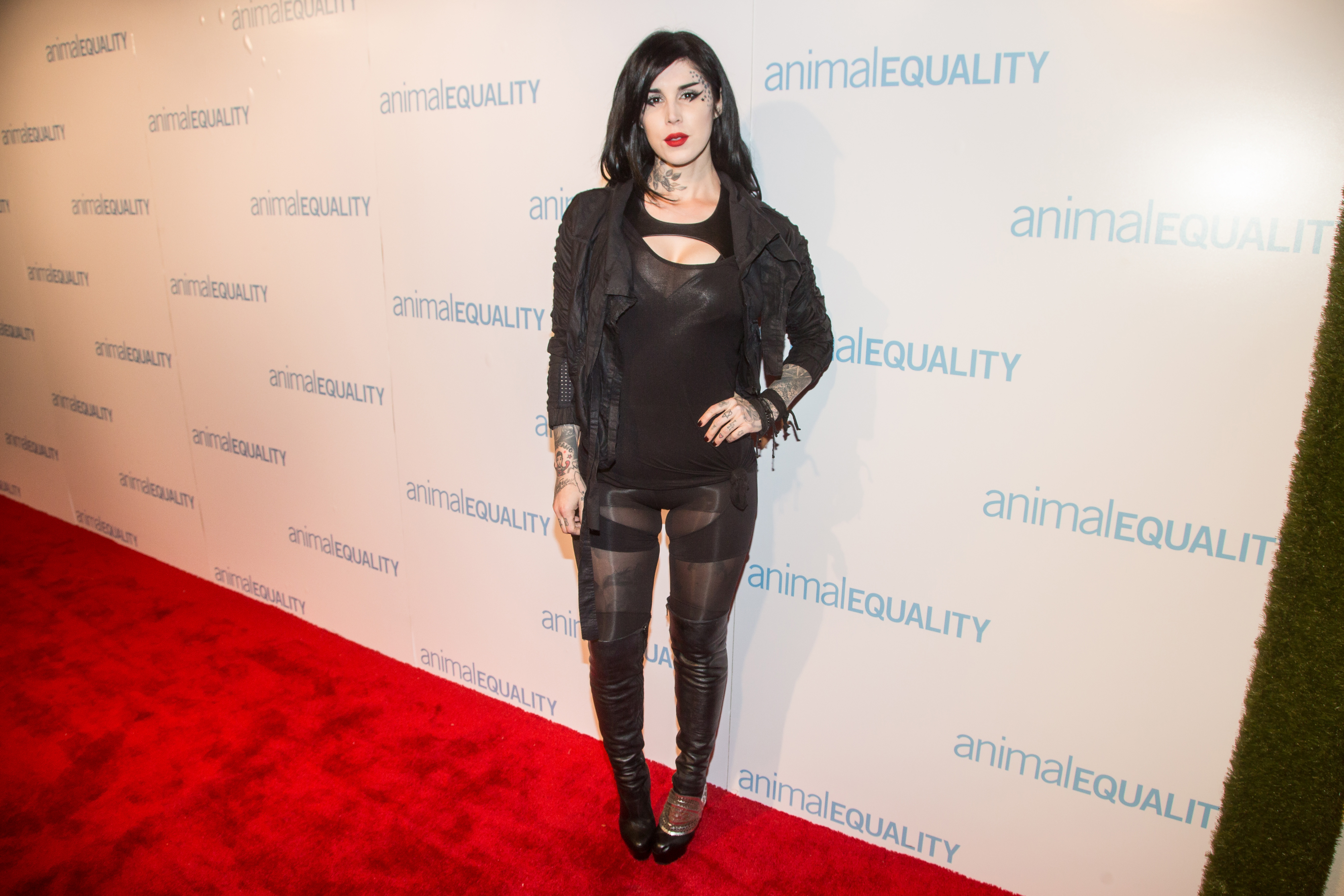