Lindsay Lohan lives her life like no one is looking. She has divorced pork and Western values to become a Muslim somewhere in the Middle East, dated the Asian version of Batman’s archenemy Bane from South Korea, and never spills a drop of the flaming Sambuca shots lit ablaze in her crotch when she’s in Greece. Yet she’s calling other women attention-seekers. As much as I hate to admit it, she’s right about something for once. Lindsay caught flak the last time she came out as a Weinstein supporter, using anecdotal references as evidence that Weinstein wouldn’t hurt a fly. Which is only partly true because if these flies could fill out a Victoria Secret bra and were desperate to move up in the movie business, he’d forcefully make them watch him shower too. Apples to oranges when it comes to her argument. Now Lindsay calling the women of the #MeToo movement weak women who only want attention.

Lindsay Lohan doesn’t have a #MeToo story, and she doesn’t seem to think many others should, either. In a new interview with The Times, the “Mean Girls” and “The Parent Trap” actress argues that women coming forward with stories of sexual harassment “makes them look weak” and suggests that some who do so are “attention-seekers.”

“I don’t really have anything to say,” Lohan tells England’s paper of record when asked if she has a story of her own. “I can’t speak on something I didn’t live, right?” She adds that “very supportive of women” but “can’t go along with the ‘attention-seekers’ or trial by social media.”

“If it happens at that moment, you discuss it at that moment,” Lohan adds. “You make it a real thing by making it a police report. I’m going to really hate myself for saying this, but I think by women speaking against all these things, it makes them look weak when they are very strong women. You have these girls who come out, who don’t even know who they are, who do it for the attention. That is taking away from the fact that it happened.”

She has since apologized.

“I would like to unreservedly apologize for any hurt and distress caused by a quote in a recent interview,” Lohan said in a statement to People. “I’m going to really hate myself for saying this, but I think by women speaking against all these things, it makes them look weak when they are very strong women.”

She continued, “The quote solely related to my hope that a handful of false testimonies out of a tsunami of heroic voices do not serve to dilute the importance of the #MeToo movement, and all of us who champion it. However, I have since learned how statements like mine are seen as hurtful, which was never my intent. I’m sorry for any pain I may have caused.”

Lindsay is clearly looking for approval. From who exactly, I have no idea. But she’s letting her future suitors know, that if things get hot and heavy in the harem, and some sausage slips into the hole Allah designed as an exit only, she’s not going to make up a Me Too story about how she was sodomized. She’s officially accepted her transition from being one of Hollywood’s hottest to being a “one of the guys” kind of girl. I wouldn’t be surprised if she owned more pairs of sweatpants than high heels these days. Her best bet now is to become the lucky seventh wife of a sympathetic Sheikh. And that’s only if she can prove her worth to be more than that of a high quality sex doll. Some of the silicon I’ve seen looks slightly more seductive than a real life Lindsay at the moment. 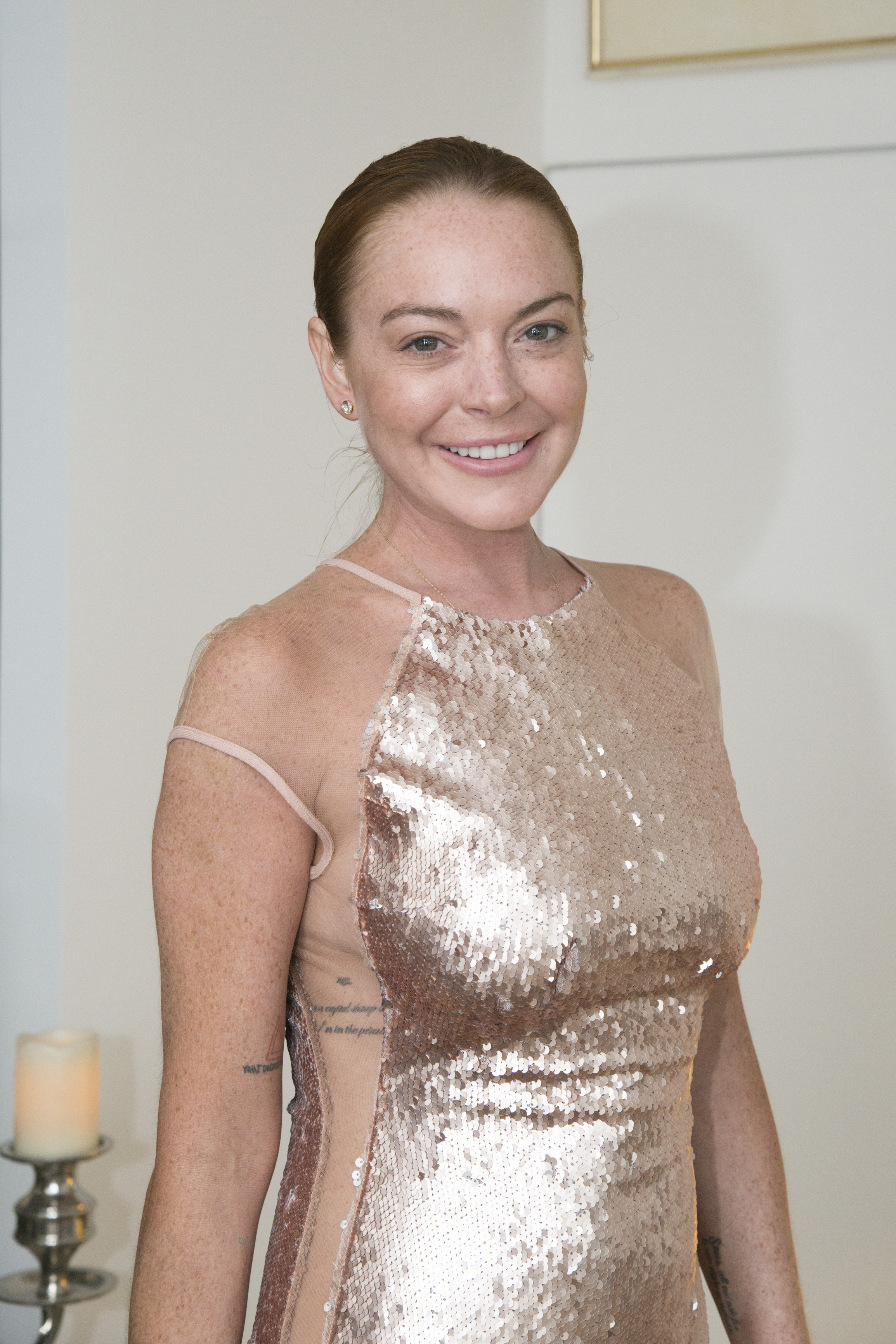