I’m guessing if you’re a guy that likes to butter his baguette in front of your lady friends without warning, France is an excellent place to spend your Me Too exile. The place has fines for catcalling but if you’re into stroking your summer sausage for a one woman audience, the activity falls into a legal loophole, just as long as you don’t whistle at her while she watches. That’s crossing a line. Louis C.K. happened to cross lines here in the USA so he crossed a couple of borders to find an audience to laugh at his jokes and a lover. Which is surprising. Because that means she knows who he is and is into similar freaky shit. Or she doesn’t know who he is because she doesn’t speak enough English to understand that he’s not in France on business or pleasure, but seeking refuge from American outrage. 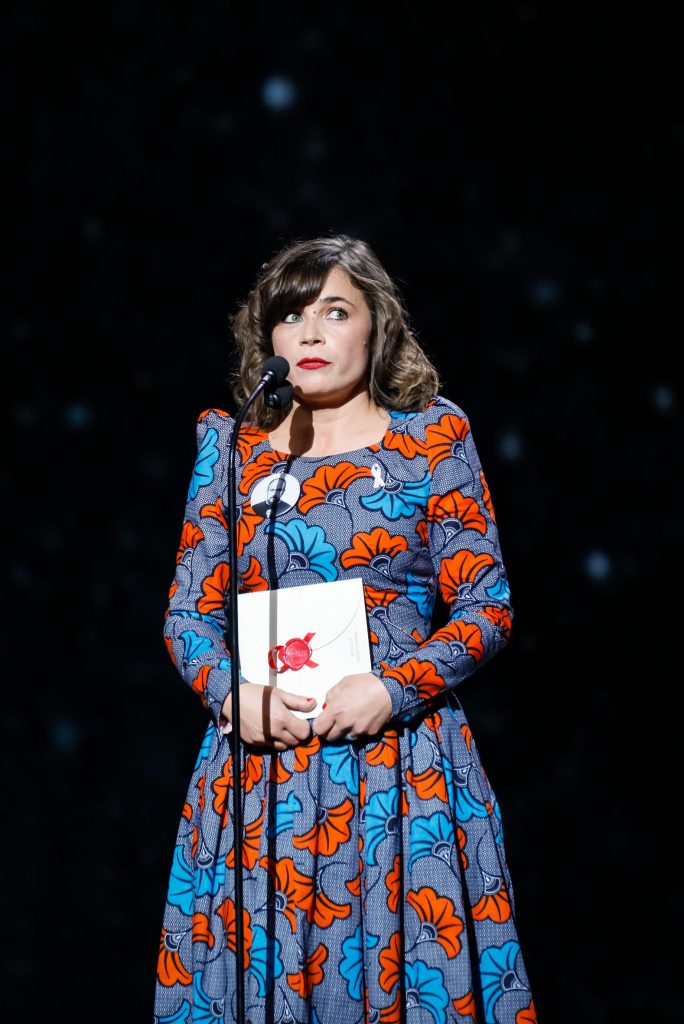 Louis and Blanche have been dating for at least a couple of weeks. They were photographed holding hands in New York City in October.

Louis C.K. went to France and they loved him so much that what was supposed to be a 20 minute set at a show in Paris called “New York Comedy Night”, turned into a 70-minute love-fest between him and the audience.

During his set, Louis didn’t really get into his stateside troubles; he merely repeated his line about having “lost $35 million in an hour” and said something about having troubles “in the PR department”.

He went on to tell the audience that he was dating one of their own.

“I’ve been dating this woman, and she’s French,” C.K. told the audience, adding that “any shitty American is welcome” in France.