Amy Schumer sure is a magical woman. I just wish making herself disappear was one of her tricks. Amy is to NFL Boycotts as Nicole Arbour is to the “This Is America” music video. Both females that allegedly claim to be funny inserting themselves into issues above their pay grade. Schumer really feels like she made a difference. And that she’s the main reason why no one wants to perform with Maroon 5. Levine’s voice is funnier than any joke Amy has ever stolen. If anyone should walk away with the award for scaring off Super Bowl acts and attendees in the name of inadvertent social justice, its going to be Adam.

Amy Schumer gave herself a pat on the back, taking credit for no artists collaborating with Maroon 5 at the Super Bowl LIII Halftime Show.

“I have done 2 Super Bowl commercials in the last couple years and I’m so stupid thinking my opinion would matter, right? Well guess what? I may have made a difference,” the 37-year-old “Snatched” star wrote on Instagram. “No one is stepping up to perform. Maybe they wouldn’t have anyway. But at least I tried to help out and do what other people are too greedy or afraid to.”Schumer called out artists in an effort to block them from performing at the Super Bowl Halftime Show in an effort to protest the NFL’s treatment of players who kneel during the national anthem — a protest in itself against police brutality against people of color.

Would you do that to stand up for people of color? I may have made an impact,” she boasted. “You can write about sports and even be the best at it but what have you done to help the marginalized or under represented [sic]? I will continue to do everything I can,” she wrote. “Even with all the snide little white sports writers making cutting remarks.”

The “Inside Amy Schumer” creator closed with a Gloria Steinem quote that read, “Any woman who chooses to behave like a full human being should be warned that armies of the status quo will treat her as something of a dirty joke.”

I wish Amy would look into doing more productive things with her life. She’s 50 pounds overdue for a Zumba class. It would be a Christmas miracle if the woman would take out one of her Lululemon outfits that she uses for Starbucks frap runs instead of hot yoga and leave the rest of us alone. No one has ever taken what any woman over 200 pounds has to say seriously. She’s not this equal rights Rosa Parks superhero that she thinks she is in her head. In reality, she’s more like a Harriet Tubby who takes the underground subway to stuff her face at the abundant food stands in Chelsea Market. 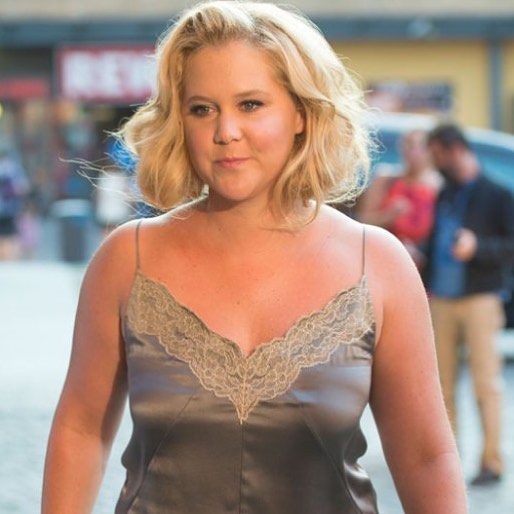