Rob Kardashian Has Women Fighting Over Him

“The enemy of my enemy is someone I would like to start a sexual relationship with” – Rob Kardashian. Rob has a learning disorder. He can’t remember to leave women with stripper names alone. He’s going to be tipping Blac Chyna more than she deserves every month for quite some time and now he wants to possibly repeat that process with another woman named Alexis Skyy. The woman named herself after a brand of vodka that is slightly one notch above use for well-drinks. You can get an idea of the quality of woman she is just by her name. Not top shelf. So there should be no surprise that Rob’s baby momma and Alexis had an unofficial UFC match at a Hollywood Hills party.

Kardashian, 31, shared a series of videos and photos of Skyy, 24, making him dinner at what appears to be Kris Jenner‘s Calabasas mansion. Their at home dinner date night comes after Kardashian called Skyy his Women Crush Wednesday. “My WCW… I’ve been wanting you for so long,” Kardashian wrote over a photo of Skyy. Skyy can be seen wearing a pink two-piece ensemble, the same outfit she wore the night of her alleged fight with Kardashian’s ex-fiancée Chyna, 30.

Skyy can be seen charging at Chyna, but was held back by party guests. Following the incident, Skyy hopped on Instagram, claiming the fight broke out after Chyna allegedly threw a drink at her and demanded she get out of her VIP section.

I get it. Every man has his vice. But Rob is going to run out of money the same way he has run out of dignity if he keeps this up much longer. He should look into dating a silicone sex doll if he’s into women with interchangeable plastic parts and no soul. Much cheaper route. 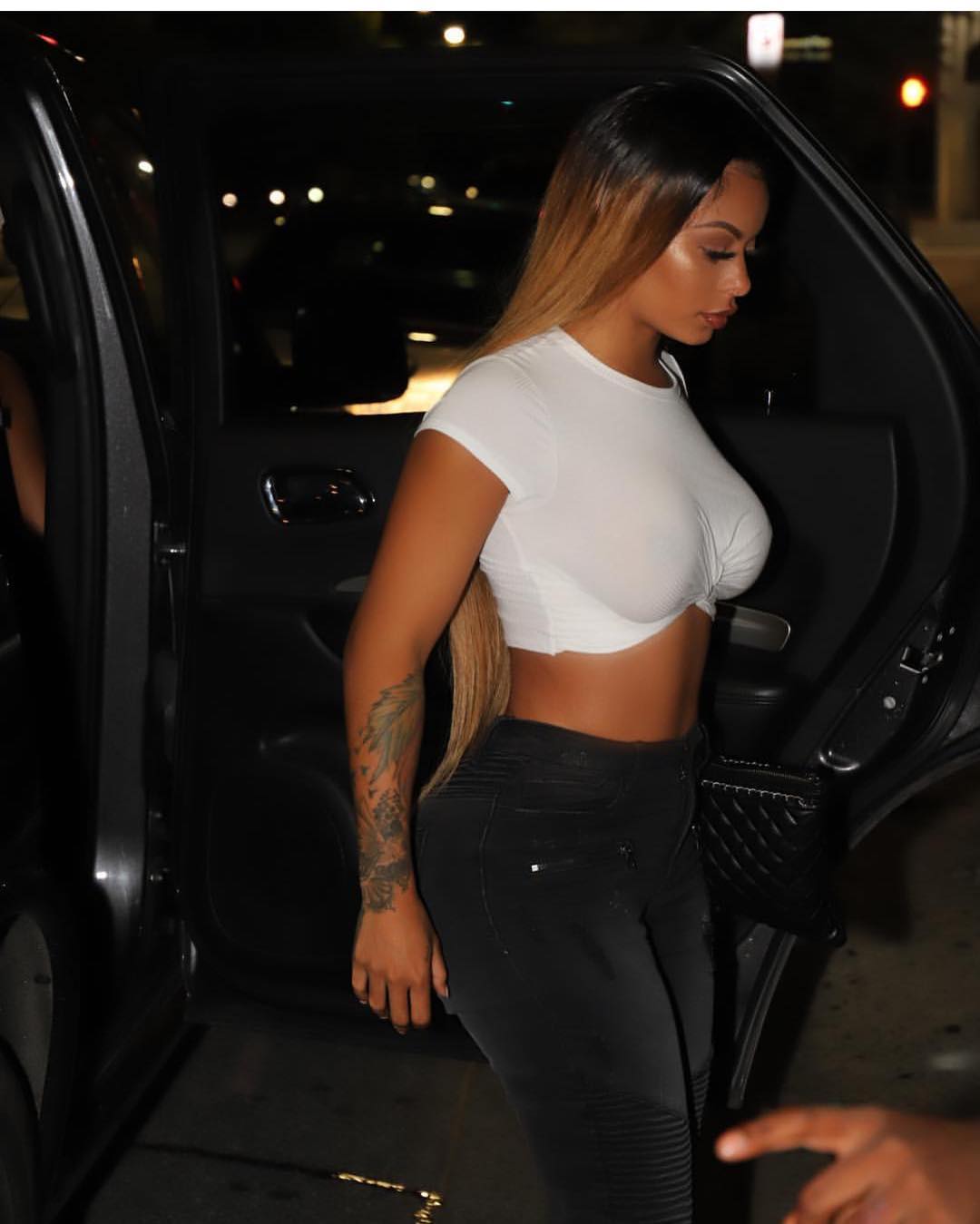