Harvey Weinstein May Have a Vagina! 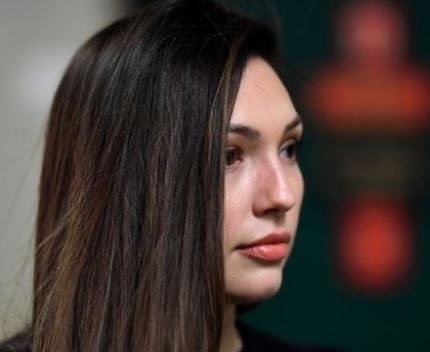 So the news is that the biggest or most high profile rapist in Hollywood, doesn’t even have a penis.

I don’t know if that means that the “Toxic Masculinity” or #MeToo movement everyone is mad about is totally misdirected at MEN, but is in fact a product of some inter-sex monster. Throwing the whole “men are evil” or “men abuse their power” theory out the window.

This new revelation in the Weinstein case totally changes the narrative of everything we’ve heard the last few years in the man-hating media.

Under oath, Jessica Mann, who Weinstein is on trial for raping testified in a Manhattan courtroom that Harvey Weinstein engaged in forced oral sex and raped her in early 2013.

She blamed her sexual inexperience on why she was in this “twisted” situation.

More interestingly, under oath she said that Weinstein doesn’t have testicles and appeared to have a vagina, saying she thought he was “intersex” the first time she saw him naked.

Under oath in the COURTROOM she said Weinstein doesn’t have testicles and appeared to have a vagina, saying she thought he was “intersex” the first time she saw him naked.

She went onto say “he would talk very dirty to me about fantasies and things, and compare me to the other things actresses that he said were doing kinky, dirty things with him,”

“He always wanted to film me. I never gave him permission.”

“The first time I saw him fully naked, I thought he was deformed and intersex. He has an extreme scarring that I didn’t know, maybe [he] was a burn victim …”

“He does not have testicles, and it appears that he has a vagina,” she claimed, saying she had oral sex with Weinstein.

As Mann claimed that he had deformed genitals, Weinstein dropped his head.

“It was very bad,” she said. “He smelled like shit — excuse me, sorry, like poop. He just was dirty.”

So a man with no dick who smells like shit, is the biggest monster rapist around. Now I’m not sure how no dick allows you to rape, but maybe we need to change the narrative that men in Hollywood aren’t the problem, where as men with vaginas are. That would really throw off everything we’ve conditioned everyone to think the last few year, but it would only be fair.

The more detailed story can be found HERE

I know what you are thinking, how did old Harv rape a girl he was sleeping with for over 5 years, who is now crying rape because she didn’t get famous while sleeping with him for 5 years, if he doesn’t have a penis and only has a vagina? Movie magic, that’s how. This man knows prop masters. Movie Magic man….