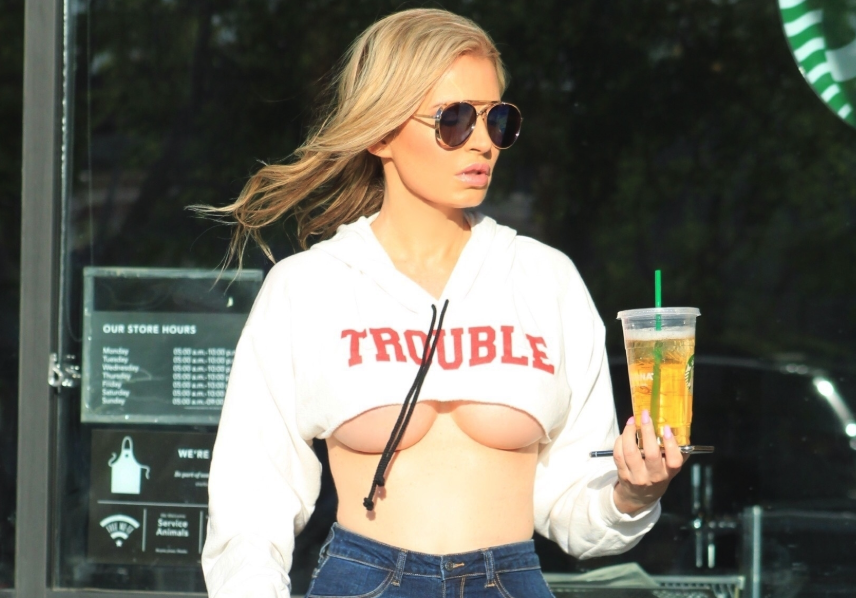 Women going out for the evening without underpants used to have a very limited upside. You weren't necessarily shuffled up to the VIP room to meet the visiting royals and Haliburton execs. But the bartender would fuck you in... READ MORE

Lisa Opie won a beauty pageant on one of the Caribbean islands where people go on package deals to fuck other people's wives. Opie is a more practical pageant contestant. If she's got stories on billionaires ogling her or... READ MORE

Lisa Opie in a Bikini

Fat women will point out how skinny women are just as likely to die in a thermonuclear explosion as they are. It’s probably not to your benefit to skip meals to fit perfectly into your little bikini. But that’s... READ MORE

Lisa Opie In A White Bikini

The obvious downside of being a chick who wears a bikini for her nine to five is the starvation and gym workouts you can’t fake. The upside, sleeping until 11:00 am and casually running a credit check on the... READ MORE

I’m not sure women should be allowed to strike this particular pose on the public beach. It’s like showing off breasts. It’s merely going to cause boys to become interested in girls and someday want to have sex with... READ MORE

Lisa Opie in a Bikini

If you can’t pull off a decent upward bow, you can’t be my girlfriend. Fuck if I grimace when I try to touch my toes. If I can’t rest my chalupa party pack on your midsection for at least... READ MORE