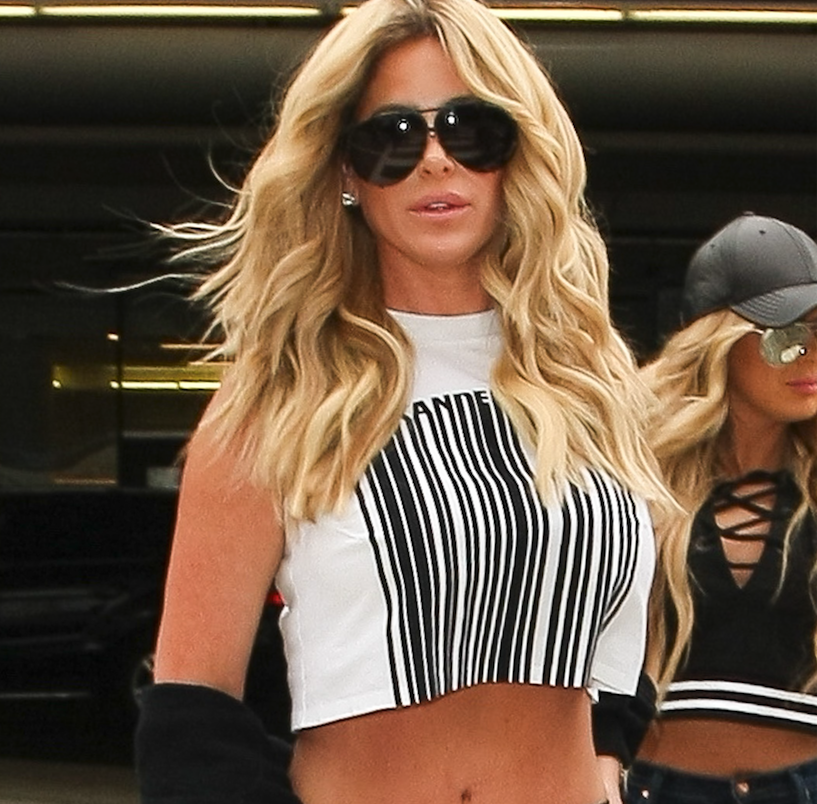 Is racism a dated concept? Surely it must be gone by now because that’s what Kim Zolciak believes. Now that whatever fame she has is fizzling out she’s free to go full privileged white woman on a few females.... READ MORE

Things were never great for Kim Zolciak’s face – especially there towards the end – but now it’s finally apparently exploded all over the place and died. The ninety-five-year-old Real Housewife star was recently called out by Marlon... READ MORE

Kim Zolciak Weighs In On Sex And Marriage

I don’t think it’s a secret that sex can save a marriage. According to RHOA’s Kim Zolciak that’s how she saves herself from divorce and upholds her end of the love contract since the day she said “I do.”

Kim Zolciak Pulling Back Her Puppies

Kim Zolciak has made a dramatic step toward privacy and personal boundaries. Henceforth, she is no longer sharing the lives of her dogs on social media. Her daughter's vagina and son's gaping surgical wounds still obviously ripe for public... READ MORE

Kim Zolciak is working through a menu of 100 Desperate Fame Whore Moves as diligently as Lindsay Lohan through her Quran picture book. Hint, don't look at the Muhammed cartoony guy if you want to live.

After you've published invasive photos of your little kid in the E.R. and offered up your daughter for oral to gain social media traction, where do you do to get your reputation back? Kim Zolciak staged a wedding vow... READ MORE

On this week's Last Men on Earth podcast we wonder how crying rape became a de facto conviction, measure Kim Zolciak's fame prostitution among the elites of the land, critically review Serena Williams love letter to her... READ MORE

The Grossening of Kim Zolciak

Kids of horrible celebrity parents don't deserve anything but total sympathy, if not a kidnapping to a remote location where their shameless self-promoting parents can never find them. They can be raised by hot French au pairs. Bill Gates?... READ MORE

Kim Zolciak Bikini Comeback And Shit Around The Web

Kim Zolciak is returning to the Real Housewives of Atlanta. The decision coming after her husband became NFL unemployed and all of her LinkedIn suggest jobs involved hooking in the Gulf states.