Time’s Up For Lena Dunham

Lena Denham looked like Louie Anderson in Demi Moore drag while attending the HBO Official Golden Globe Awards After Party last night in Los Angeles, and yes, she wore black! The 75th Annual Golden Globes proved that assault and inequality are no match for fashion-forward protesting, as pretty much every actress wore black to further a cause that most would be hard-pressed to define.  A real message to further the #MeThree! and #TimesUp movements would have been to dress like the women from The Handmaid’s Tale, or just, actually boycott the awards show entirely, but wearing dresses from a funerary scene set in The Capital from The Hunger Games is second best. The whole night felt very grounded and relatable.

While most celebs took the opportunity to flaunt what Weinstein will be missing out on in cleavage-baring and curve-hugging gowns, Dunham kept things more appropriately chaste by wearing a droopy frumpy entire bolt of black fabric. The fact that she probably thinks she looks sexy is enough to make you want to down a bottle of Xanax. When Dunham isn’t finger blasting her underaged sister or defending an alleged rapist because he’s neat to work with – even though she’d crucify a man for staring at her exposed shoulders in this stunning dress – she’s fighting sexual assault in Hollywood. Dunham even took to Instagram with the caption:

You heard it here. Oppression, underrepresentation, discrimination, abuse, AND violence are gone! Poof! Now if only the same could be said for Dunham. 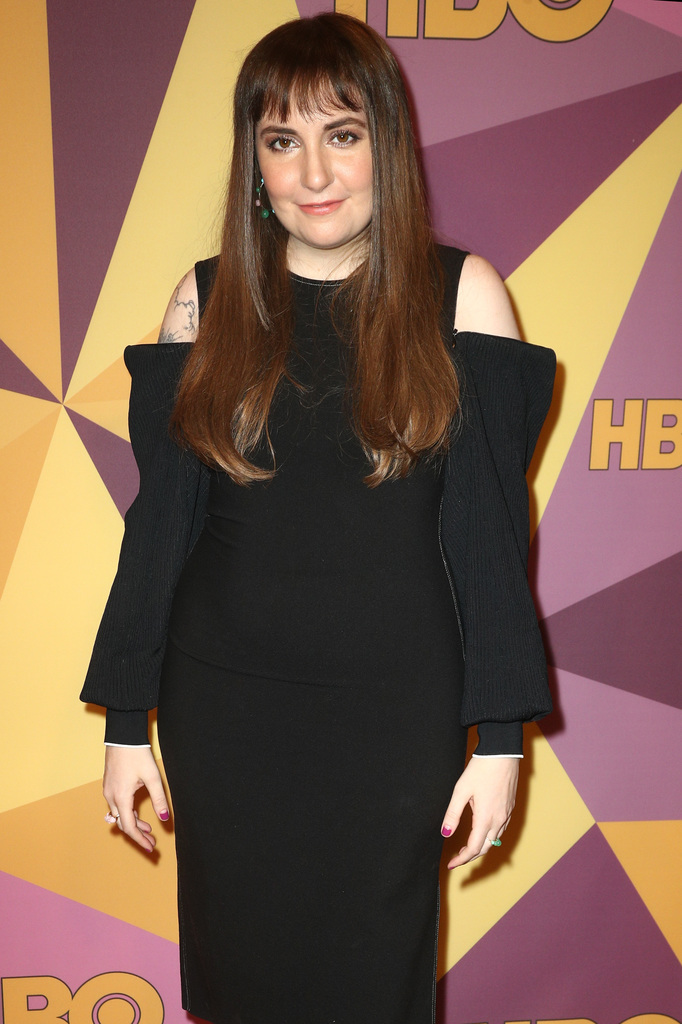