Incessantly referring to yourself in third person and marrying a gypsy that swindled her way the top doesn’t make you a genius, but don’t tell Kanye West that. Kim is upset with her husband after finding out he wants to fill every hole of each woman he calls sister-in-law. If there was a Mount Rushmore for whores, Kim, Khloe, Kourtney, and Kylie would be up there. And possibly Kendall whenever she decides to come out of the closet. Kanye just wants to make America great again. What better way to do that then by dutifully servicing the females of America’s first royal family. I don’t know why Kim feels she deserves the decency of Kanye keeping his mouth closed about the matter. If he wasn’t making music, he strikes me as a guy that would attempt to make a living off of Youtube by uploading carefully curated slow motion lingerie football league highlight reel compilations. Does a channel like that already exist? Asking for a friend.

In the rapper’s latest single, “XTCY,” Kanye makes no real bones about the fact that he wants to bone Khloe Kardashian. And Kourtney Kardashian. And Kylie Jenner. And, heck, Kendall Jenner, too.

“You got sick thoughts?/I got more of ’em,” West says in this track, adding in explicit detail:

“You got a sister-in-law you would smash?/I got four of them

“Damn, those is your sisters/You did something unholy to them picture/Damn, you need to be locked up/Nah, we need a bigger hot tub.”

RadarOnline reports that Kim Kardashian is big mad at Kanye over his creepy lyrics about her sisters. According to their insider, Kim is “furious” with her husband for pulling a stunt like this. The source says that “Kim was livid” when she first heard his outrageous lyrics. And it sounds like this caught her totally off guard. “He did not run the lyrics by any of them before he dropped the song,” the insider reveals. “It really grossed them all out,” the source reveals. There’s a difference between knowing that you’re hot and hearing a member of your family confess that he wants to bang you. The insider shares that: “The whole family was shocked that he would sexualize them like that.”

Kanye and Kim being able to command so much attention from everyone is a mistake. Just like the first time you thought infiltrating your girlfriend’s vagina in a body of water would be a good idea because wetter is always better. But then when you stick it in you instantly regret and realize it’s basically the same experience as making love to one of the pool jet openings along the pool wall. Sure there’s less stigma getting caught plowing your girlfriend in the pool than an underwater glory hole, but both actions, nonetheless, are errors in judgement. And an error that I would like to avoid from now on is caring about anything Kanye/Kim related. 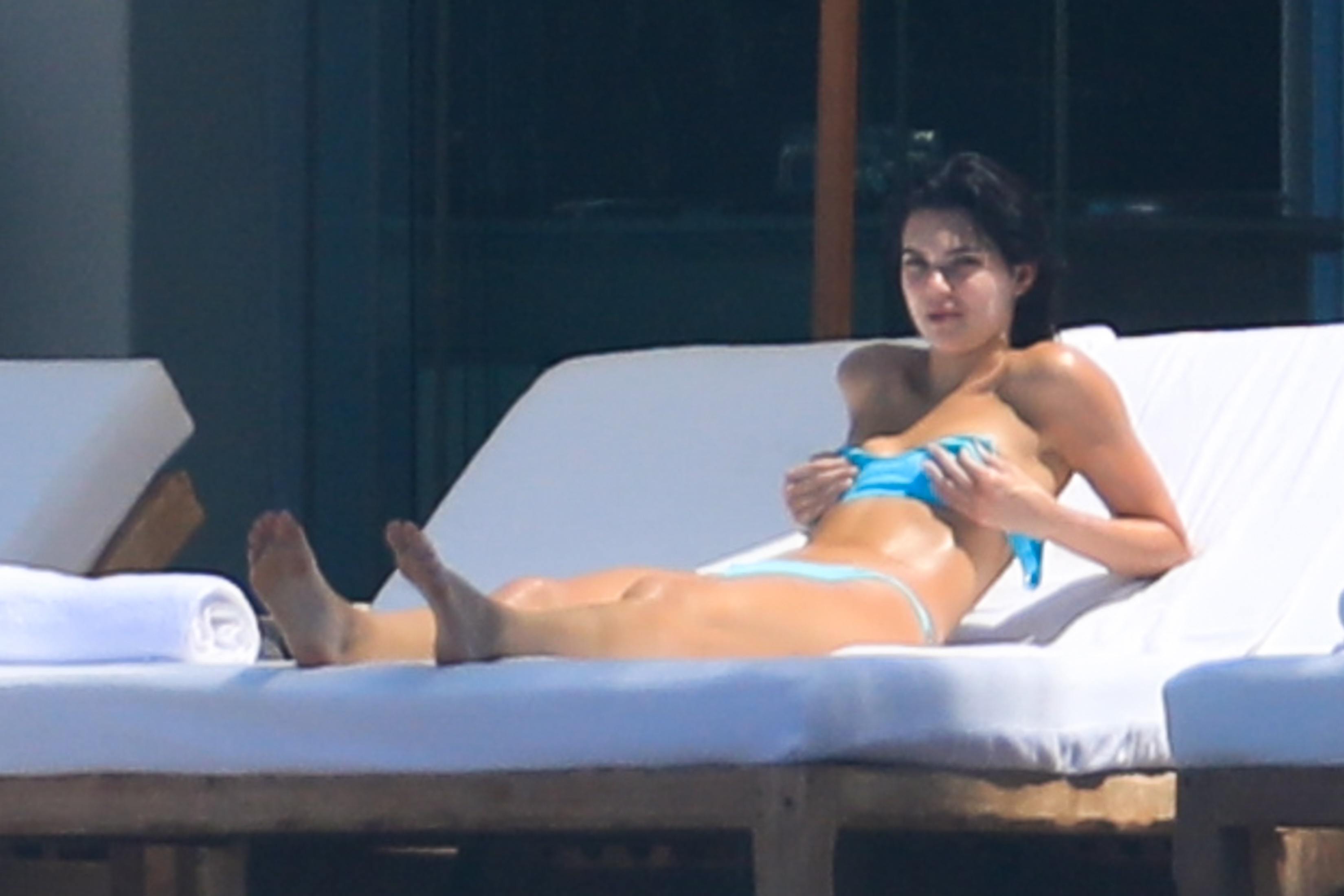