So do we like Ariana Grande or not? The details of her four-minute relationship with that guy whose name I can’t remember (Phil? Pip? Who the hell knows anymore) are already getting fuzzy, and I’m starting to recall that even though she’s technically an America-hating nymphomaniac Bratz Doll, she’s pretty damn hot, has a sense of humor, and some pipes to boot. The fact that she can spin getting skewered by Phil’s huge dick into a career high is something that you’ll either love or hate.

A month after breaking things off with Patch in October, Grande name-checked him in the single Thank U, Next, and now the official music video is out. And it’s good. And fun. Hey, we don’t have to hate everything here. Grande is a marketing guru, and if being a marketing guru overlaps with being a sex worker, then I’m cool with it.

The video pays homage to various teen comedies like Mean Girls, Bring It On, 13 Going On 30, and Legally Blonde. In a time when even Miley Cyrus is so self-serious that she’s tackling gun violence in a music video, we need to appreciate when celebs can offer us something legitimately fun. Remember what fun is, Hollywood? Nah they don’t know. Cameos include Kris Jenner (admittedly not fun) and Jennifer Coolidge – who reprises her role from Legally Blonde, but upon seeing Grande, states “Who are you again dear?” Kidding. She doesn’t care. She’s Jennifer fucking Coolidge.

Grande can’t help but be a little gross, and loses points for alluding to Pablo’s big penis not once, but twice. In her rip on the Mean Girls “burn book” she apologized to Pablo for “dipping him” (AKA dumping him) and at the bottom of the page writes “HUUUUGE.” Is that throw up on your keyboard or are you just happy to see me. Then, while chatting with Coolidge’s character, Grande states:

Was he really cute? I remember him looking like a literal monster, but again, the memories are fading fast. So, do you like the music video in any capacity, or are you still confused as to how this isn’t just a random CamSoda feed? Spoiler: It is. 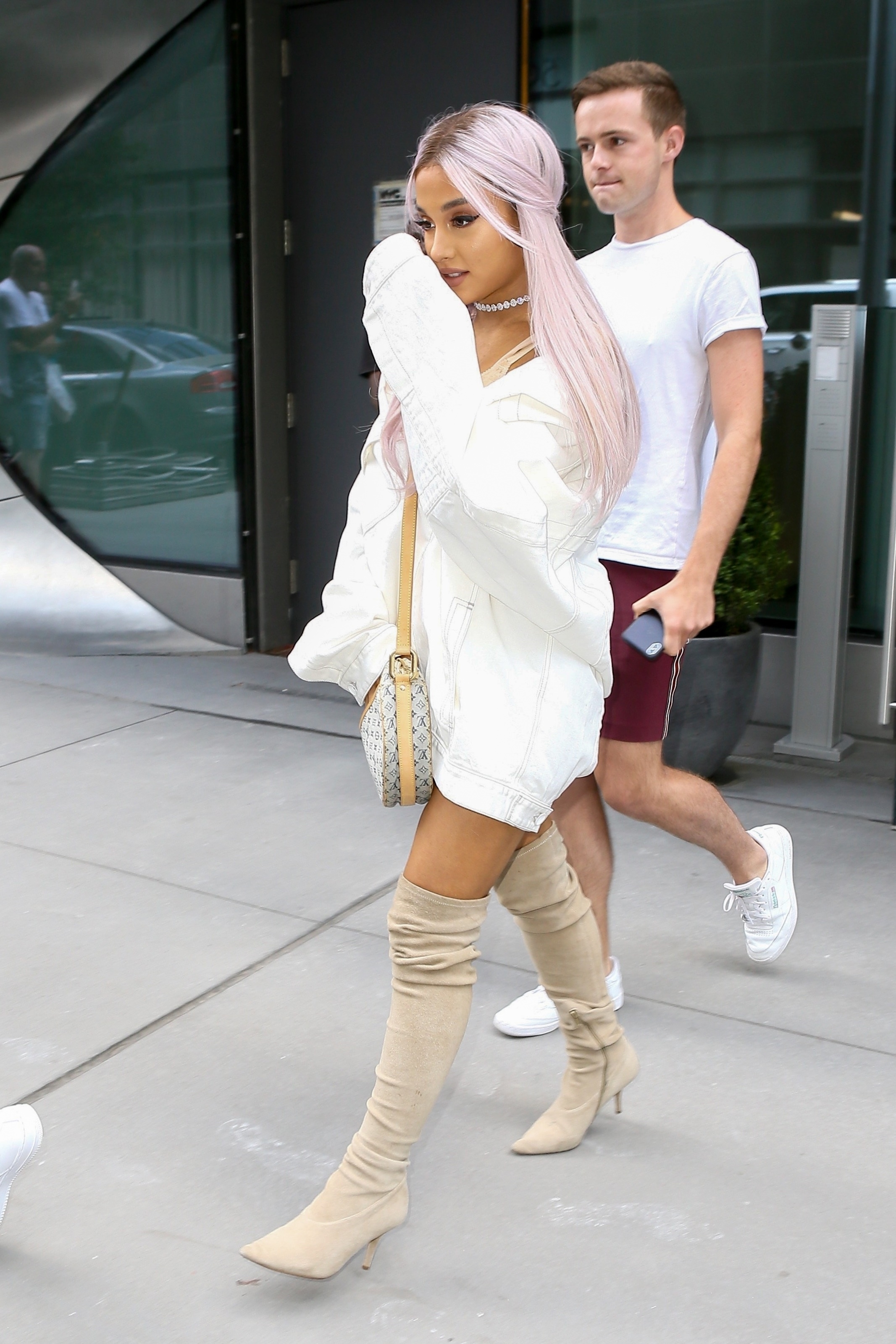