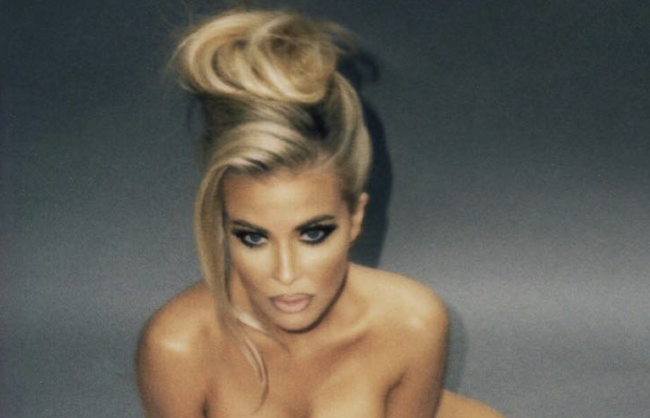 Carmen Electra has been dead for a decade, but that isn’t keeping her sexy ghost from stripping down for some porny pics. Before we get too far into this breaking development of a used up stripper showing the... READ MORE

Bratz doll dug up from the Pet Cemetary Carmen Electra never went for the natural look. This helps in old age. You can't fade if you were never bright. The Kylie Jenner long con.

Carmen Electra’s Lube And Shit Around The Web

90’s hottie Carmen Electra is coming out with her own line of personal lube. You can fire up those old Baywatch tapes and slather your wiener in her petroleum jellies and have a grand old time. Hide the selfie stick now.... READ MORE

The AIDS parties really are the best. I don’t mean those popup street fairs where HIV positive rogues gang rape a newbie into the club. Those are amusing but with a tinge of regret. I mean the big dress... READ MORE

Carmen Electra in a Bikini

Any time Carmen Electra posts bikini pictures of herself, the media raves about how she looks as good as she did in her Baywatch days in the late 90’s. It’s a tacit reminder about how she hasn’t worked in... READ MORE

Everybody calls themselves a DJ, but how many can actually score a sweet gig spinning the tunes in Uruguay? That’s the 2015 version of being big in Japan. It’s unclear whether Carmen Electra brought her own iPod or one... READ MORE

Carmen Electra appeared on Oprah’s “Where Are They Now?” and talked about her marriage to Dennis Rodman and some other shit that even Oprah couldn’t pretend to care about any more. Getting screen time is a bitch these days,... READ MORE

I’ve been waiting for something interesting to happen at the New York Fashion Week. Like a Sarah Jessica Parker shooting spree or Michelle Rodriguez caught finger banging the mayor’s lesbian wife. But nothing. I understand fasion is supposed to... READ MORE