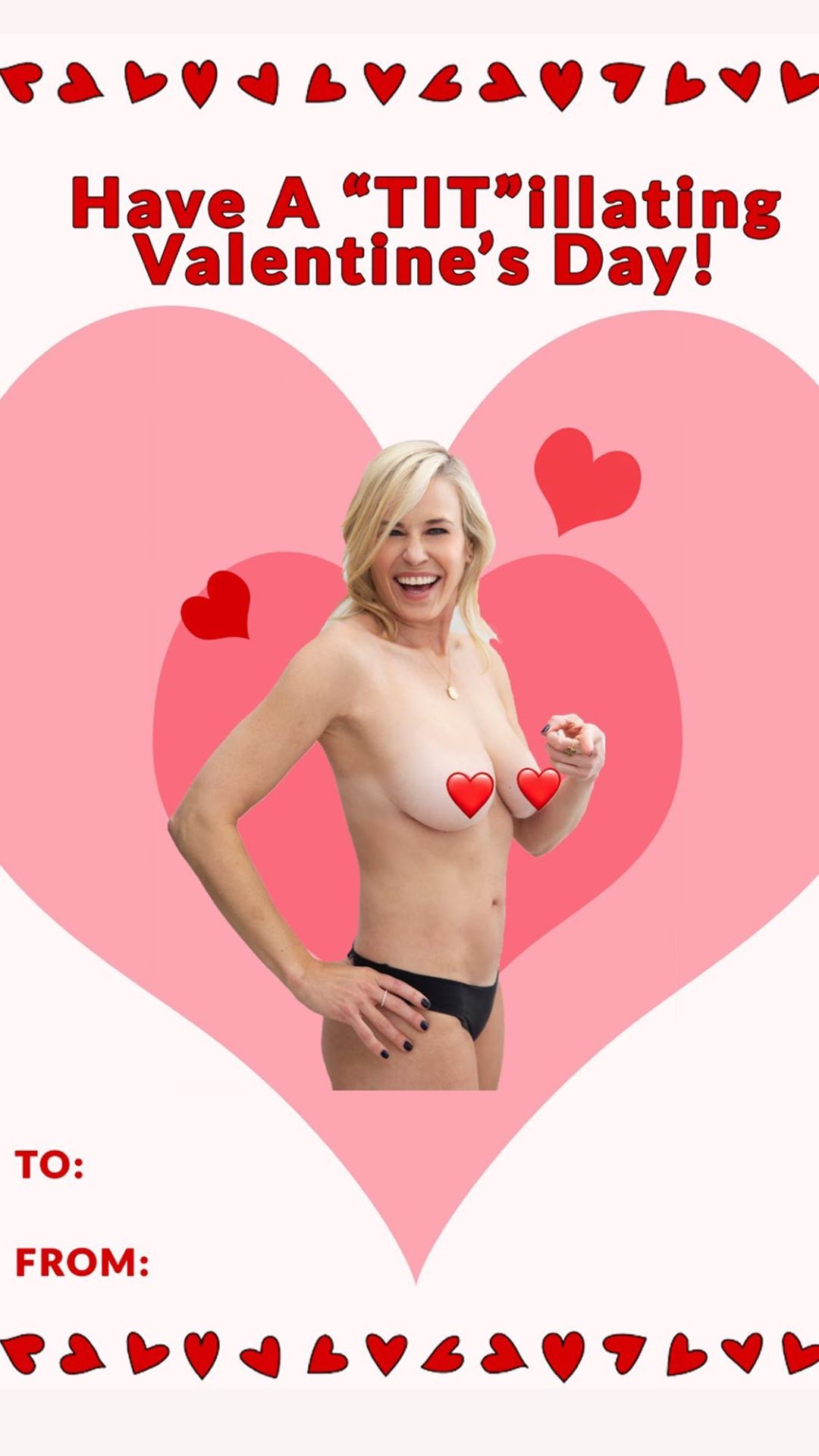 Chelsea Handler’s Version of a Valentine

Chelsea Handler may be old and semi washed up but she’s rich as fuck and loves showing off her tits. Here is her version of a Valentine’s Day card, her topless body with hearts over her nipples. I wonder... READ MORE

Today’s Blind Item is a first, because it comes straight from the WWTDD fact mill. A connected coworker of mine came into this verified gossip thanks to his comedy world contacts. The disgraced hotel room ginger FUPA dick... READ MORE

Chelsea Handler Shows Off Her Nipples And Old Body

Chelsea Handler has finally landed a joke. And it’s her body. To be honest, Handler’s books My Horizontal Life and Are You There, Vodka? It’s Me, Chelsea are funny and non-PC, so if you have a big of enough of... READ MORE

Chelsea Handler Is A Body-Shaming Bully

The pendulum has swung in the other direction completely. This world went ass backwards a while ago and we are now stuck somewhere in the Twilight Zone. Believe it or not but bullies are now becoming the victims of ridicule.

Chelsea Handler Didn’t Do So Well at Netflix

Chelsea Handler announced she will not be taping another season of her show, some variation of the name Chelsea, for Netflix. Handler issued a statement insisting that her leave is prompted by her desire to travel the nation and... READ MORE

On this week's Last Men on Earth podcast, we dive deep into why Chelsea Handler can't do funny, Kesha's setback to her setback in fake rape court, wonder as to whether sex addiction is an ailment or... READ MORE

It's important in life to know if you carried the team to victory or the team carried you. Conduct yourself accordingly.

Chelsea Handler lead the Women's March at the Sundance Film Festival, meaning she was already there to get shit faced and the biggest celebrity willing to brave the cold while hungover. READ MORE