Guess who just bought new glutes off the black market? Black-acceptance seeking Madonna’s newly remodeled backyard is enough to make Sir Mix-a-Lot finally tell his first fib. I’m not sure what her options were when checking out available asses to choose from, but the ant from “A Bug’s Life” edition isn’t working for her. I’m actually concerned for her health. Because it looks like there are more miscellaneous scraps inside of that shit than a 7-11 hot dog.

Madonna shocked fans with a surprise performance at New York City’s famed Stonewall Inn on New Year’s Eve and ever since the internet has been buzzing about her amazing show — and her backside.

It was not her performance that had many people talking but rather what fans claimed was her fuller derriere, with many speculating the pop star had undergone bottom enhancement surgery or was possibly wearing padding on stage.

Madonna needs an intervention. If she passed wind too fast there’s a high probability the force would force the adhesive holding together her 3M Command brand hams to become undone. Instead of this fat-acceptance movement, how about an ass-acceptance movement. That’s something I can get behind, literally. I’d support that better than whatever witchcraft is responsible for keeping Madonna’s mangled pants meat in place. She has way too much money to search Groupon first for new cheeks. But hey, you get what you pay for. I’m sure there’s a few lessons to be found in all of this. Wait until the flat tire filler dries before putting on Levis seems like it’s at least one of those lessons.

#PressPlay: #TSRMommyDuties—#Madonna & her son #Banda on the mic!! Sis been doing her squats!!! 👀 🎥: @micheleruiznyc 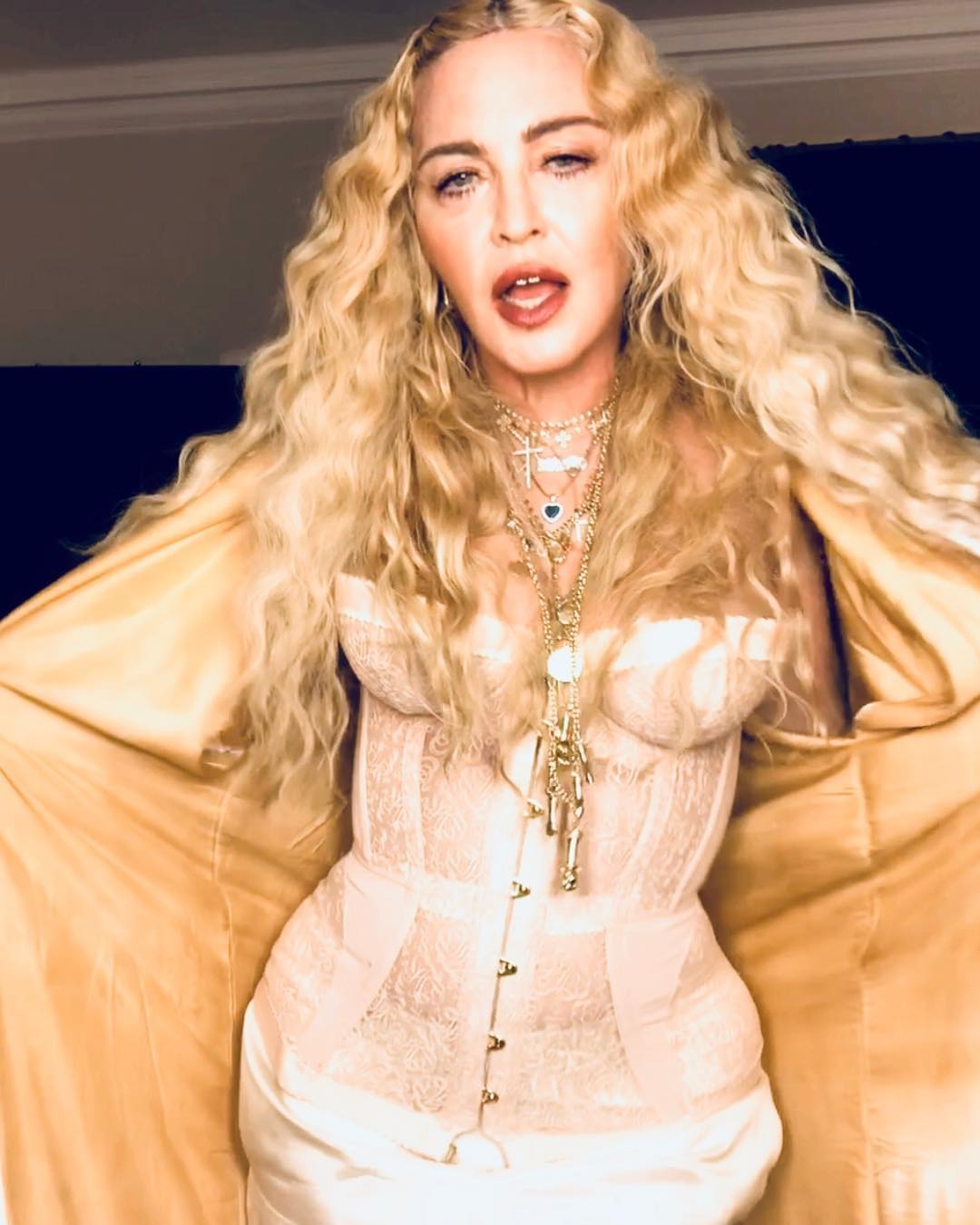