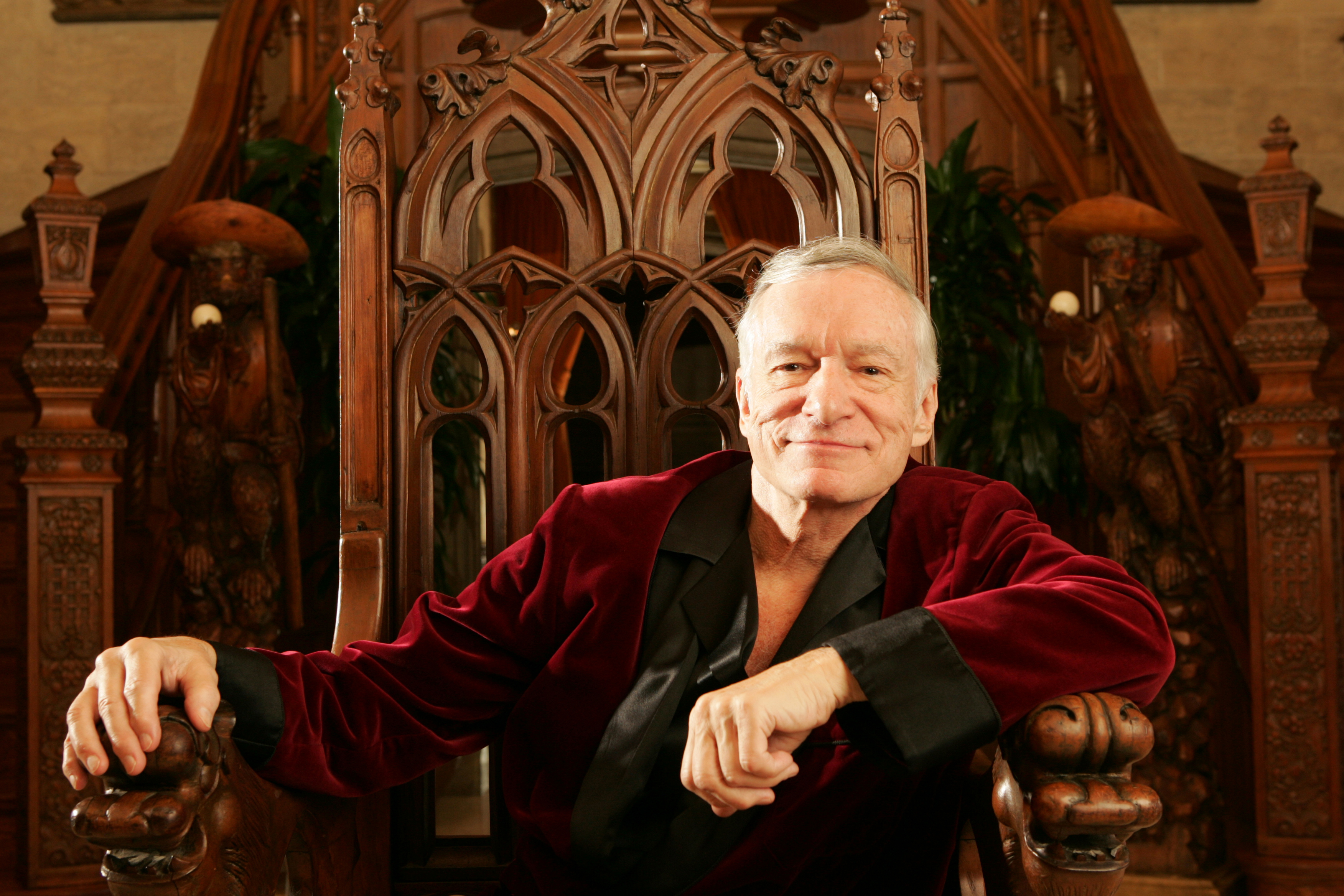 The ghost of Hugh Hefner can rest easy knowing the hallways he was recently appointed to haunt won’t be torn down but instead remodeled. The Playboy Mansion wasn’t landmarked by Los Angeles as originally planned but the new owner,... READ MORE

Hugh Hefner Manages To Annoy The Living In The After-Life

It’s no secret that most old people are annoying. The closer someone gets to assisted breathing and high-fiving death the bigger the burden they become as a person.

How To Get Into Hugh Hef’s Final Mansion Party

I wonder how many people were waiting for Hugh Hefner to die so they could put chicks with dicks as centerfolds and throw a celebratory bash at his mansion without the obligation of inviting the man himself.

Crystal Hefner Wasn’t In Hef’s Will, But Still Cashing In

Hugh Hefner finally died. It's been one of those decade long slow walks to the grave that most people probably hope they get to experience.

It's not unusual for the sons of inheritance to believe they earnestly earned their professional stature. The alternative theory is too demeaning to consider. Though more ambitious men will intentionally not follow in their successful father's footsteps to avoid... READ MORE

Playboy Bringing Back the Tits

Here's how the free market works better than millions of baristas and NBC executives hysterically sharing fake news stories on social media. Playboy pulled tits from their magazine, people who were still buying the magazine stopped buying it, they... READ MORE

If Hugh Hefner was in his prime right now he'd most likely be in jail for rape. Assuming he escaped the charges, he'd probably he a highly successful pariah. There's not much middle ground. Society arbitrarily selects a few... READ MORE

The Playboy Mansion is for sale for only 200 million dollars. The catch is that Hugh Hefner gets to still live there until he dies. If I wanted a crusty old pervert hanging around my house I’d have my... READ MORE

Hugh Hefner’s ex fake girlfriend and reality show whore Holly Madison wrote a superbly uninteresting tell all book about life in the Playboy Mansion and is now spilling the mundane beans to any shitty tabloid who will listen. Some... READ MORE