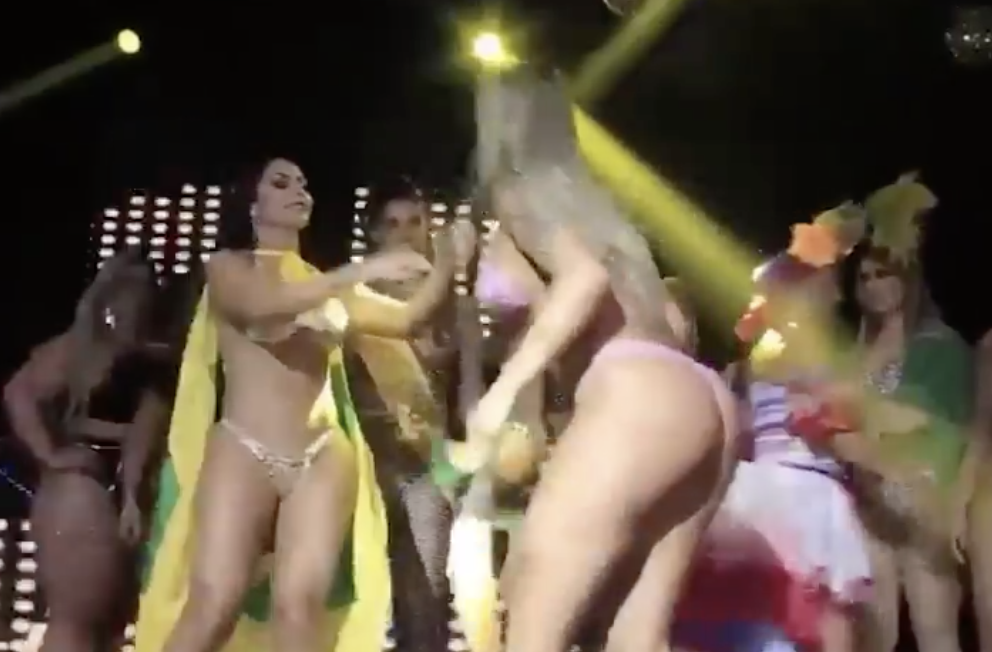 Brazil’s rich heritage has afforded the world so so so much. Cocaine. Prostitution. Botched surgeries. Big asses. All of these cultural touchstones came into play to varying degrees in the most recent, and apparently last ever, Miss BumBum... READ MORE

Miss Bumbum’s Bum Bum and Shit Around the Web

I typically stay away from women who are into hugging trees. They never put out, or shave their pits, box, or legs. So I was genuinely confused when I saw Miss BumBum contestants tying themselves with rope to trees.

Bumbums in Boy Shorts and Shit Around the Web

India Westbrooks see-through, Madison Pettis all grown up, and more!

Eiza Gonzalez Spandex Superstar and Shit Around the Web

Brazilians accept the fact that their annual hottest ass contest takes place about every six weeks and is primarily an excuse for older rich guys to hang around desperately competitive young women and get laid. So the very same... READ MORE

The annual Miss BumBum contest took place in Brazil for the tenth time this year. That thing seems to occur on a calendar of whenever Paolo's backyard is available and his old lady is out of town. Still, it's... READ MORE

For all their shortcomings and shitty handball matches, Brazil excels at the production of vulcanized rubber, chicken parts, and attainable looking sixes with enormous fake asses. READ MORE