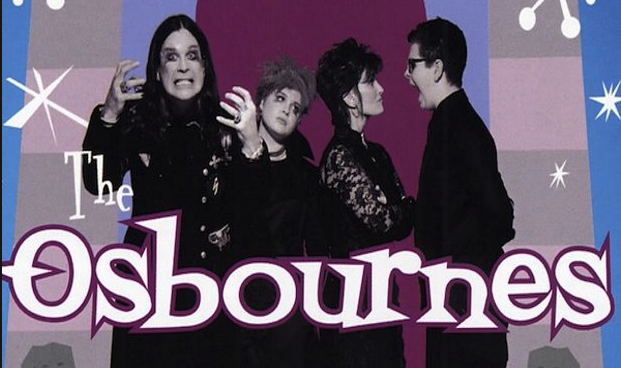 I’m beginning to believe that the experts have stopped working on figuring out time travel altogether due to our inability to leave the past. Why would we need a fancy machine to transport us back in time when there... READ MORE

Half of the young female "celebrities" today hide behind feminism. They don't really care about women's rights, they just want the right to expunge their slut phase college days as they move on to their middle-aged minivan soccer mom... READ MORE

Ozzy Osbourne is undoubtedly a rock star. And when you're as famous as Ozzy having sex with other women that aren't your wife is almost obligatory. If anyone is to blame it's the women who were sexually excited by... READ MORE

Sharon Osbourne took to her talk show to tearfully announce that her husband Ozzy Osbourne was entering sex addiction therapy, or would be, after a summer rock tour with Black Sabbath. So, the worst place for a sex addict.... READ MORE

When you desperately need to be in the news, you can't go wrong with outing the hair dresser who let your dad rub his flaccid cock up against her smock after a blow out. READ MORE

There's been a lot of speculation that this Ozzy Osbourne affair saga is a publicity stunt cooked up by Sharon Osbourne over a vat of witches brew. A key piece of supporting evidence would be his official announcement today... READ MORE

Ozzy Osbourne Still Fucking After All These Years

Sources confirm the worst about Sharon and Ozzy Osbourne's relationship: At this time Ozzy is not at the marital home. A bit formal considering the couple have split several times before. That's not even counting the episodes of Ozzy wandering... READ MORE

Sharon Osbourne revealed a few details of the time she fucked Jay Leno to the Stern show while people listening vomited into their waste baskets at work. Outside of the surprising news that Leno indeed has a functioning human dick,... READ MORE

The Osbournes Coming Back To MTV

Sharon Osbourne announced she and her shockingly still alive husband will be reprising The Osbournes for an eight episode run on MTV. They probably don’t need the money so this is more of a legacy project, like how Ted... READ MORE

According to ace on the scene reporter, Cyndi Lauper, Sharon Osborune didn’t take kindly to music manager Jordan Feldstein taking a dig at her son Jack during the Clive Davis pre-Grammy gala at the Beverly Hilton. Nobody was close... READ MORE