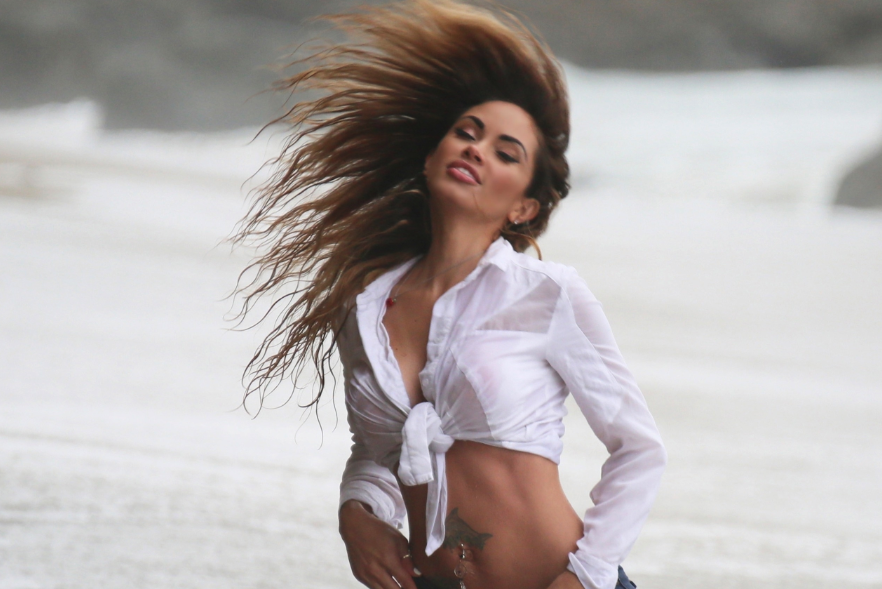 Ari Lezama Water Logged and Crap Around the Web

Hump day just got a lot better thanks to these links including Rita Ora topless, Liz Hurley looking amazing, and the latest nude scenes on DVD and Blu-ray! READ MORE

Kara Del Toro Tora Bora and Crap Around the Web

It's impossible not to see a lineup of offspring from a certain family and start picking out the one that is not like the others. Every family has their Eric Trump. What the fuck happened there? When a signature... READ MORE

Christie Brinkley no longer cares what people think about her looks. As evidenced by her ceaseless amounts of plastic surgery and eleven hours with teams of dry wall spacklers preparing for public events. Or fucking John Mellencamp. READ MORE

I don’t know how fucking old Christie Brinkley is. But I’d ask her to keep her Methuselah hands hidden while you’re banging her in bed. Does your pelvic bone normally crack like that? I’m stopping. My safe word is... READ MORE

Is it normal for a sixty year old woman to make your genitals tingle? I thought sixty year old ladies knitted quilts and baked tuna casserole. Christie Brinkley is filling out a bikini with her ample breasts and partying in the... READ MORE

Sports Illustrated has been pulling out all of the stops to both promote and celebrate this year’s swimsuit issue, because they consider this 50th anniversary issue to be a huge milestone. Is it a milestone because this magazine has... READ MORE

Christie Brinkley Is a Miracle

How is it that Christie Brinkley’s plastic surgeons aren’t winning some kinds of scientific awards in small European cities. There’s always old dudes in black tie and hair coming out of their ears applauding some Czech doctor who cured... READ MORE

Christie Brinkley could use a little color

Christie Brinkley stopped to sign some autographs last night after seeing ‘Chicago’ on Broadway, and it turns out she was recently in a science accident that turned her invisible and now she has to paint on a face of... READ MORE