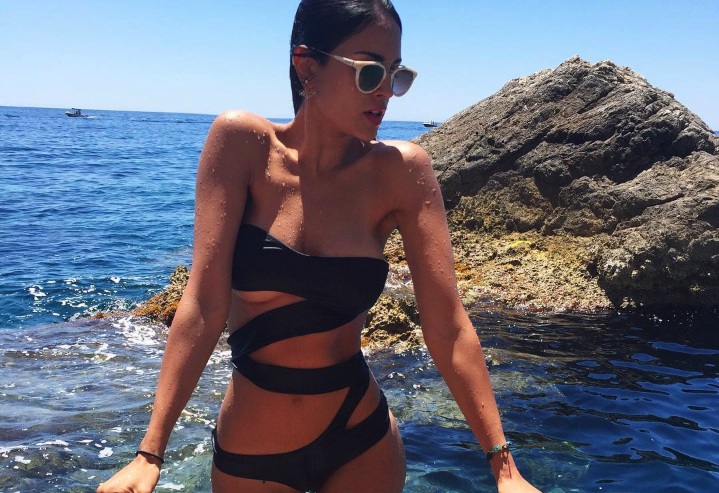 Gwen Stefani Doesn’t Know Much About Herself

Gwen Stefani lost a trivia game to a fan on Jimmy Kimmel Live, forcing her to fork over her purse, sunglasses, and dress. While the woman who knew Stefani better than herself officially won, both ended up being losers.... READ MORE

It's fun! I love finding the stash of onion rings he keeps in his taint! Nom nom nom.

Gwen Stefani Gets Felt Up

America’s first line of defense against terrorism known as the TSA personally made sure she wasn’t in possession of any explosives. A nice cavity and crevasse search really does bring home the lesson that life after music is rough.

Bella Hadid Lingerie Eveningwear and Shit Around the Web

Gwen Stefani Sings For Her Cock

Gwen Stefani felt compelled to create a third solo album speaking to her messy divorce and new found love. It's tantamount to speaking with her on the phone for ninety minutes about her relationship issues. That's the dream. READ MORE

According to Us magazine, which is basically the wild speculation of a fat woman on the divan watching Dr Phil but with a major print magazine behind her, Gwen Stefani busted Gavin Rossdale for a three year affair with... READ MORE

Gwen Stefani has joined the chorus of modes and celebrities taking a stand for public breastfeeding by traveling to their European vacation homes and nursing under the sun. In staunch opposition to the breastfeeding hotties is one guy in Idaho... READ MORE

Gwen Stefani Is A Freak Of Nature

Yesterday, Gwen Stefani attended the baby shower of the wife of one of her old No Doubt bandmates that she dicked over when she decided to launch her solo career years ago, and it’s just ridiculous how good this... READ MORE

Sure, their bands were perfect examples of how terribly shitty the pop “rock” music of the 1990s was, and, sure, a 47-year old man has no business wearing a choker, no matter how hip or cool he thinks he... READ MORE