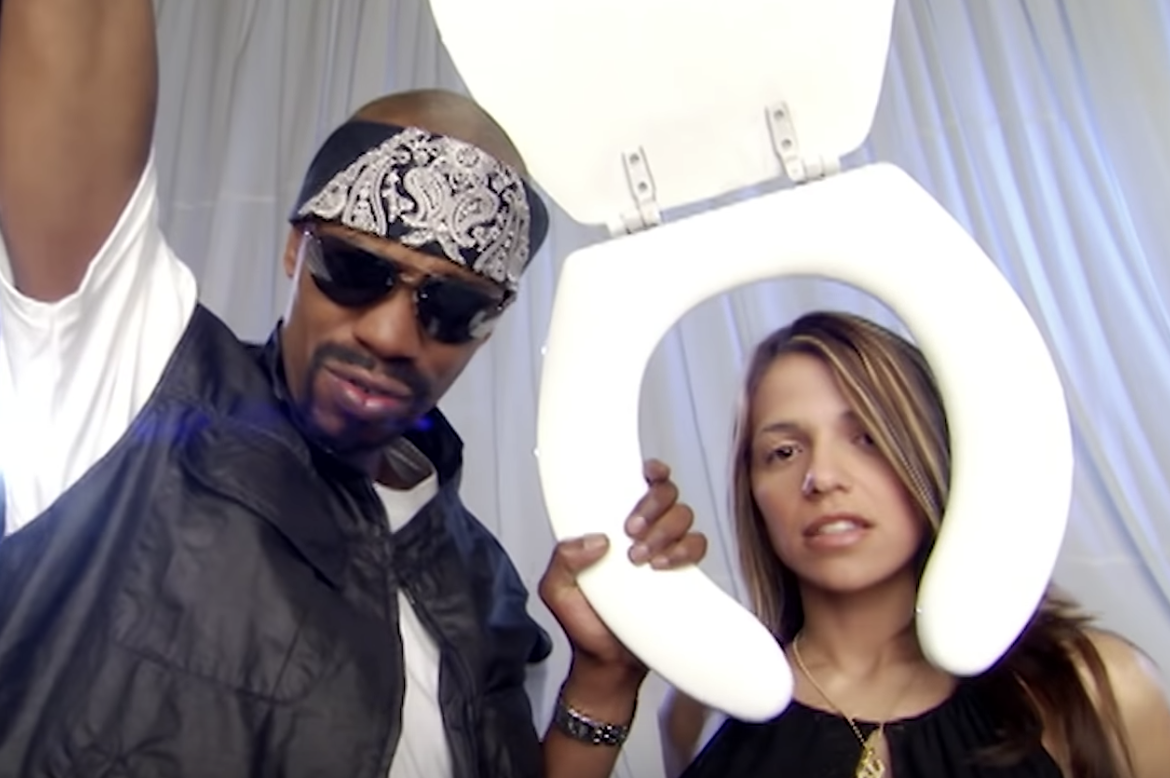 Dave Chappelle’s 2003 R. Kelly ‘Piss On You’ Video Told Us Everything We Needed To Know

This video is an addendum to last week’s rapist-empowered Xtina post, because it really exemplifies just how delusional we can be towards a musician if we think his songs are damn bops. R. Kelly has been a know sexual... READ MORE

It takes a certain amount of balls to walk into any entertainment club with outside food or drink. You can easily end up injured by the stocky 7 foot Samoan bouncer forced into a security career due to his... READ MORE

Dave Chapelle did a show in Detroit which mostly entailed him smoking cigarettes and playing I Spy with himself while his body went into hibernation mode. He took the stage an hour late, although the crowd was for some... READ MORE

A guy was arrested for throwing a banana peel at Dave Chappelle during a live show and striking him in the leg. Christian Englander was booked on disorderly conduct and battery. He claims he had eaten the banana earlier... READ MORE

Prince Gets Meta On His New Album Cover

Prince’s new album cover for “Breakfast Can Wait” isn’t a picture of the real prince, it’s Dave Chappelle. The picture is a screengrab from a classic sketch on Chappelle Show in which Charlie Murphy tells the tale of playing... READ MORE

Monday headlines, with romance and fitness

DAVE CHAPELLE – walked around NYC this weekend, and if you’re wondering what he’s been doing since he left ‘The Chapelle Show’, the answer apparently is, “millions of push-ups.” ( READ MORE

Thursday headlines, with the return of Dave Chapelle

DAVE CHAPELLE – is creating a new show that will air on a subscription service like Netflix or Hulu, where all the best comedies are found. (the daily) TUPAC – would have been 40 today, and his 1996 murder... READ MORE